The beginning of February marked the return of Australia's Got Talent, one of the country's most-watched TV shows.

Over the last three weeks local Australian talent has been showcased on Channel Nine. However, this year there's a new guest getting on board. 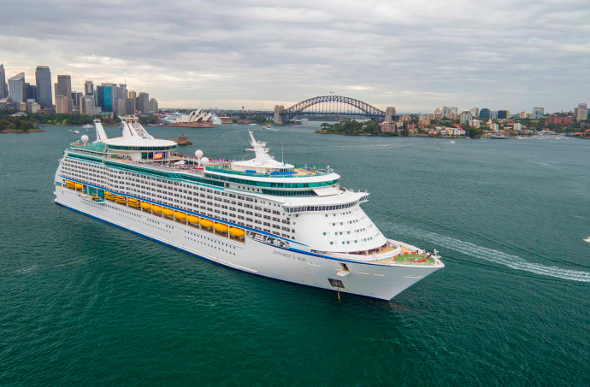 “Royal Caribbean is incredibly proud of its world-class onboard entertainment, so we’re thrilled to partner with one of Australia’s favourite television programs and showcase the very best of Aussie talent,” said Adam Armstrong, commercial director, Royal Caribbean International.

Viewers now have the opportunity of voting contestants back into the competition as Wildcards, but only one Wildcard will take home a bonus prize: a cruise holiday on Royal Caribbean's Explorer of the Seas.

Anyone who votes on the Wildcards also has a chance to win a cruise for two on Explorer of the Seas when it travels to New Zealand over 11 nights in April this year (includes return economy airfares).

Interested in the Anthem? In Pictures: Royal Caribbean's Anthem Of The Seas

Looking for a couple's escape? Romance At Sea With Royal Caribbean 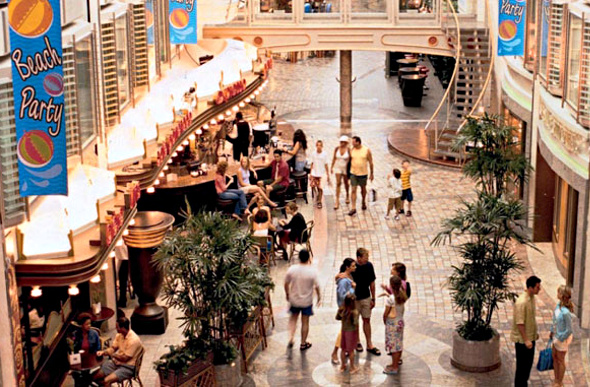 Passengers inside the ship, which is so huge it's more like a moving town (Image: Royal Caribbean International)

Explorer of the Seas is the cruise line's newest state-of-the-art vessel, which packs in a slew of onboard activities and entertainment, including a 3-D cinema, FlowRider surf simulator, regular evening shows and an ice-skating rink.

Foodies will be able to help themselves to gourmet meals at Izumi Japanese Cuisine, Johnny Rockets and Giovanni's Table, along with more dining outlets.

“Royal Caribbean is known the world over for its fantastic entertainment: from Broadway style shows and ice-skating spectaculars to incredible aerial displays, we set the cruise industry standard for entertainment.

"And if you keep a close ear out, you’re likely to hear many an Australian accent amongst our talented team of singers, dancers and musicians. What’s more, all of this entertainment is included in your cruise fare, for no extra charge,” said Mr Armstrong.

Explorer of the Seas royal caribbean