5 Of The World's Most Gay-Friendly Cities

5 Of The World's Most Gay-Friendly Cities

What are the world's most gay-friendly cities?

A very liberal city with a high LGBTI population makes Tel Aviv more than just a hub of amazing beaches and cafes. Gaycities.com dubbed Tel Aviv 'the gay capital of the Middle East … exotic with a Mediterranean c'est la vie attitude’ after the Israeli city trumped New York as the world’s best gay city in their reader poll a few years back. From Tel Aviv Pride Week to each and every day on famous Shenkin Street, free gay city tours and shopping/eating/clubbing on Rothschild Boulevard – Tel Aviv is a city for everyone.

I asked a friend to sum up the LGBTI scene in Germany, to which he quickly replied ‘wild nightlife, liberal sex scene and hot Germans’. Berlin has something for everyone, from the candy store of bars, clubs, saunas and nights that meet all tastes imaginable right through to gay museums, archives, a Holocaust memorial and modern mainstream beaches and districts like wild Schöneberg, original pink hub Prenzlauer and hipster central Kreuzberg & Neukölln. Berlin’s first openly gay mayor – Klaus Wowereit was in office for 13 years to 2014.

Beyond the fact that, well, it’s Melbourne, this cosmopolitan capital also happens to be building a Pride Centre dedicated to LGBTI culture the city says will rival San Francisco's LGBTI Community Centre. Melbourne boasts a bevvie of bars, clubs, restaurants, shopping and gay and lesbian events from International favourite Melbourne Queer Film Festival through to your popular Sunday afternoon drinks at the Railway Hotel. A trip to the nearby town of Daylesford lands you among the country’s top mineral springs and a large population of LGBTI that bring together Australia’s largest country queer festival Chillout Festival.

San Francisco has long been heralded the gay capital of the US (think Harvey Milk, the Castro and beyond) but liberal and well-dressed New York is one of the world’s most gay-friendly destinations too. For starters, NYC is home of the Stonewall riots which took place in Greenwich Village in the late ’60s and practically launched the gay rights movement. From West and East villages to Hell's Kitchen and the Theatre District and every kind of party, event and offering (including Lesbian Herstory Archives) in between – as the city’s official tourism body says ‘Pride is more than just an event—it’s a way of a life’..

#FlashbackFriday Here's a shot from 2011 of the @nyulgbtq Student Center at The March!

A photo posted by NYC Pride (@nycpride) on

Amsterdam is not only hosted last year’s Europe-wide EuroPride but the Netherlands was the first country in the world to legalise civil marriage for same-sex couples. So liberal is Amsterdam that homosexuality was decriminalised there in 1811 and the city’s first gay bar opened in 1927. This progressive city also provides an official gay and lesbian info kiosk known as PinkPoint next to the Homomonument (not a typo - a tribute to the many gays and lesbians who lost their lives in World War II) on Westermarkt. Popular districts include trendy Reguliersdwarsstraat, Kerkstraat and Warmoesstraat in the Red Light district.

A photo posted by DFDS UK (@dfdsuk) on

Check out our DEALS page for our latest flights, tours & more or get in touch with us to plan your next amazing holiday! 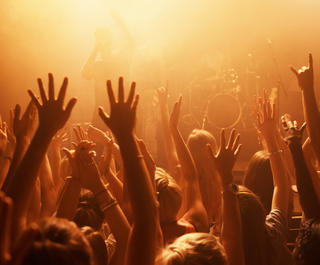