The World's Best Places To Get Your Kit Off

The World's Best Places To Get Your Kit Off

Some travellers like to shrug off more than their cares when on holiday. To feel truly liberated from the tyranny of pressed shirts and social conventions, they go starkers. That's right: skin to the wind. Unclothed. Exposed. Nekkid.

Whether you proudly let your naturist flag fly or are perhaps just a little bare-curious, there are plenty of places around the world where you can drop trou without embarrassment or risk spending a chilly night in lock-up.

Leave the budgie smugglers at home for this one – all you'll need is your swagger and perhaps some high-strength sunscreen. 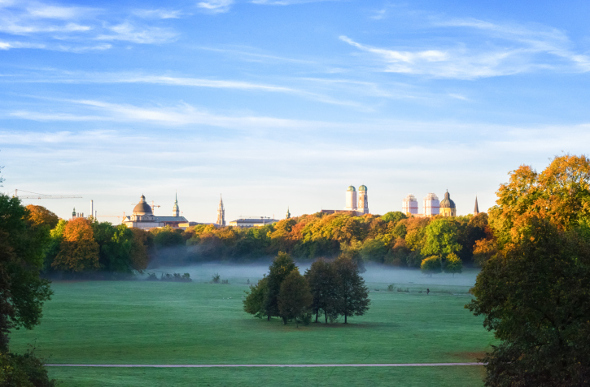 Enjoy the great outdoors a la Adam and Eve

It's a beautiful, sunshiny day in the heart of Munich. You decide to pack a picnic and head to the Englischer Garten – the largest public park in town.

Alongside the Japanese tea house and surfers hanging ten on artificial waves, you'll likely come across plenty of people frolicking freely in their birthday suits.

Munich has six designated urban naked zones, where anyone can enjoy the great outdoors without being constricted by linens and spandex. They were established, it seems, to allow residents to shake off the stresses of bustling workaday Munich.

While the Bavarians live by a leben und leben lassen (live and let live) philosophy, taking photos of topless/bottomless park dwellers is a no-no. 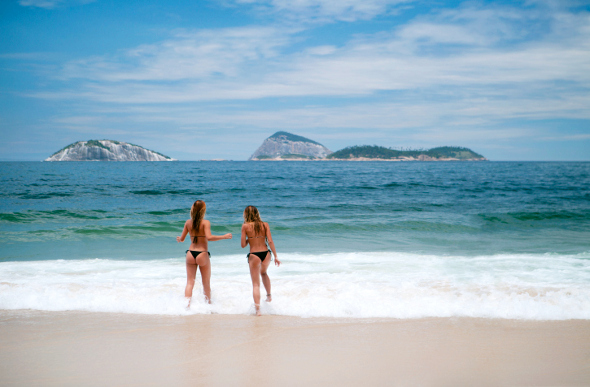 The girls from Ipanema... are all heading to Abrico!

As the birthplace of itsy bitsy teeny weeny bikinis, Brazil appears incredibly open-minded when it comes to embracing the human form. It may surprise you to know that the first designated nude beach was established in Rio only last year.

The secluded Abrico Beach – about 40 kilometres west of central Rio – has been a haven for exposed beach-combing for years, but it wasn't until 2014 that it became legal to sunbathe here in the buff.

Keep in mind that most other beaches in Brazil are swimsuit-mandatory – there are only eight official nudist beaches along Brazil's whopping 7,400 kilometres of coastline. That said, what happens at Carnival, stays at Carnival. 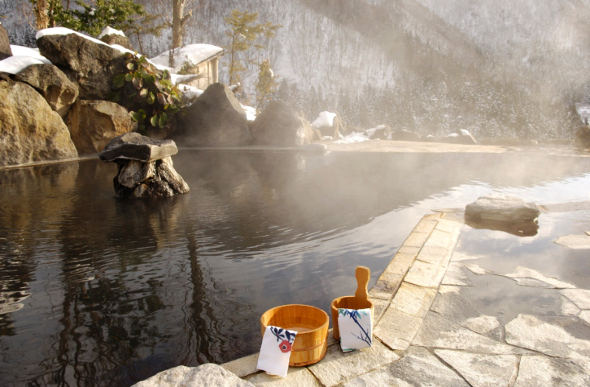 Throw your kimonos and modesty to one side and get ready to partake in the most intimate pool party of your life at a Japanese onsen (hot spring).

Choose your onsen experience wisely. Traditional hot springs in Japan are very ... traditional in their approach. You don't want to turn up ready to soak your troubles away, only to be shooed from the premises.

Most 'gaijin' (foreigners) will want to find an onsen that (a) welcomes non-Japanese, (b) is accepting of any tattoos you might sport, and (c) possibly has private mixed-gender pools suitable for couples.

There are dozens of onsen to choose from in Japan, but Jigokudani is the most well-known thanks to the cheeky local macaques who are partial to a warm bath. 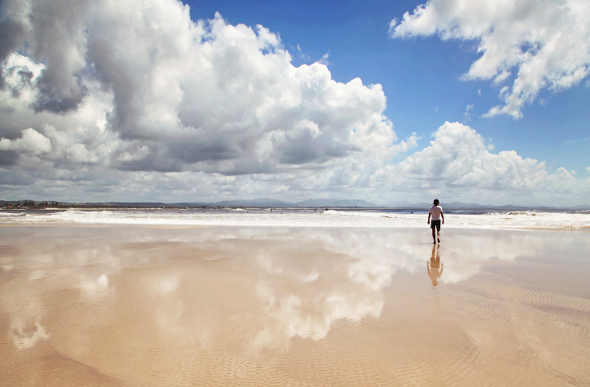 Nothing but blue skies and open minds in Byron

Turning attention to our own backyard, free-lovin' Byron Bay is one of the best places in Australia to go skin-to-the-wind.

Fists were shaken a couple of years ago at Belongil Beach, but the local council dug its heels in. "It's been a time-honoured experience to whip the clothes off and have a swim," one councillor said.

The beautiful Belongil Beach, just north of the town's centre, is part of the Tyagarah Nature Reserve and is an appropriate spot for naturists of all ages.

It's not uncommon to see a mix of families, surfers, clothed and unclothed folk enjoying this beach so keep the Free Beaches Australia motto in mind: "Be nude, not lewd." 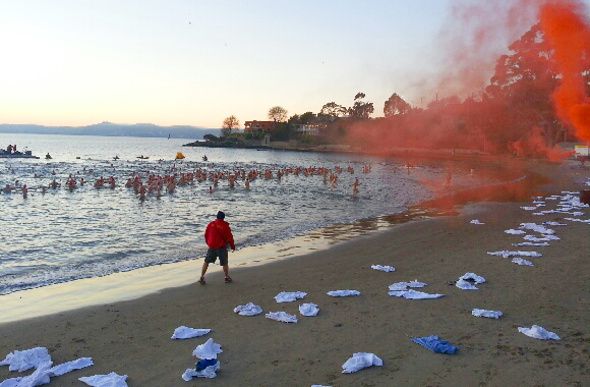 Shed your inhibitions and your underwear in Hobart

At the 'crack' of dawn on the winter solstice, the waters of the River Derwent reach a balmy 11C. Out of the darkness emerge hundreds of blobular shapes. Only when your eyes adjust do you realise you're staring at a horde of people who are about to dive into the icy water sans swimmers.

The R18+ nude solstice swim is a proud tradition of Hobart's Dark Mofo festival at the Museum of Old and New Art (MONA), last year attracting a record 700 bare-bottom plungers.

The late June event is free – because who would pay for something like this? – but numbers are capped, so register early. The experience is said to be 'exhilarating', no doubt for more reasons than one. 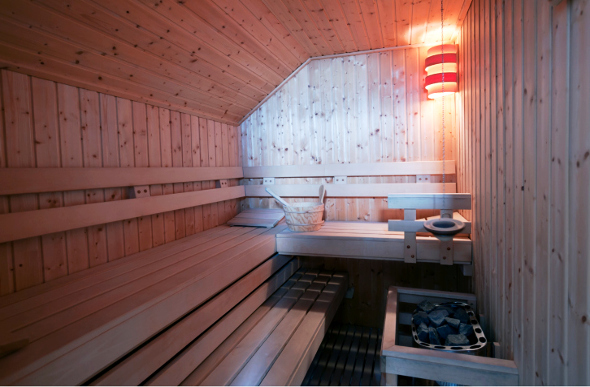 There is no sauna without Finland; no Finland without sauna. Getting familiar with Finnish culture and Finns themselves means one thing: getting steamy in a little wooden box.

The sauna has long been held as a place for physical and spiritual cleansing, as well as high-risk business mergers and family get-togethers.

If you're truly open to new experiences and pushing your personal boundaries, making small-talk in a Finnish sauna should rank high on your score sheet.

Get a little hot under the collar with a few strangers and you'll soon realise, we're all the same – we all take our pants off one leg at a time.