Eastern Europe used to be scary, right? What with the Iron Curtain casting its grim spectre over most of the continent and all. But the toppling of Communism has opened the doors to a new wave of visitors and many are travelling to this once-forgotten corner of Europe for one reason alone.

Heading east of the Oder? Then don’t forget to pack your dancing shoes, because Eastern Europe is on the verge of being renamed Party Central. So sit back with a cool drink and the sort of soundtrack which keeps you warm and fuzzy, because Universal Traveller is about to bring you the top 5 places to party in Eastern Europe. 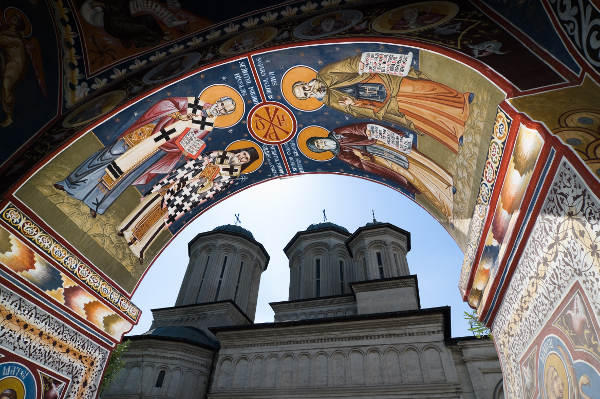 The Romanian Revolution of 1989 cast off the oppressive shackles of socialism and shone a spotlight on the country’s cultured capital Bucharest. While the monumental Palace of the Parliament still looms large over the city, these days the back streets of Bucharest buzz with something other than political intrigue.

Though few are more than five years old, Bucharest is nevertheless teeming with clubs, pubs and places to get your party on. Some like the eternally popular Club A are little more than most student pubs, while others such as the sprawling Player Summer Club are full-scale nightclub productions. Wherever you end up, you’re bound to enjoy yourself in one Eastern Europe’s trendiest cities.

The Czech Republic might boast Prague and the beer halls which dot its medieval city streets, but those in the know have instead been heading to Belgrade to dance the night away. Once the scene of bitter modern warfare, today the capital of Serbia is rebuilding at a rapid rate and it packs a formidable punch when it’s time to party down.

Belgrade is renowned for its sophisticated café culture, though it’s not soy lattes the kids are sipping once the sun sets. The city plays host to some notoriously cheap nights out, so stroll down to Strahinjića Bana, raise a glass in one of the city’s many heaving bars and shout out a hearty ‘Živeli’ to one of Eastern Europe’s most vibrant nightspots.

The sun rises in the east, or so they say, and located on the outermost eastern edge of Europe is one of the continent’s best-kept secrets. Bulgaria’s third-largest city Varna is a veritable haven of hedonism, with this stunning Black Sea resort boasting picture-perfect beaches and a thriving, disco-fuelled nightlife.

The city is a honeypot for holiday-makers from other parts of Europe, so chances are the cute blonde you’re dancing next to is Danish rather Bulgarian. Wherever your fellow party-goers are from, they’re sure to have a good time in the countless nightclubs and discotheques dotted along the shoreline. Best to steer clear of shady characters in dark glasses though, as occasionally they’re linked to the Bulgarian mafia. 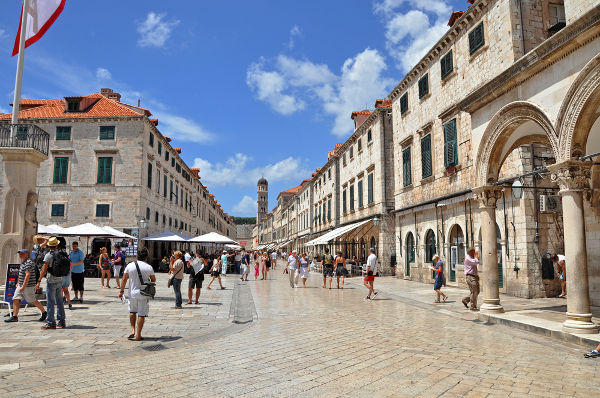 By day Dubrovnik shimmers in the bright Adriatic Sea sunlight but by night, it’s one of Eastern Europe’s hippest places to party. This historic Croatian gem is staggeringly beautiful in the daytime, boasting a medieval Old Town fringed by ancient city walls, while its sun-kissed Mediterranean beaches are renowned as some of the finest in the country.

Come nightfall, the young and young-at-heart descend on Dubrovnik’s pubs and clubs to transform this sometimes docile tourist town into a sizzling soiree. And while the city may lack the variety of nightlife on offer in other parts of Eastern Europe, it more than makes up for it in sheer jaw-dropping beauty, making Dubrovnik the perfect place to let your hair down after a solid day’s sight-seeing.

Where once the snow fell sombrely on war-torn Sarajevo, today the capital of Bosnia and Herzegovina is making up for lost time. Scarred by intense street-fighting at the height of the Yugoslav Wars, Sarajevo has bounced back to become a beacon of the Balkans and one of Eastern Europe’s trendiest travel spots.

Sarajevo’s pubs and clubs overlook one of Eastern Europe’s prettiest town centres and its vibrant nightclub scene kicks into gear around midnight when the bars begin to close. Though the pock-marked streets are a reminder of a dark past, today the city’s residents are focused on the future, with Sarajevo regularly voted one of the coolest places to party in all of Eastern Europe.

For the latest deals on travel, browse our great range of offers online, call 1300 413 296 or visit your local Flight Centre here.