Papeete is nothing short of an island paradise. Whether swimming in the crystal clear lagoons or hiking the scenic hinterland, you can't help but be seduced by the city's sultry charm. 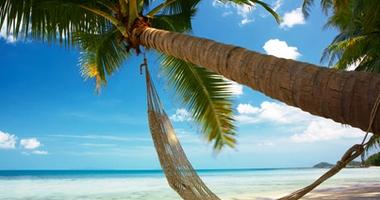 Relax and unwind in paradise
1

Tahiti is the largest of the Polynesian Islands. Its capital Papeete is located on the northwest corner of the island. The city is a major shipping crossroad and has suburbs sprawled around the surrounding mountain and along the coastline in both directions. Papeete has the largest population in Tahiti and a lively mix of French, Polynesian and Chinese cultures.

As soon as you get to Papeete, hire a car or take a guided tour of the island. It takes less than three hours to drive around the whole island and you can see many of the island's beautiful views along the way. If you're in the mood for more exploring, discover what lies beneath the sparkling Tahitian seas by snorkelling the surrounding reefs. On land, you can watch local surfers in action, tour Vanilla plantations or see the world's largest Tahitian pearl at the Robert Wan Pearl museum.

You won't need to venture far from the port for an amazing lunch. For authentic island food at incredibly cheap prices, try the Tahitian roulettes (French for caravans) located just near the port.

The city's bustling and colourful Le Marche market is a wonderful place to explore and get to know Papeete.

When locals say e aha te huru? They're asking 'how are you?' To answer that you're 'very well' you say maita'i roa.

Avoid the corny souvenirs and bring home a beautiful Tahitian black pearl that will last a life time.