Tee Off For Success At The North Island's Best Golf Courses

Tee Off For Success At The North Island's Best Golf Courses

There’s more golf courses per head of population in New Zealand than anywhere else, bar Scotland (where the sport was invented). No business trip to the country could be complete without a detour to some of the world’s best golf courses, which are surprisingly easy to get to. From former farming land converted to the world’s best golf retreats to courses less than an hour from Auckland’s CBD, there’s a championship course waiting for you in New Zealand's North Island. 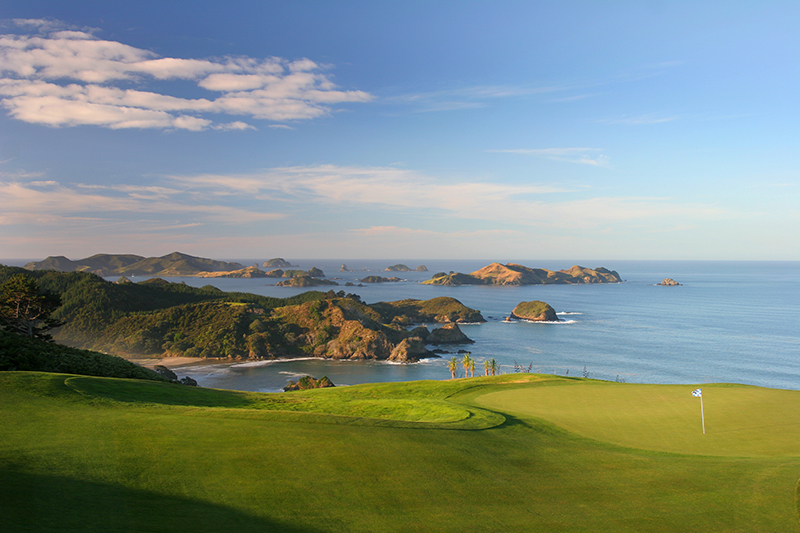 The 16th hole at Kauri Cliffs is one of the world's most scenic golf holes. (Image: Kauri Cliffs)

Kauri Cliffs is the perfect escape for business travellers – there’s an airport 25 minutes away in sleepy Keri Keri – but the golf course and lodge is located on an old sheep and cattle farm, which looks out across your own private piece of the country’s remote northern coastline. There’s only 22 suites and an owner’s cottage on site –  and the property has been voted the 'World’s Best Hotel' by everyone from Conde Nast Traveler to Travel & Leisure. But the golf course is actually the hero here – it straddles some of the most picturesque coastline in New Zealand’s North Island. 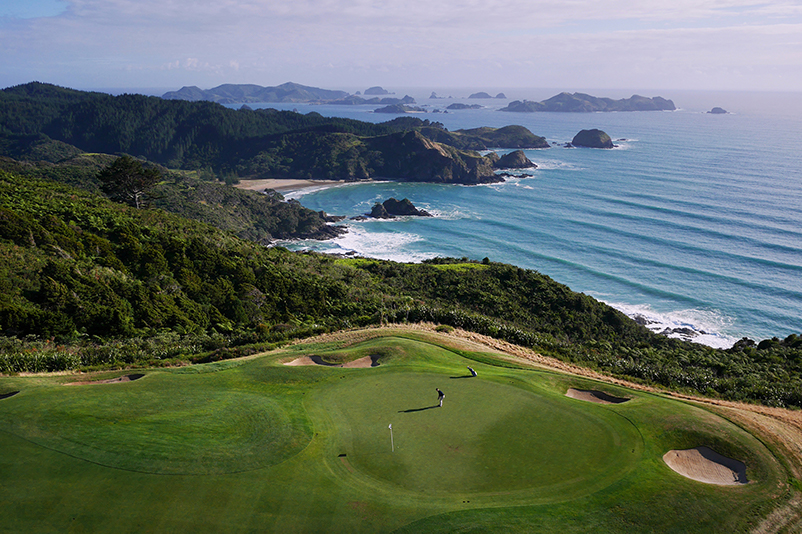 Fifteen of its holes have spectacular views of the Pacific, and six are played alongside cliffs that plunge right into the ocean. Tees are cut into the sides of cliffs, requiring tee-offs over chasms where coastal rainforest grows right to the water’s edge. Designed by world-renowned designer David Harman, this is surely the world’s most visually arresting course. The challenge for any golfer is overcoming the intimidation factor. There’s also three private beaches on site, hiking trails, a full-service spa and fishing right off the beach. 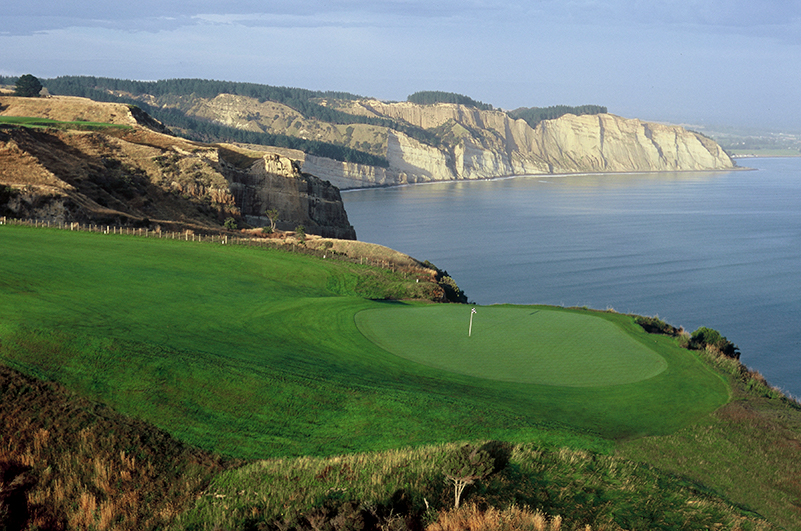 A sister property to Kauri Cliffs, Cape Kidnappers is easily accessed via Napier Airport from Auckland. But once you’re here you’ll feel detached from the rest of New Zealand. That’s because Cape Kidnappers is located on a private 2,400ha promontory, which includes a working sheep farm and one of New Zealand’s best lodges, The Farm. The golf itself is reason enough to visit; it’s ranked the 17th best on Earth by US golf bible Golf Digest. Designer Tom Doak created a course that weaves its way across the top of 200m-high sea cliffs. The back nine, in particular, takes in so much of the surrounding cliffs of the cape that golfers should be put in harnesses (especially on the 15th – dubbed 'Pirate’s Plank', with huge drop-offs on either side of the fairway). 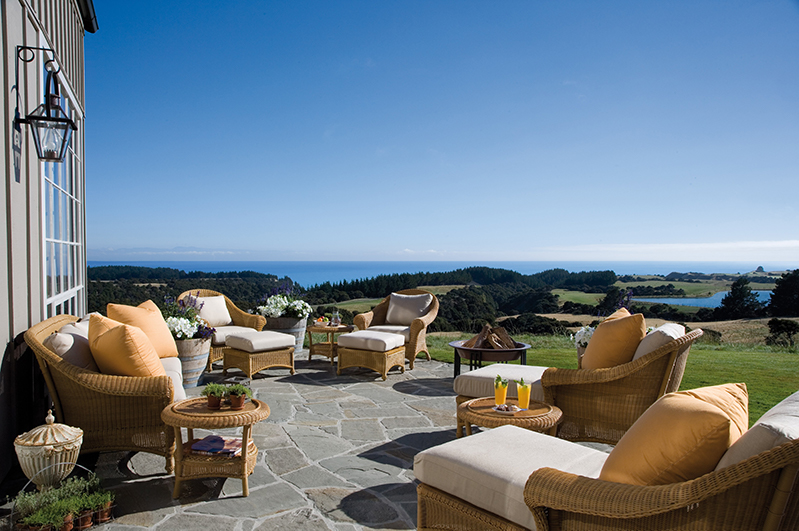 The course is consistently ranked New Zealand’s best, but the lodgings are just as impressive. There’s 22 suites and an owner’s cottage, all with 180-degree panoramic views of the golf course, the property and the Pacific (time your visit for when whales pass in winter). There’s also a day spa, 50km of hiking and biking trails and some of the country’s best cuisine. 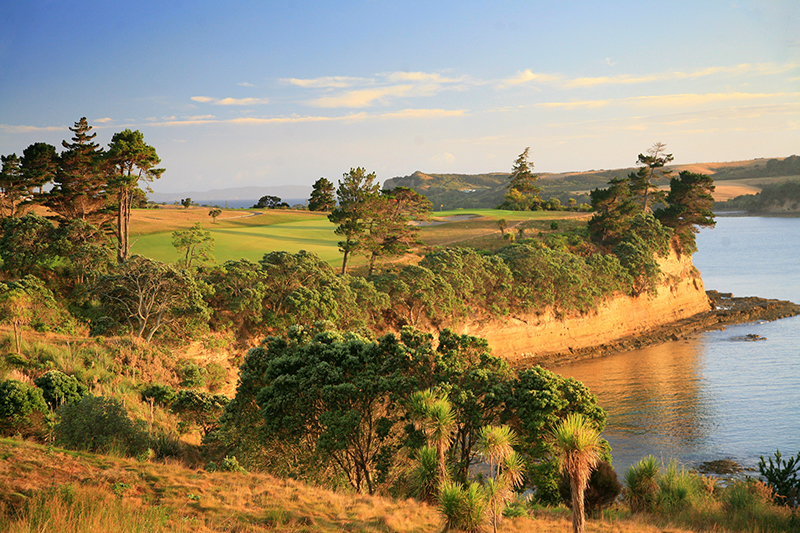 For business travellers who’d rather find an escape closer to the city, the best option can be found on Auckland’s Hauraki Gulf. It’s just a 45-minute drive from Auckland’s CBD, but the back nine holes at Gulf Harbour have golfers playing on the top of 200m-high cliffs, with views back over the CBD and out to the outlying islands of the Gulf. There’s signs on the edge of fairways here advising golfers not to look too hard for lost balls, such is the nature of the deadly topography. Located on a former cattle farm, the course has a links-style feel, and was designed by noted designer Robert Trent Jones Jnr. The signature hole is the 16th where the green sits at the point of a narrow peninsula with 270-degree ocean views (whales, orca and dolphin are sighted regularly offshore). Gulf Harbour has hosted everything from NZ Opens to the World Cup Of Golf (with stars of the calibre of John Daly and Nick Faldo). 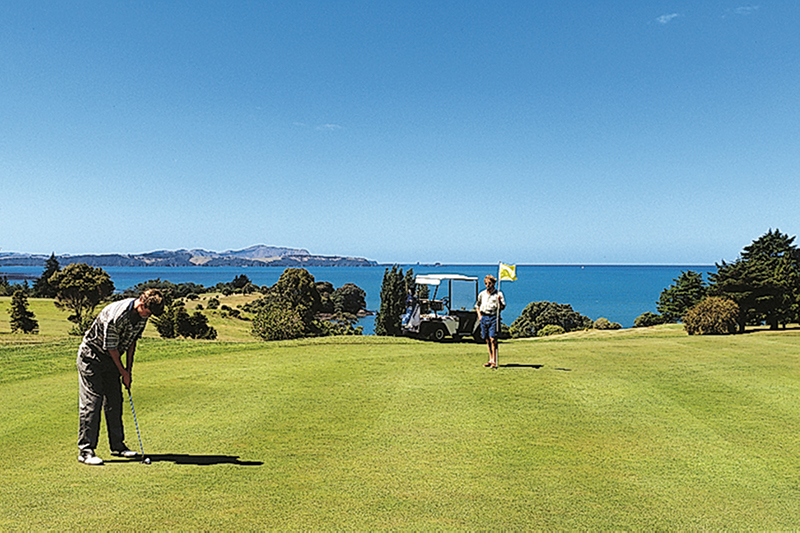 Waitangi Golf Club looks out across the Bay of Islands. (Image: Destination Northland)

Waitangi Golf Club is ideal for business travellers who want to combine a golf retreat with time in one of the world’s premier boating destinations, the Bay of Islands. There’s regular flights to Keri Keri – just 25 minutes' drive from Waitangi Golf Club – and the course is also just five minutes' drive from the country’s biggest cultural attraction, the Waitangi Treaty Ground (where the treaty between the ruling Maoris and European settlers was signed in 1840). Business travellers also have easy access to some of the country’s most stunning waterside retreats and the bustling towns of Russell and Paihea. But the course at Waitangi is gloriously understated. The view offered – especially on the back nine – is spectacular, looking out across the 144 islands of the region and the treaty grounds. Despite the world-class views (especially from the 12th and 13th tee-offs) there’s a cute country quality about playing here with members congregating in the clubhouse after rounds for cups of tea and sandwiches. 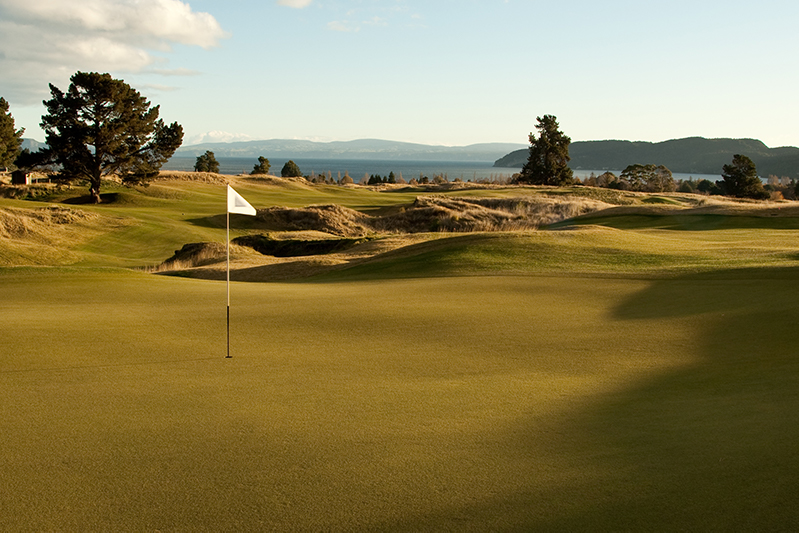 There mightn’t be the soaring sea views you’ll see at the four courses above, but instead, Kinloch Golf Club presents views of New Zealand’s largest lake, Lake Taupo. It’s easy to get here – fly for 45 minutes from Auckland then drive 20 minutes (helicopter transfers are also available). The course and accommodation are pure Scotland. 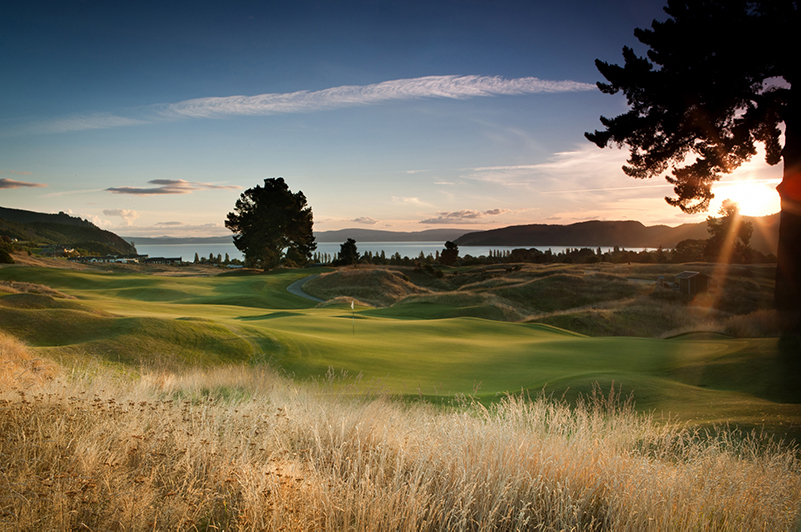 Designed by Jack Nicklaus (this is the only Nicklaus course in NZ), it’s a links-style course that’s arguably the country’s toughest. And the lodge beside it on this 254ha property is modelled on an old Scottish castle and has won awards for the country’s best hospitality architecture. You’ll feel completely isolated here – it never gets crowded – but golfers can be back in Auckland for business in an hour.