It’s gorgeous, it’s warm, and it floats in the Coral Sea like a green jewel. Hamilton Island in the Whitsundays has all those attributes you might expect from a Queensland island idyll – a kaleidoscope of coral, pristine white beaches, and waters beyond the dreams of blue. But there are a few things you might not have heard about this Great Barrier Reef gem ... 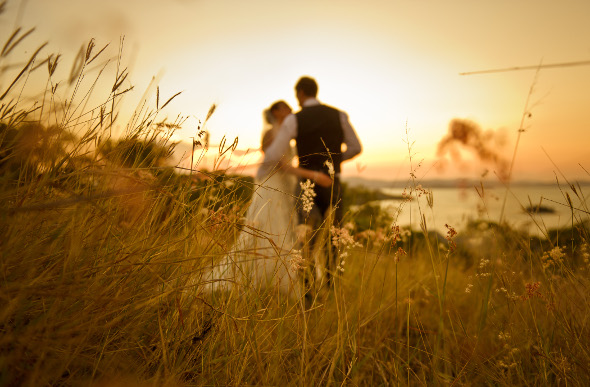 Each year Hamilton Island hosts about 500 wedding ceremonies, from elopements to extravagant affairs with hundreds of guests. And with an average temperature of around 27C, you can have your wedding in winter and still enjoy balmy weather.

There’s no shortage of beauty spots in which to hold the ceremony, from the quaint All Saints Chapel to gorgeous Catseye Beach, the stunning One Tree Hill lookout, and the ritzy Hamilton Island Yacht Club. Or you could fly off to nearby Whitehaven Beach on Whitsunday Island – and polish your wedding rings in the 98 per cent white silica sand while you’re there. 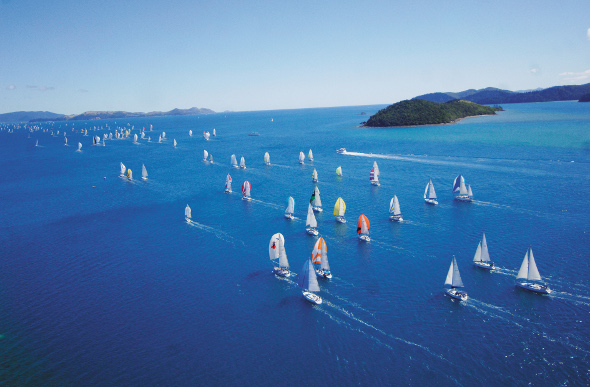 Little wonder, then, that the island’s showcase event is the Audi Hamilton Island Race Week, which has been going for more than 30 years and is a fixture on the international racing calendar. Hamilton Island Yacht Club was an early contender for the 2017 America’s Cup but has since withdrawn from the challenge. Hamilton Island Marina contains 251 berths, with an annual occupancy of 83 per cent. 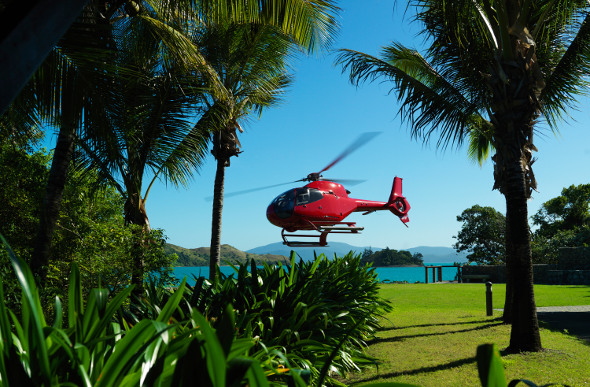 You never know who will drop in to qualia. Picture: Hamilton Island

The luxury resort qualia has attracted A-listers including Taylor Swift (who reportedly rented the entire resort and had media expelled from the island), Oprah Winfrey, Leonardo DiCaprio, Miranda Kerr and Orlando Bloom. Long before the Hollywood elite set foot on Hamilton’s white sands, Beatles guitarist George Harrison sought to escape the screaming hordes by building his own private getaway, called Letsbeavenue, on the island. And at least two films have been made on location – 1994’s Muriel’s Wedding, where Hamilton stood in for Hibiscus Island, and 2008’s Fool’s Gold.

4. The Golf Course Is On Its Own Island 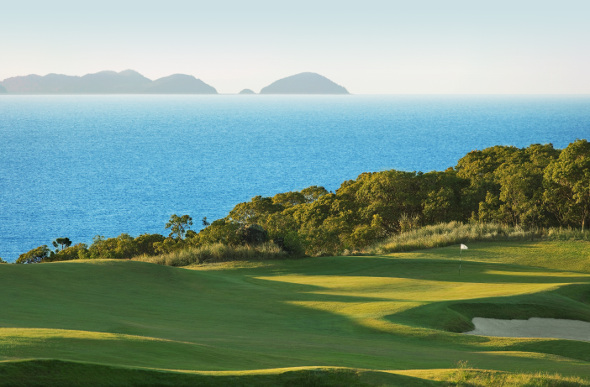 Hamilton Island Golf Club is actually on nearby Dent Island, a 10-minute ferry ride away. The 18-hole, par 71 championship course was designed by legendary Aussie golfer Peter Thomson – a five-time British Open winner - and is said to be one of the most challenging in the world.

It spans spectacular ridges and steep valleys and provides stunning, 360-degree views of the surrounding Whitsunday Islands and the Coral Sea. And when your golfing day is done, kick back on the balcony of the Clubhouse for seasonal produce and unending views. 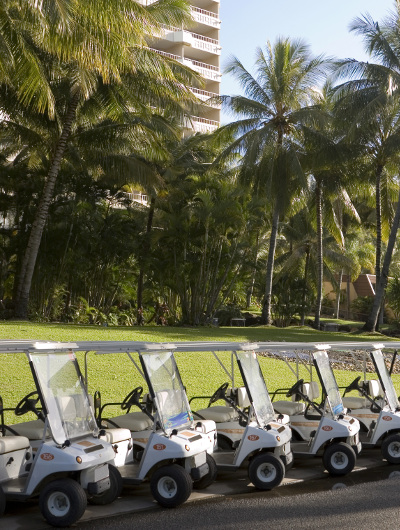 Buggies are the order of the day. Picture: Getty Images

In keeping with the golf theme, the primary mode of transport on Hamilton Island is the golf buggy. You can take a self-drive tour, or hire a buggy to get from A to B, although some accommodation includes a buggy. A driver’s licence is required, and booking ahead is advisable. There are very few cars on the island but there is a free shuttle bus if you prefer to leave the driving to others.

Visit your local Flight Centre store or call 131 600 for more advice and the latest deals on travelling to Hamilton Island. 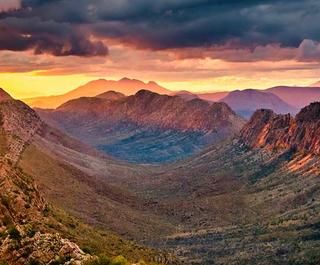 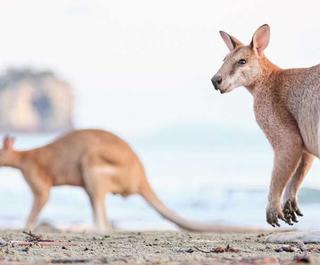 Queenslanders Can Now Drive 50km From Home - Here’s Where You Can Go
6 May 2020
As of the first weekend in May, Queensland has reopened its national parks, and declared the great weekend drive is once again an acceptable thing to
Read Time: 7.4 mins
Australia

12 Must See Stops On A WA Road Trip Along The Coral Coast
30 April 2020
If you’re thinking about taking an Aussie road trip this year, why not take the road less travelled. Western Australia’s Coral Coast spans 1,100
Read Time: 5.9 mins
Australia 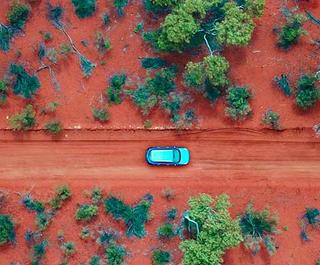 5 Aussie Initiatives We Love
5 March 2020
From hidden bush retreats to the best fresh seafood you’ve ever had, Australia’s country communities really do have so much to offer. But where do we
Read Time: 2.4 mins
Australia

The Coolest New Hotels To Hit North Queensland
26 February 2020
What’s the most covetable thing you can find in a hotel? How about personality? The Crystalbrook Collection, which has five properties around
Read Time: 6.0 mins