Though they just hate to admit it, even the proudest Hawaiian will (eventually) confess that the common belief that surfing originated in Hawaii is actually a myth. Polynesians have indeed been surfing for a thousand years or more, but it was the Polynesians of Samoa who did it first.

These days, Hawaii well and truly hogs the surfing limelight. But surfers visiting the sport’s birthplace in Samoa wouldn’t have it any other way. For this allows them to step off the surfing world’s increasingly well-beaten path, onto the perfect, unridden waves of the South Pacific’s best-kept secret. 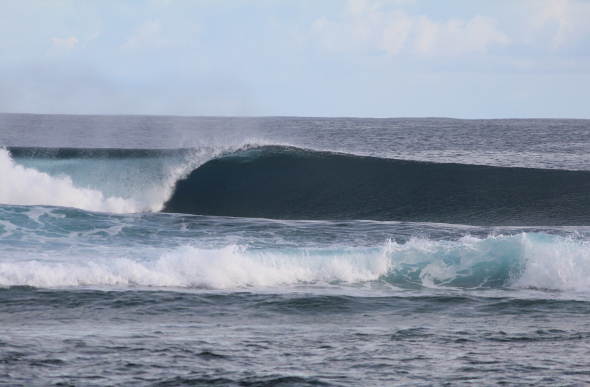 I’ve surfed Samoa for eight years and in all that time I’ve barely shared a single line-up with another surfer. And yet, Samoa is the proto-type for every travelling surfer’s fantasy: warm, clear water breaks onto coral reef passes creating perfect tubing waves, all framed by an empty coastline of coconut trees and white-sand beaches.

There are waves here to suit most riders, though beginners might be better served learning the sport away from the coral reefs found at every Samoan surf break.

Surfing in Samoa still makes you feel like a surf pioneer from the days of 60s cult surf flick Endless Summer. There's hardly a surf industry at all, so make sure you bring your own boards, leg-ropes and wax.

And unlike French Polynesia and Hawaii where tough tattooed locals rule local breaks with an iron fist, few Samoans surf. What’s more, while Hawaii only gets decent swell in winter, you can surf year-round in Samoa. 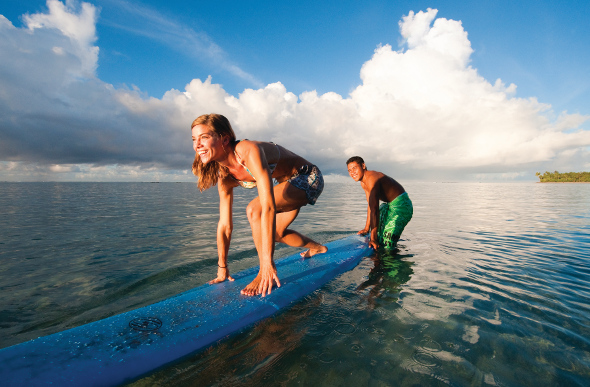 The country has two distinct seasons: dry season from May to October, which attracts huge swells up to three metres high; and wet season from November to April, when the swell size doesn't exceed 1.5 metres.

There are truly stunning surf breaks all over Samoa’s main two islands, Upola and Savaii. Most surf camps and hotels are set up on Upola’s south coast where the waves are most consistent.

Luxury surf resorts have been built here, giving surfers and their families more options than the simple wall-less huts of Samoa’s earlier times.

Those who prefer more adventure can take the ferry across to the big island of Savaii, 45 minutes from Upola. It’s less developed and has fewer tourists, and it’s as pretty as any island in the whole of Polynesia. 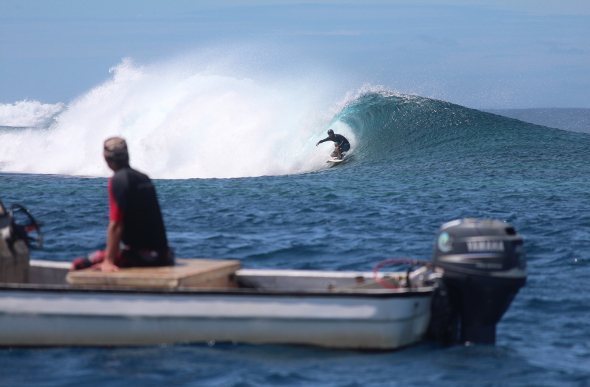 There are surf breaks on Savaii’s northern and more remote southern coastlines, which have still not been named or surfed. So go and stake your claim.

There are also more than 40 known reef breaks in Samoa, so even at peak times it’s rare to get crowds in any line-up.

Samoa has surf resorts to suit almost every type of rider (except complete beginners). Most of the up-market surf resorts are located on Upola’s south coast.

Sleep in luxurious bungalows right on the beach on Upola’s south coast with plenty of non-surf options included for the rest of the family. 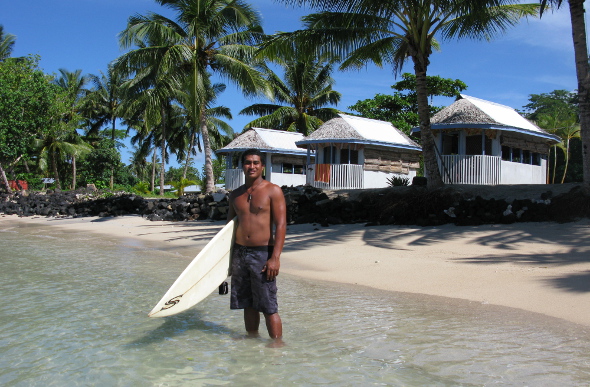 Located right beside the Sinalei, Coconuts has all the luxuries of a high-end island resort, but caters for surfers with guides available to take you to nearby reef breaks.

Stay in simple fales (wall-less huts) built metres from the lagoon beside Sinalei Reef Resort & Spa or in beach-side apartments with access by boat to Samoa’s most consistent breaks.

Join a maximum of just seven other surfers staying in the middle of uncrowded breaks with an Australian surf pioneer as your guide.

Visit your local Flight Centre store or call 131 600 for more advice and the latest deals on travelling to Samoa.