BYO Broomstick: Let Magic Be Your Guide On A Harry Potter-themed Holiday Around The UK

BYO Broomstick: Let Magic Be Your Guide On A Harry Potter-themed Holiday Around The UK

It’s hard to believe how quickly time has flown, but it’s been 20 years since JK Rowling introduced us to a certain bespectacled boy wizard in Harry Potter and the Philosopher's Stone. Translated into about 80 languages, the novel and its six sequels have cast a dramatic spell over popular culture, boosted by the box-office movie adaptations starring Daniel Radcliffe and Emma Watson.

But while 2017 has seen a raft of milestone festivities for Potterheads to enjoy, the magical world created by JK Rowling can and should be celebrated at any time. The chance to immerse yourself in the real-life places that inspired the stories and enchanting filming locations, and, of course, to watch the next chapter in the saga, are just some of the reasons for families – and even the young at heart – to plan a trip to Harry’s birthplace. These highlights of a Potter-themed travel itinerary around the UK are sure to bewitch...

Harry Potter and the Cursed Child 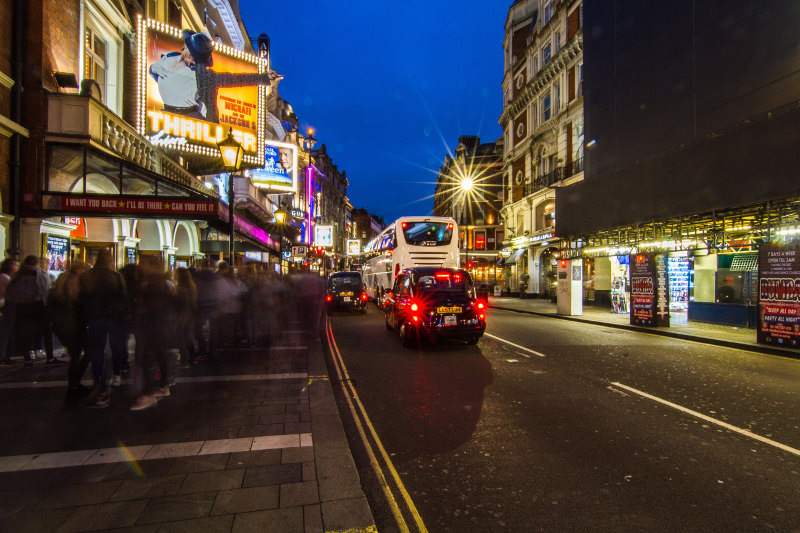 London's West End is where you can see Harry Potter and the Cursed Child, if you're lucky! Image: Getty

Picking things up 19 years after the conclusion of the seventh book, Harry Potter and The Deathly Hallows, this award-winning play was co-written by JK Rowling especially for the stage. If you don't have a magic wand, you'll need patience and good fortune to get tickets for the Cursed Child, a two-part extravaganza that is running until at least July 22, 2018 at The Palace, a flamboyant red-brick Victorian theatre in London's West End.

Each Friday at 1pm (UK time), 40 tickets, dubbed 'The Friday Forty', are released online for every performance the following week, while returned tickets can also become available and re-sold on a first-come, first-served basis (online or in person at the theatre box office). Just around the corner from The Palace, the House of MinaLima (26 Greek Street) is a cute gallery that stocks a variety of Potter-inspired arts, prints and stationery. It's run by Miraphora Mina and Eduardo Lima, who both worked on the graphic design for the Potter films and the equally enigmatic 2016 spin-off, Fantastic Beasts and Where to Find Them. 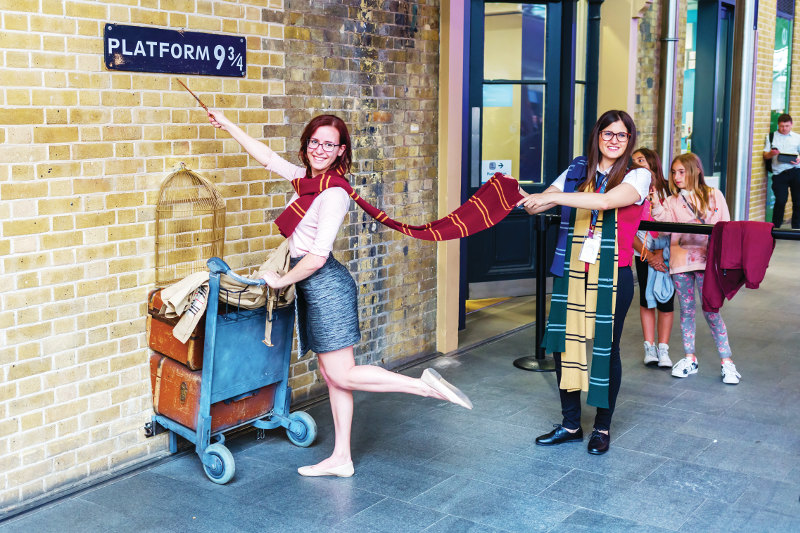 The magical Platform 9 3/4 entrance at Kings Cross Station will be familiar to Potter fans. Image: Getty

There are myriad ‘Potterspots’ dotted around the British capital that you can discover on guided (coach or walking) tours or by yourself. The most popular place of pilgrimage is undoubtedly King's Cross railway station. Nestled in the shadow of its spectacular neo-Gothic neighbour, St Pancras, this was where Harry and his pals boarded the Hogwarts Express to the Hogwarts School of Witchcraft and Wizardry. Mere muggles (people with no magical powers) happily queue for a picture by a plaque of King's Cross' fictional Platform 9 ¾ and explore a souvenir shop packed with Potter paraphernalia, such as satchels, wands, furry Hedwigs (Harry's pet owl) and personalised Hogwarts acceptance letters. 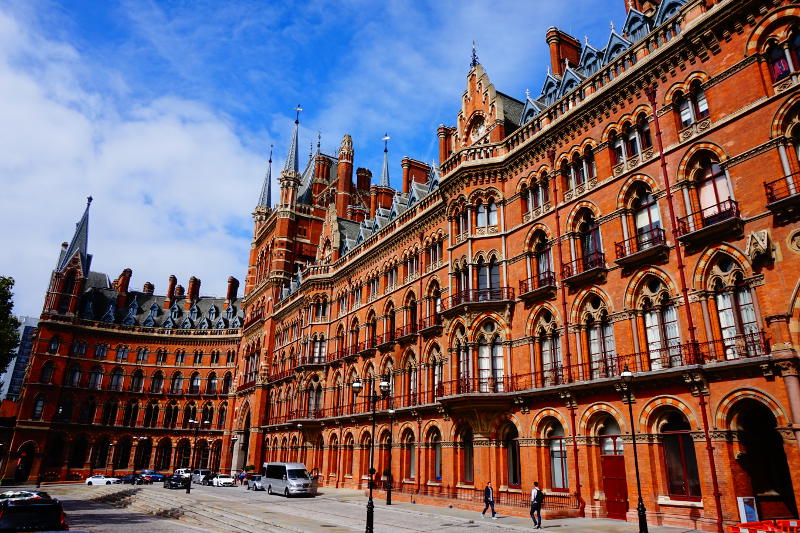 A five-minute walk away, at the British Library, the Harry Potter: A History of Magic exhibition (October 20, 2017 to February 28, 2018) presents a range of wizarding books, manuscripts and objects, including some from JK Rowling's archives. Topics span everything from medieval descriptions of dragons and griffins to the origins of the Philosopher's Stone. London Zoo is another favourite place for Potterheads, not least the snake-andfrog- filled Reptile House. This was where Harry freed a python after learning he could speak Parseltongue (the language of serpents) in the first book of the series.

Arguably the quirkiest Potter-themed activity in London is quidditch. A ball game featuring players on broomsticks, it was the wizarding world’s most beloved sport and has spread across the UK, with teams competing in a national league. The London Unspeakables team train every Saturday (noon to 4pm) on Clapham Common, near Clapham South Tube station, and run regular free try-out quidditch sessions for men and women.

There's nowhere better to indulge your inner Potter geek than this awe-inspiring attraction, a 30-minute rail trip from London Euston, followed by a short connecting journey on a double-decker bus covered in Potter livery.

Occupying the sprawling Leavesden studios where the movies were produced, the tour showcases the original costumes, props and sets, while revealing behind-the-scenes secrets about the series' special effects and animatronics. After a guided introduction in the Great Hall of Hogwarts, you're free to explore, by the book-laden office of Hogwarts headmaster Albus Dumbledore, the bottlecrammed Potions classroom of Severus Snape and the common room where Harry cosied up with friends Hermione Granger and Ron Weasley. You can also wander along the eclectic store-lined Diagon Alley, hop on the Hogwarts Express (a 1937-built British steam locomotive adapted for the movies) and then roam through the Forbidden Forest, the tour's newest draw – a creepy tree-filled space that was usually off-limits to Hogwarts students.

If you're peckish, you can sample Hogwartish snacks and drinks such as butterbeer, a non-alcoholic tipple that tastes like shortbread and butterscotch (alternatively, go for the butterbeer icecream). The studio tour is incredibly popular with fans from around the world, so to avoid disappointment, book tickets online at least a month in advance. 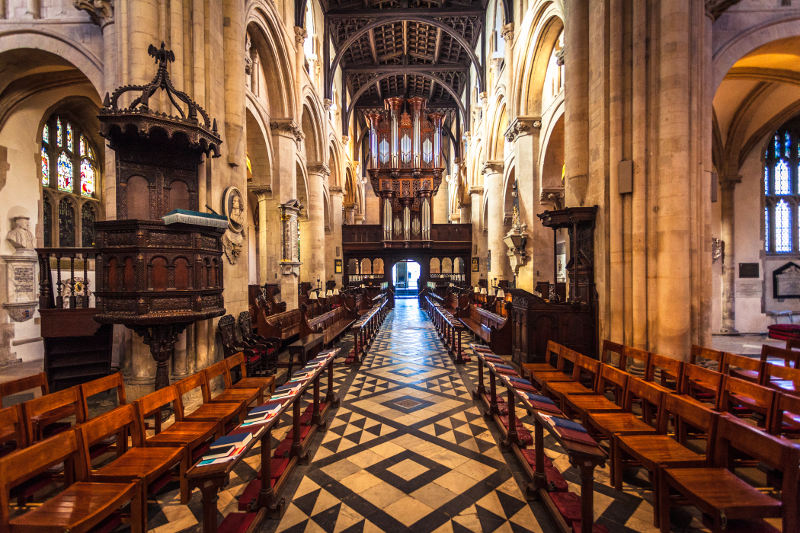 Christ Church, Oxford University, is a familiar location to those who love the Harry Potter films. Image: Getty

Nicknamed 'The City of Dreaming Spires', Oxford has long captured the imagination of fantasy readers, writers and moviemakers. JRR Tolkien (The Hobbit and Lord of the Rings), Lewis Carroll (Alice's Adventures in Wonderland), CS Lewis (The Chronicles of Narnia) and Philip Pullman (His Dark Materials) were all inspired while studying and teaching at the city's world-famous university. 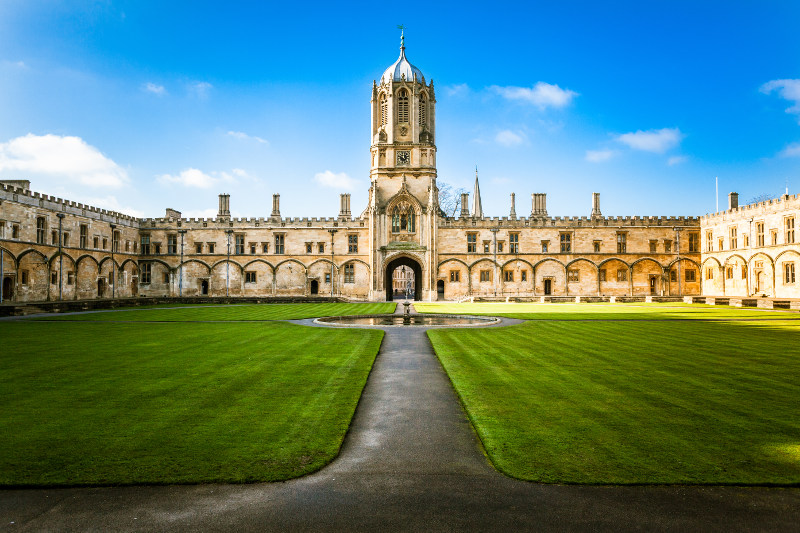 Just as impressive from the outside: Tom's Tower at Christ Church, Oxford University. Image: Getty

Potterheads will also be in their element, ambling around the leafy, picturesque grounds of the various colleges, including Christ Church and New College, which both stood in for parts of Hogwarts’ hallowed grounds in some of the movies. Potter-themed walking tours guide you through the cloistered corridors, atmospheric halls and libraries, and you should also check the listings at the Oxford University Harry Potter Society. Most of its events – such as film screenings, discussions and Potter quizzes – are open to non-members. 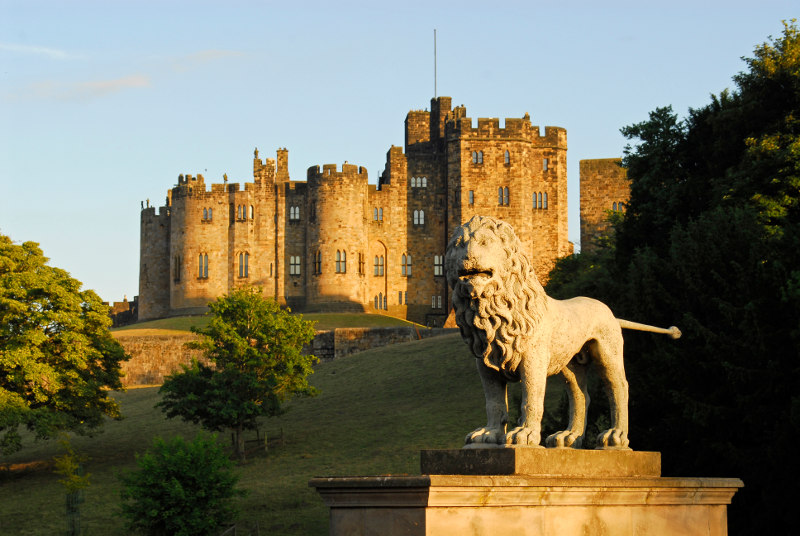 Another heritage building to double up as Hogwarts, Alnwick (pronounced ‘Annick’) Castle is one of the jewels of the remote and starkly beautiful Northumberland coast in the northeast of England. Nestled 8km inland from the North Sea, this imposing medieval stately home, which is surrounded by magnificent gardens and a quaint market town, has really embraced its role in the Potter saga, even running broomstick-training sessions on the spot where Harry (well, Daniel Radcliffe) had his first flying lesson. 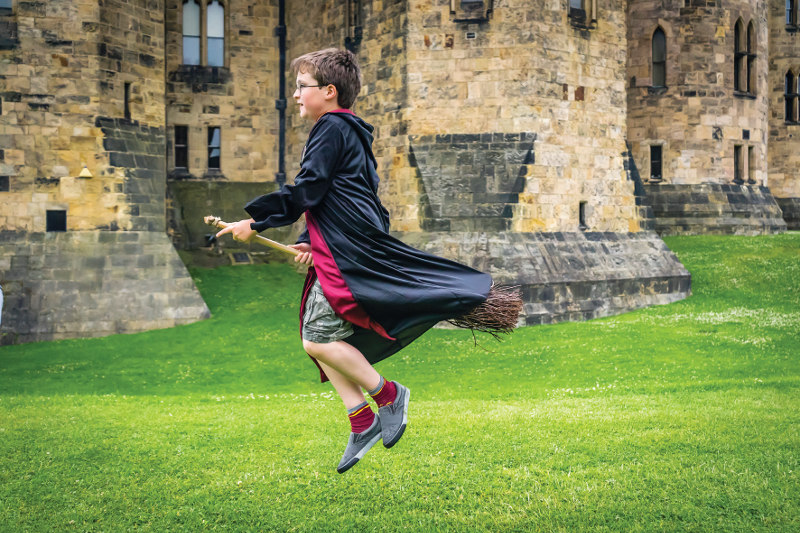 Hosted by Alnwick's resident wizarding professors, the sessions are free with your castle entry ticket, but require a timeslot (given on a first-come, first-served basis). Be warned: it can get very busy during school holidays, so it’s best to visit early in the day when crowds tend to be thinner.

Edinburgh is often touted as the true birthplace of Harry Potter as JK Rowling penned most of the stories here after moving to the Scottish capital in the 1990s. Budding wizards can trace her old writing hangouts, such as The Elephant House cafe, plus the places that are believed to have inspired her characters and plots on a self-guided walk or a tour led by robed guides. 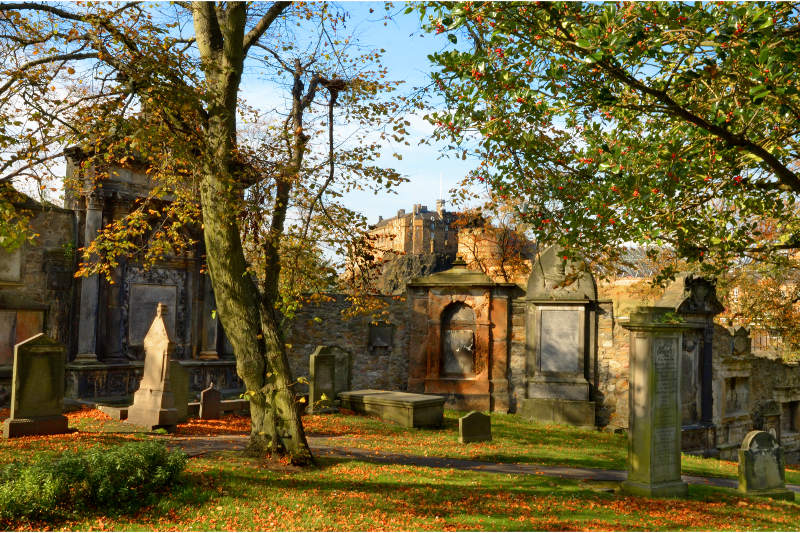 Greyfriar's Kirkyard is said to be one of the most haunted in the whole of the United Kingdom. Image: Getty

Along with the Hogwarts-esque turrets, lanes and stairways of Edinburgh's Old Town, you can visit Greyfriars Kirkyard, with the tombstone of Thomas Riddell Esquire, a gentleman who died in 1806. Tom Riddle was the birth name of Harry's nose-less nemesis, Lord Voldemort (also known as He-Who-Must-Not-Be-Named). For somewhere memorable to bed down, try the JK Rowling suite at the 5-star Balmoral Hotel. She finished writing the Potter saga here and the suite has been maintained, more or less, as she left it, complete with a marble bust on which she scribbled: "JK Rowling finished writing Harry Potter and the Deathly Hallows in this room (552) on 11th Jan 2007." North of Edinburgh, the hauntingly scenic lochs, mountains and moors of the Scottish Highlands featured in dozens of scenes from the movies. You can get a flavour of the cinematic beauty on The Jacobite, a steam locomotive that evokes the Hogwarts Express. Like that fictional service, this train runs along the Glenfinnan Viaduct, a 21-arched marvel of Victorian engineering near Loch Shiel (which, with a little help from CGI, was the setting for the Hogwarts lake). Linking the hiker-friendly town of Fort William with the bustling fishing village of Mallaig, The Jacobite runs from April to October, with a few dates in December as well. If you're looking for a special gift for your nearest and dearest wannabe wizard, this could be just the ticket.

For the latest deals on travelling to Great Britain, visit your local Flight Centre store, call 131 600 or book now on the Flight Centre App.