Where To Celebrate Christmas In Australia

Where To Celebrate Christmas In Australia

The jolly season of festivities is upon us. If you're a 'bah humbug' kind of person, this is the time of year to lock yourself inside.

However, if you gush over tinsel, fawn for the carols and go Tay Tay-level fan girl/boy for the big man in red, you'll want to get amongst the Christmas cheer at these events around the country. 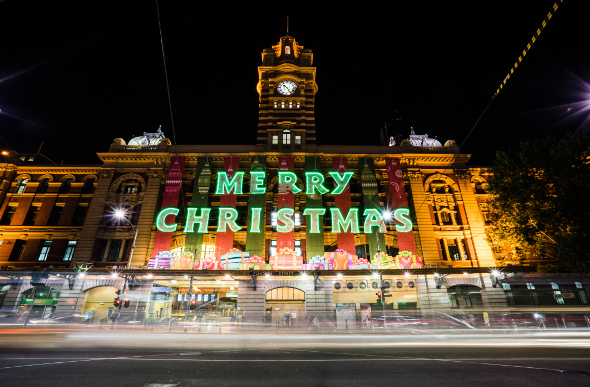 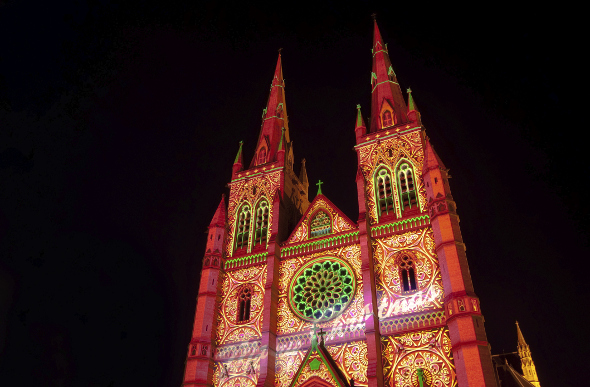 There will be no Grinch in Melbourne this year. He'll be running for the hills once he feels that Christmas spirit emanating from the city's streets, shops and dedicated events.

Christmas is in full swing around Federation Square with free entertainment and sights including the Southern Hemisphere's largest LEGO Christmas tree being built until 20 December (or until the bricks run out). There's also an outdoor cinema every Wednesday and interactive video games.

Wonderland Fun Park has been turned into Santa's Magical Wonderland with Christmas treats, Talking Tree and the Santa's Christmas Spectacular show every weekend until 24 December. Visitors can also post letters to Santa and enjoy the usual amusement rides. 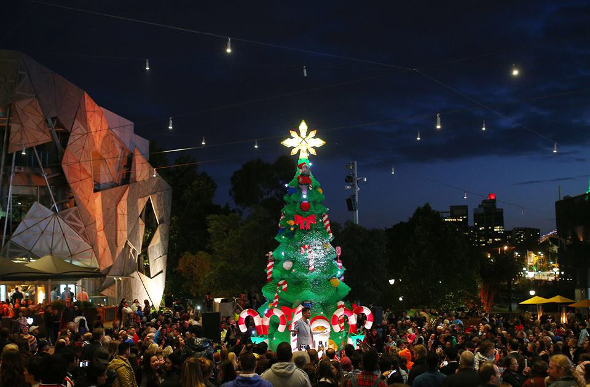 The interactive LEGO Christmas tree being built by everyone (Image: That's Melbourne/Facebook)

What event doesn't Sydney celebrate? Make A Date With Sydney

Queensland's capital is getting a little jolly this year with The Wonder of Christmas. Four weeks of free Christmas events and performances can be enjoyed in the city centre and around South Bank.

Christmas markets and parades, along with carolling and movie screenings highlight some of Brisbane's best celebrations. Wander King George Square to see the city's giant Christmas tree all lit up with spectacular decorations.

Revellers can also venture south to the Gold Coast where Warner Bros. Movie World is putting on the magical White Christmas. Along with all the usual rides, visitors can experience artificial snow, a nightly Christmas parade, Christmas carol battles and gingerbread man decorating. 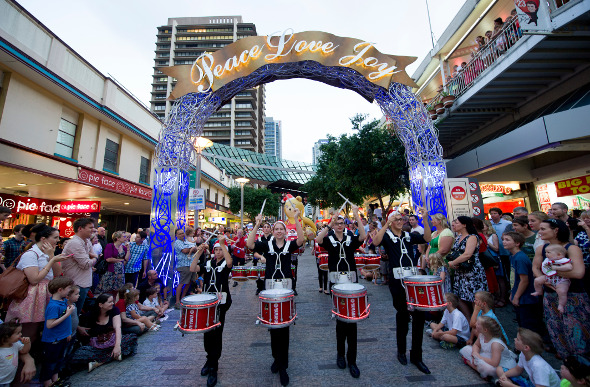 Soak up that wonderful feeling around Perth with gorgeous decorations throughout the city that culminate in Forrest Place. The city has erected a magnificent Christmas tree to go along with the Council House Nativity scene and festive lights.

At any moment you might happen upon Santa, who roams the city streets with lollies and plenty of Christmas cheer. There are also markets, movies and the Perth City Christmas Carnival to get the whole family excited. 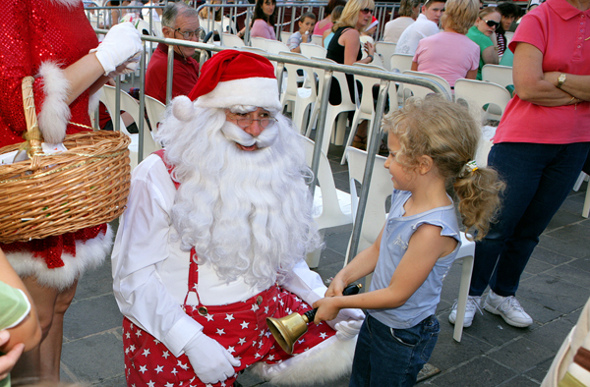