For most the year, the Hanging Rock Recreation Reserve in central Victoria is a pleasant spot that’s popular for bush walking. The rock face that leant the parkland its name is also a great challenge for climbers. However in March this year, the sounds of kookaburras and cockatoos gave way to an entirely different chorus. As part of Bruce Springsteen’s worldwide Wrecking Ball tour, the Boss performed such classics as Born To Run, Pay Me Money Down and Prove It All Night to almost 35,000 Australian fans.

“Hanging Rock is an amazing place, full stop.  It’s got a great vibe about it – with the haunting image of the rock that everyone knows from the movie.  But if you go there on a beautiful night, like the two nights we played there, it’s that classic Australian scenery, which is unique. Playing Hanging Rock really was not like any arena in the world. When you play arenas, most of them you could be anywhere, but at Hanging Rock you knew you were in Victoria,” said Jimmy. 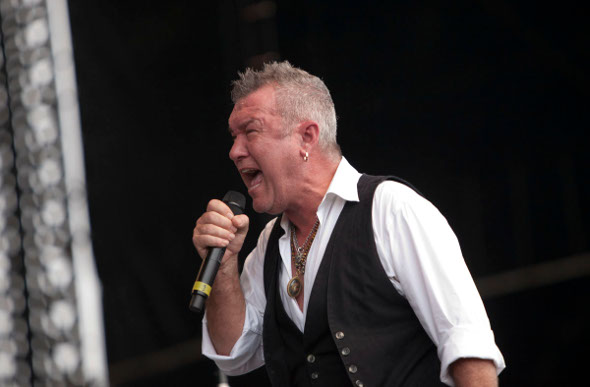 It was music promoter, Michael Gudinski that wanted to make Hanging Rock a huge event that featured the best Australian and the best American artists together in an iconic location. Jimmy jumped at the opportunity.

“I said it would be fantastic to do, especially considering I was such a big fan of Bruce. I've been a fan since The Wild, the Innocent & the East Street Shuffle album came out in 1973. I’d never actually had a chance to see Bruce perform because of commitments. To have the opportunity to be on the stage opening for him and also to perform with him was incredible. We got on really well. He was an amazing performer, very warm and happily shared the stage,” Jimmy said.

Fans who missed the original Wrecking Ball Tour need not despair. Shortly after the final guitar strums faded into the ether, Bruce Springsteen and the E Street Band announced a more extensive tour of Australia and New Zealand for February and March 2014. Perth and Adelaide are on the schedule for the first time ever. In Melbourne, Springsteen with be joined by the Hunters and Collectors, while Dan Sultan jumps on stage in Melbourne and the Hunter Valley.

Michael Gudinski, Managing Director of Frontier Touring said, “The March Wrecking Ball tour was one of the most talked about for years and was without doubt not just a career highlight for me but an absolute inspiration. To see Bruce and the E Street Band perform over the course of three hours or more was a truly unbelievable experience.  The tour wasn’t even over before there were discussions about a return and I’m so thrilled that of anywhere in the world they chose here to return to.” 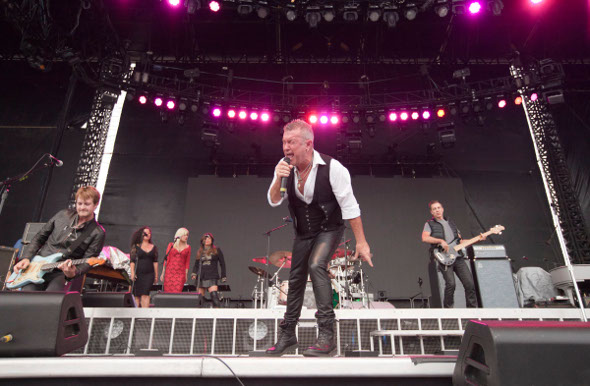 Belting out a number

This time round, Jimmy will be the special guest in Auckland, when Springsteen heads across the Tasman for two concerts at the Mt Smart Stadium on March 1 and 2. The Aussie icon who made his name with Cold Chisel can’t wait to belt out some classic anthems.

“For my show, we’ll be playing a bunch of hits and songs that I think would really suit the Bruce audience.  We just want to play a set that’s complementary to the whole show because Bruce’s show is very energetic. He puts a lot of pressure on the acts around him to play well too, so I think I’ll have to be at the top of my game,” he said.

Jimmy has a special affection for New Zealand; he’s played all over the country since the early 1970s and loves it all. In his down time, he goes to Queenstown, where in winter Jimmy takes advantage of the ski fields, while in summer he goes fly-fishing. After performing with Springsteen, he's hoping to get a chance to go to the Huka Lodge, a luxury retreat on the Waikato River near Lake Taupo.

“I haven’t found a place in New Zealand that I haven’t liked. I have a lot of great friends there. Hopefully this time I’ll get to go to Huka Lodge – it’s supposed to be amazing,” he said.

“When I’m not touring, I like to go to Thailand. My wife Jane is Thai and we go and spend time on the beach in a place called Hua Hin.”

To win flights from Australia to Auckland on Air New Zealand, accommodation and two tickets to see Bruce Springsteen featuring Jimmy Barnes in Auckland, follow this link to the entry form.