Life In A Northern Town: Manchester

Life In A Northern Town: Manchester

Visit Manchester? Why would you? Well this city of three million souls in Britain’s northwest has undergone something of a modern-day Renaissance. And all the guidebooks say the same thing. They talk about how the city's entertainment, key attractions, sports facilities and city centre have received significant investment, making it now a real hub for major attractions, upmarket shopping, restaurants and bars – and a must to include on any UK itinerary.

Many of the city’s 19th-century, red-brick warehouse and factory buildings now provide an historic shell for groovy shops, boutique hotels and nightclubs. The major shopping areas include the Arndale Centre, King Street and St Ann’s Square, and the large covered market halls of the Bolton Arcade. 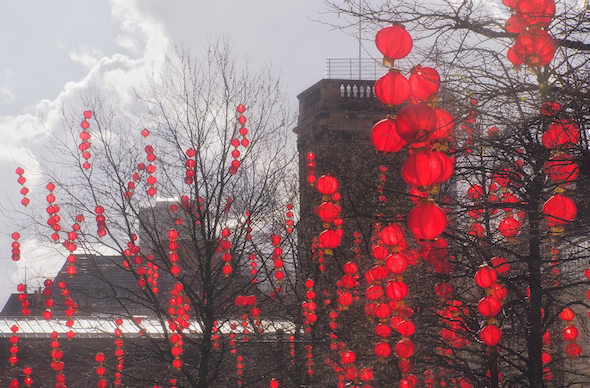 This is a long way from the Manchester of several decades ago, where the decline of heavy industry (that continued well into the Thatcher years) made Manchester just another ageing northern town – it didn’t help that between 1961 and 1983, Manchester lost 150,000 jobs in manufacturing.

So it was hardly the place to visit for the locals, let alone international tourists but 30 years on, Manchester has a legitimate claim as one of Britain’s most enticing cities. Not surprising when you consider its impressive array of upmarket hotels, bars and restaurants, and large number of attractions – many of them free. 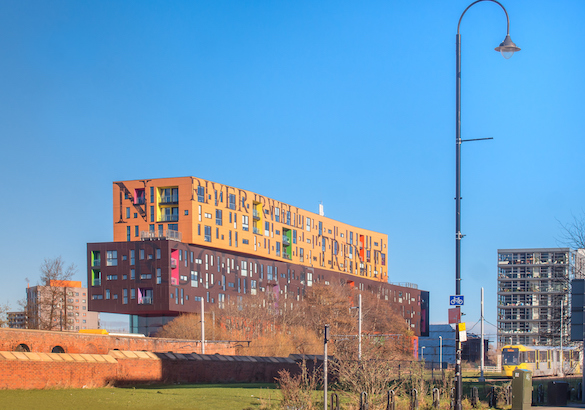 Investment in the mid-nineties has been made in key infrastructure such as the Metrolink (now with six lines and 65 stations) and the introduction of the Manchester Arena, which has hosted acts including Madonna and the Red Hot Chili Peppers. Both these big additions have brought more of an urban edge to the city. 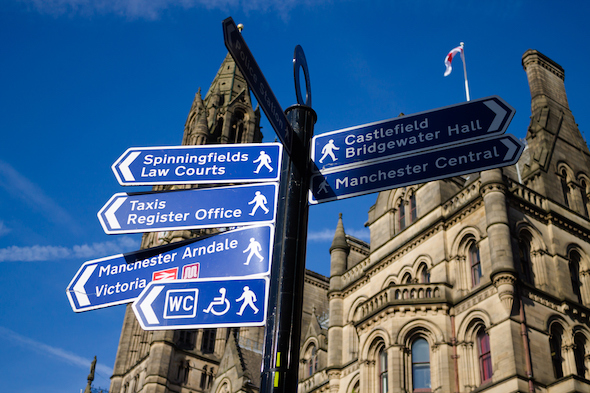 Also the overhaul of the port, and its own rebirth as Salford Quays, has helped in the transformation of the city. Roads, bridges, housing and offices were built, as well as a waterfront promenade full of restaurants and shops, which has made this area its own bustling microcosm. It is also now home to two of the city’s best attractions: The Lowry – home to a large collection of works by Manchester’s most famous artist, and The Imperial War Museum. 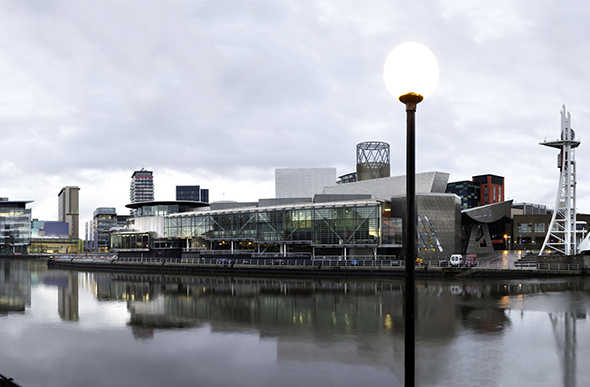 The Commonwealth Games in 2002 also encouraged significant amounts of money to be injected into the city centre. Since then other improvements include the £12m refurbishment of the People's History Museum, an overhaul of the Museum of Science and Industry, and the big kid’s favourite, the Legoland Discovery Centre. And although it sometimes snows in Manchester, there is the Chill Factore, a £31m indoor ski centre which opened in 2007. 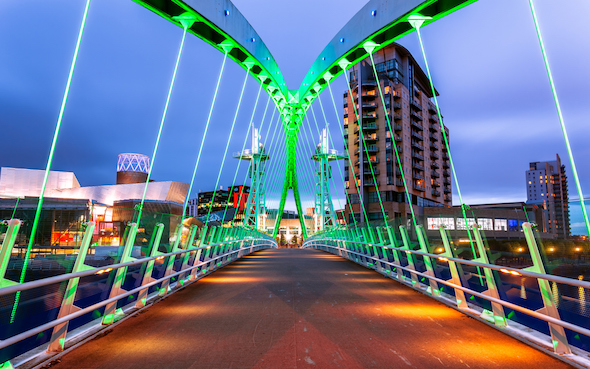 Manchester’s reputation also had some assistance towards its cool northern town status, by the emergence of its music scene. 'Madchester' developed in the late eighties, with bands like New Order, The Stone Roses and the Happy Mondays. Then the nineties saw international cult band Oasis emerge to once again reinforce Manchester’s place on the international music stage.

The 9 Best Hotels In Manchester

To complement the music scene, funky cocktail bars have now replaced some of the more grungy venues. In fact, the CBD is full of modern, cool bars, some that have made it on to the World’s Best Bars Top 100 list.

Also, every August Manchester has its very own exotic snifter celebration, with the Manchester Loves Cocktails festival. Organisers say the standard of cocktails in Manchester is now on par with the top bars of London and New York. From reinvented classics to molecular madness, there will be something sure to become everyone’s favourite tipple. 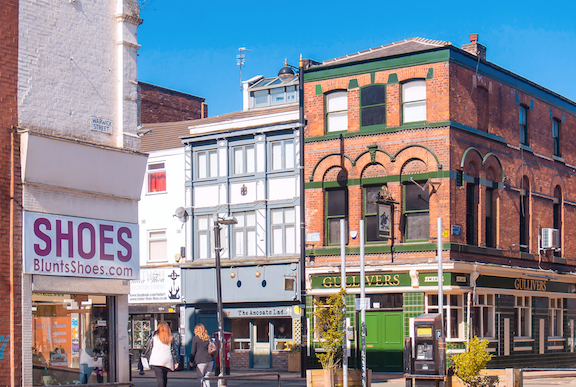 Food is also a strong player in Manchester’s move to cool-dom, with world-class restaurants like Ning serving 5-star Malaysian cuisine – and Michael Caines at the luxurious ABode, run by the Michelin-starred chef, which opened in 2008.

So on your next trip to the UK – break beyond the confines of London and head to Manchester – the city that blends northern culture with contemporary cool.