Looking down the coast to my left and then my right, I find I’m all alone. Waves are rolling in off the Indian Ocean and breaking on a narrow, deserted strip of sand below the rocky outcrop where I’m perched.

The squawking of sea birds, crashing of the waves and gentle whir of the breeze are the only sounds to be heard in this unique island environment inhabited by bottlenose dolphins, rare penguins and sea lions.

Yet I’m not in a far-flung nook of Australia, many hours from civilisation. I’m only 40 kilometres south of Perth on an island just 700 metres from the mainland – so close you can walk to it across a sandbar during low tide. Shoalwater Islands Marine Park is Perth’s best-kept secret. 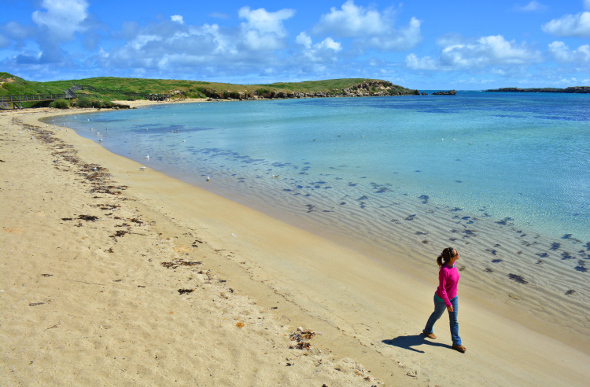 Tourists often have large parts of Penguin Island all to themselves (Image: Ronan O'Connell)

The far larger Rottnest Island, 18 kilometres off the Perth coast, completely overshadows Shoalwater. While it is a stunning spot, Rottnest is also an expensive location – return ferry tickets can cost $80 per person for adults and it is essentially a day trip-only destination, as its limited accommodation is booked out so far in advance.

Even still, Rottnest is swarmed with tourists at most times of the year. Meanwhile, the overlooked Shoalwater Islands Marine Park receives limited visitors except during the peak summer period.

By visiting on a weekday, or outside of the December-January school holidays, it often feels as though you have the islands to yourself.

Shoalwater is not promoted by WA Tourism to anywhere near the same level of Rottnest, and this is to the benefit of those who do choose to visit.

It’s also likely a by-product of the fact the marine park is managed by the WA Department of Environment and Conservation and has been gazetted an A-Class Reserve, which offers its high levels of protection from human intervention. Under the Department’s management plan, they predict that by next year the marine flora and fauna, habitats and water quality of the Shoalwater Islands Marine Park will be in the “same or better condition than in the year 2007”.

Visitor numbers to the Marine Park are controlled, with tourists only allowed on the thin, one-kilometre-long Penguin Island by day, while it is closed from June to mid-September during the penguins’ breeding season.

The translucent waters of Shoalwater Bay are home to more than 1,000 little penguins, which are the world’s smallest species of penguin.

Weighing only one kilogram and typically standing no more than 40 centimetres tall, they are a protected species who appreciate the lack of predators on the land and in the waters of the Marine Park.

They are elusive little creatures, spending much of the day hunting for fish in the sea before returning to their island just before sunset. 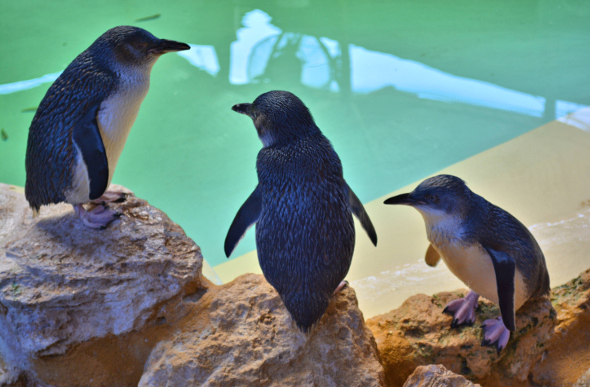 While tourists only ever get fleeting sights of them in the wild, they are able to get wonderful access to them via the three daily feeding shows inside the Penguin Island Discovery Centre.

Watching them gleefully gobble their food before diving into the waters of the centre’s clear tank is a fascinating experience.

Even rarer than these little penguins are the Australian sea lions, which inhabit the smaller Seal Island, about one kilometre north of Penguin Island.

Because of the endangered status of these animals, tourists are not allowed to set foot on Seal Island. Yet they still can earn a close view of the beefy animals as they lounge on the sand of the island, absorbing the Perth sun.

Tour boats, which start from a mainland pier opposite Penguin Island, cruise up to within 20 metres of the Seal Island shore, while more adventurous tourists can hire a kayak and paddle out to gain a similar vantage. 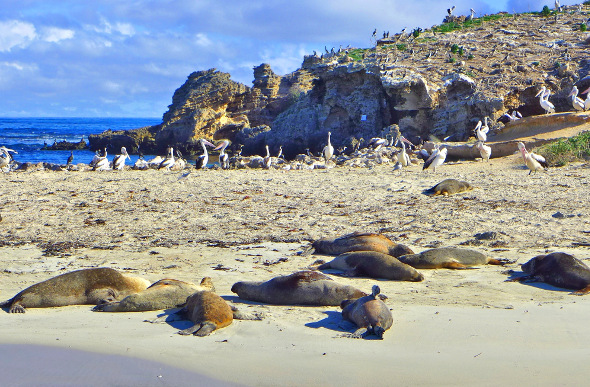 Sea sports such as kayaking are perfectly suited to the very calm waters of the sheltered Shoalwater Bay. Groups of dolphins often can be seen playing in the bay and won’t hesitate to come close to humans who are swimming or paddling in the water.

The well-preserved reefs of the Marine Park, coupled with its clear water and wide variety of fish and sea creatures, make it an attractive location for diving.

Or, if you’re not feeling active, you can just wander through Penguin Island until you find a deserted spot to sit and relish the sense of isolation afforded by this city-based marine park.

Visit your local Flight Centre store or call 131 600 for more advice and the latest deals on travelling to Perth.