Queensland boasts a revolving door of incredible events throughout the year, ranging from yacht racing and film festivals to food and wine extravaganzas. There's rarely a month that doesn't feature a nationally recognised show, race, festival or sporting match.

This year isn't any different, and if you've got a trip planned to one of the Sunshine State's premier destinations, you might want to keep an eye on the calendar.

Coolangatta and Tweed Heads will come alive with rock’n’roll fever. More than 50 Australian rock’n’roll and rockabilly bands will perform alongside international artists. And more than 1,300 cars will line the streets for one of the biggest car displays ever staged in Australia.

While you're in the Sunshine State: Top 13 Queensland Experiences

There's something for every budget: Queensland Holidays - Budget Vs Luxury

The festival features an event for everyone – triathlons, mountain bike challenges, water activities and more.

A celebration of Australian film in the Outback, under a spectacular blanket of stars.

Staged in one of the most popular holiday destinations in the world and regarded as one of Australia’s premier sporting events, the Gold Coast Airport Marathon is set to attract more than 28,000 participants of all ages and abilities from Queensland, interstate and overseas. 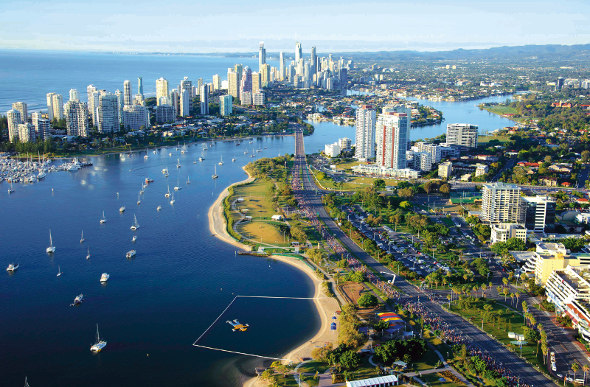 Set in a parkland-style circuit in Reid Park, with close to 70 per cent of the circuit made up of constructed roads, this is one of three exciting V8 Super Street Queensland events.

On July 17, watch Liverpool FC versus Brisbane Roar; on July 18, it’s the Rugby Championship with Australia playing South Africa. Finish the weekend off with Brisbane Broncos versus Wests Tigers on July 19.

Ten idyllic days of music (30 concerts) and warmth in a tropical location.

Queensland’s largest annual event, the Ekka, showcases all that’s great across talent, culture and produce alongside a sideshow alley of rides and entertainment. 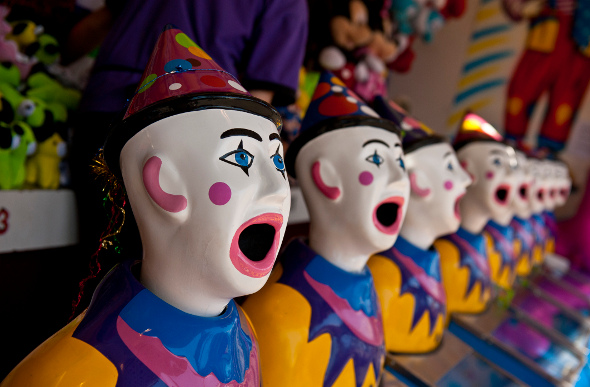 The Ekka in Brisbane is a great place to clown around. Picture: Getty Images

Australia’s largest offshore sailing regatta offers an experience like no other: navigating the crystal-clear waters of the Whitsundays.

Watch the serene Amamoor State Forest transform into a heaving celebration of all things country and music. 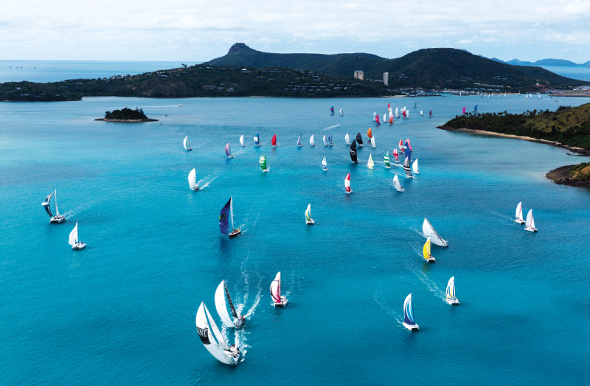 The Audi Hamilton Island Race Week luxuriates in the Whitsundays.

This exhibition, featuring more than 75 emerging and established artists, filmmakers and performers, will reflect the vigour of expanding creative centres throughout Asia and the Pacific. 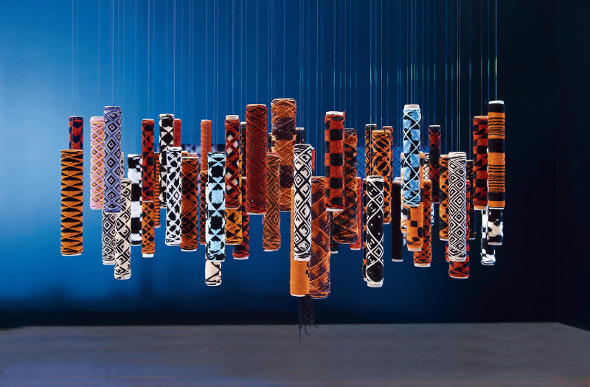 Be mesmerised by the Asia Pacific Triennial of Contemporary Art.

An alluring contrast of a dirt track and racewear, this annual event attracts a crowd that’s keen to celebrate this unique experience of a truly country race day.

Celebrate the best the region has to offer. This event showcases Bundaberg’s locally grown produce alongside a celebration of all things food and gardening. 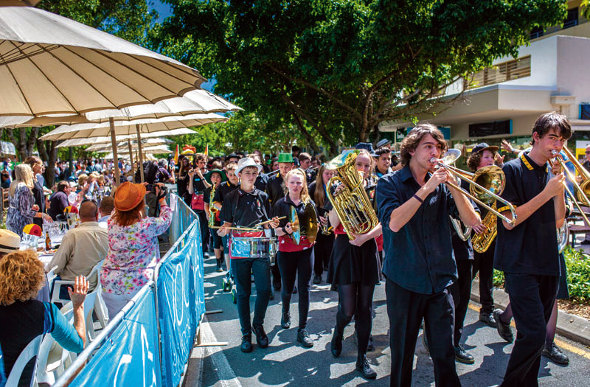 Noosa Jazz Festival is worth trumpeting about.

Food, wine and all things gardens, the Toowoomba Carnival of Flowers is colour in the heart of Southern Queensland Country. There are gardens to explore, wine and food tours to indulge in and even classic car and railway events to enjoy. 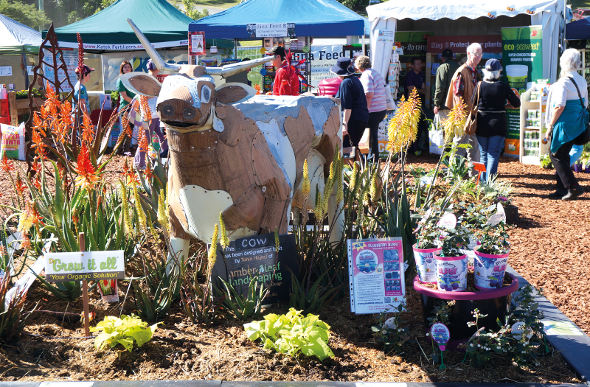 The Brisbane International Garden Show is a must for greenies.

Queensland’s best horses and riders compete for more than $150,000 worth of prizes for their expert cattle herding.

The Gold Coast’s biggest party is back in October – get ready for three days of heart-stopping, action-packed racing.

The largest festival of its kind in the southern hemisphere, it’s also the third-largest Olympic-distance triathlon in the world. Watch, compete or just get involved. 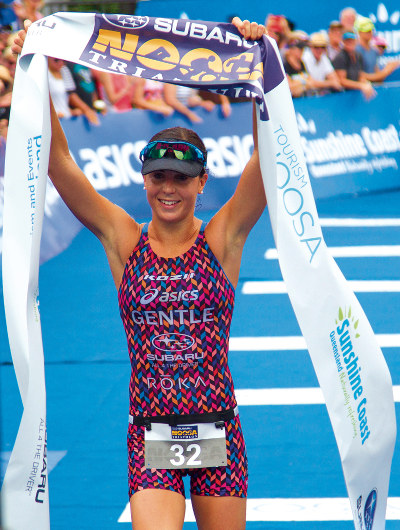 The Noosa triathlon is a winner. 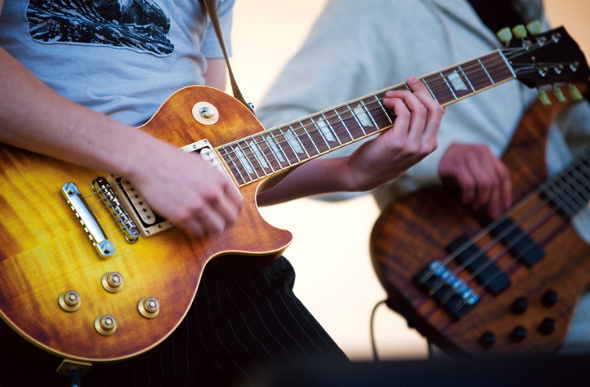 Airlie Beach Festival of Music is good for the soul.

Find an array of craft stalls and entertainment in the shadow of the impressive Glengallan Homestead. 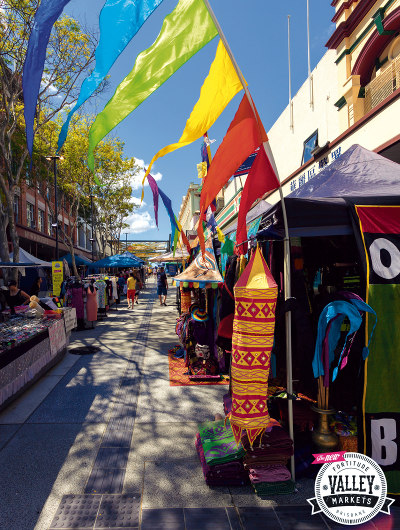 The colourful Valley markets in Brisbane.

Australia’s oldest professional golf tournament (the PGA traces its origin back to 1911) is back. The immersive, four-day championship will be held in Queensland’s capital this year.

Escape reality and immerse yourself in cultures near and far when more than 2,000 performers appear in concerts, dances, street theatre, comedy sessions and so much more. Whether you’re inclined to move, laugh or listen, camping on site is the best way to get among the festivities. 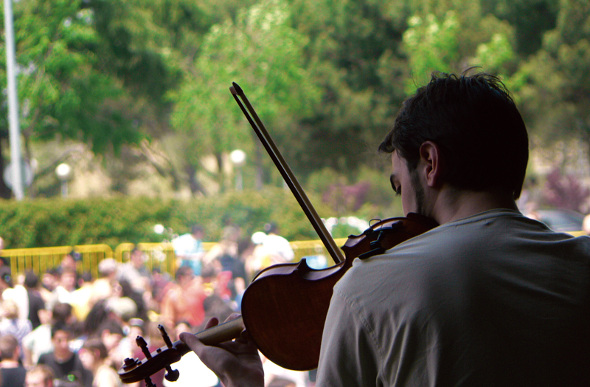 Woodford Folk Festival brings together performers from all areas of the arts.

Market in the Mountains

Second Sunday of each month, Stanthorpe

Celebrate locals who make it, bake it, grow it or sew it. Plenty of treasures here.

Australia’s richest race day attracts an international audience, where horses race to secure a slice of the $4.7 million in prizemoney.

The Brisbane International is widely regarded as the warm-up to the Australian Open.

Celebrate the Lunar New Year with a vibrant and mesmerising display of traditional and modern culture and entertainment for the Year of the Monkey for 2016.

The elite of the South Pacific mountain-biking world converge on their way to championship glory.