Relaxed Rail Journey On The Spirit Of The Outback

Relaxed Rail Journey On The Spirit Of The Outback

Bill, a retired airline employee from Sydney, was in town to see the Qantas Founders’ Museum. Sandra, from Brisbane, was collecting rail journeys like scalps. Me, I was in Longreach after a week-long trip in a plus-40-degrees-Celsius Outback oven.

The tourist season was over and businesses across Queensland's central west were winding back for another year. I wasn’t sorry to be leaving.

I’d taken a walk the previous afternoon along Longreach’s Botanic Walkway, which skirts the highway down to the Stockman’s Hall of Fame, and found super-hot water in the drinking fountains. Later, the shaded motel pool felt like Scandinavia. 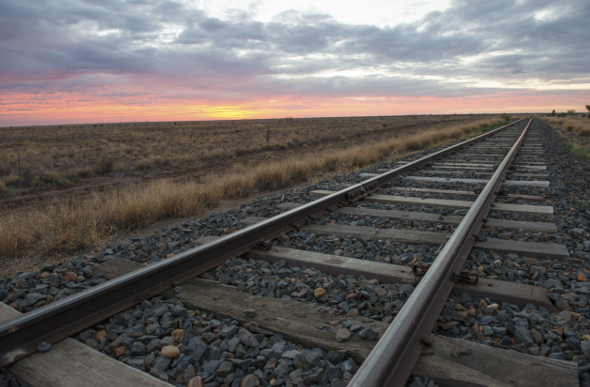 Like Bill and Sandra, I was waiting for the train. Twice a week, the Spirit of the Outback leaves Longreach for the 1325-kilometre journey to Brisbane via Rockhampton and it runs twice a week in the opposite direction. In winter, it’s often packed with tourists; out of season, it’s a reminder that the Outback and its people exist beyond a four-month tourism window. 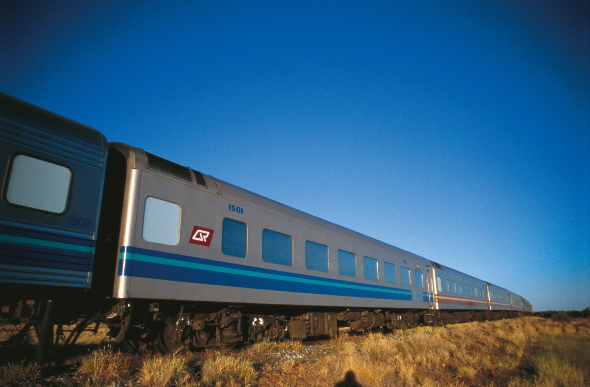 The Spirit of the Outback is one of Australia's top rail experiences.

The Spirit is arguably one of Australia’s great rail experiences. It began as a 19th-Century economic artery out of Rockhampton for pastoralists and settlers, but mass tourism in the 20th Century gave it a new identity. These days, it’s a tourism product in its own right.

When you make this trip, you face more than 24 hours of mostly slow motion but the Spirit isn’t about speed. If you’re a serious traveller, it’s about recapturing the romance, the adventure and perhaps the elegance of another age.

Like Bill and Sandra, I got to the station early, along with the crew, who had overnighted at my motel and who looked just the part in black trousers and crisp, white shirts and blouses. I was told two of the sleeping carriages had been removed because there was no demand. It made sense. Six of us had the remaining two First Class sleepers between us.

A twin sleeper rather than a single has been the way to go on this train until now because the twins are roomier, but the twin carriages will be replaced from early this year, leaving the rather cramped singles or adjoined single 'twins' as the only options. You can choose a sitter ticket if your body can take it and you want to save money.

Find out more about your trip's starting point. Longreach - In Search Of The Spirit

Your journey's end isn't your holiday's end: Where To Spend A Date Night In Brisbane

On my trip, the ticket came with a bag of toiletries, an electronic tablet loaded with films, music and a commentary on the journey, freshly baked muffins at tea time, meals cooked on board by a chef, an attractive dining car to eat them in and a lounge bar. This helped to while away the hours. But what helps more on any train not built for speed is the conversation.

Sandra, a disability services worker, had come to Longreach on the Spirit and was going home on it after just an overnight stay. Keen? Yes, but she’d travelled on the Trans-Siberian and other big-name world and Australian trains, and the Spirit had been on her list for a long time.

It doesn’t take long to break the ice on a train like this. You can hear life stories if you want to, or give someone your own. Or read a book, which is what Bill had in mind. He’d never read The Fatal Shore, and this was his chance, he said.

We reached Barcaldine 10 minutes late. High temperatures and buckling tracks further east would blow out the schedule by more than three hours. Barcaldine is worth the 20-minute scheduled stop, during which you can stroll across the platform and photograph the adjacent monument built around the town’s fabled and very dead (poisoned) Tree of Knowledge.

The train pressed on through Jericho, Alpha and Anakie towards Emerald. The food was marvellous. The commentary on the tablet ignored Bogantungan, where seven people died in 1960 when the Midlander (predecessor of the Spirit) crashed during floods. 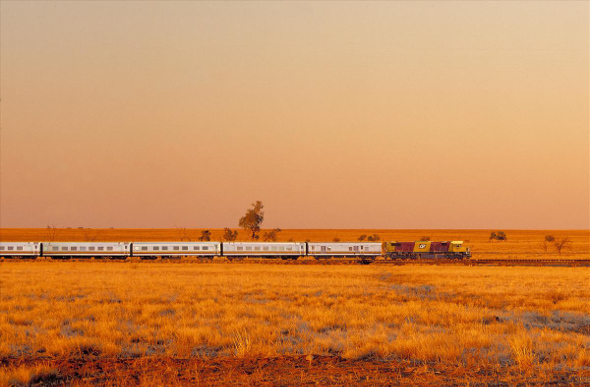 The Spirit of the Outback crosses the rugged Queensland landscape.

The country changes from drought-stricken plains to more rugged terrain as the train heads east, and then to something more familiar for those who have never been too far west of the Divide. As our train lumbered into Emerald 1hr 40mins late, the city lights revealed fast food outlets and supermarkets. On cue, Vodafone clicked in again. The Outback was behind us.

From there, it was darkness and clanking and screeching and a long delay because of the buckled tracks and then a 20-minute stop at Rockhampton, its platforms empty in the early morning. The Spirit got going then, and north of Bundaberg it was fairly rattling along. Maryborough, Gympie and Nambour came and went in a mist of friendly conversation, and the chef put on an unscheduled lunch because of the delay. A nice touch.

We got into Brisbane's Roma Street station two hours late, but the Spirit had been well worth it. Sandra, the rail travel veteran, summed it up: "It has exceeded what I was expecting," she said. "A lot of that is to do with the friendly staff and the food, which was excellent. But I liked it, too, because it’s slow. It’s about the journey, not about getting there." You said it, Sandra.

Charming, witty, handsome, rich: journalist John Wright would like to be all these things. While he’s waiting, he’s drinking craft beer, reading Murakami and criss-crossing the globe as a dedicated travel writer. He rates Outback Australia as one of his favourite travel destinations.
more articles from this author