Thinking of a snow holiday in Colorado among the Rockies? With just under 2.5 hours' flying time from LA to Denver, plus direct flights from LA to most resort towns, Colorado has an abundance of ski resorts and come wintertime, this state is a popular destination for Aussie powder hounds.

Most people you know go to Vail, right? But there’s so much more on offer for skiers and snowboarders in Colorado away from all the other Australians, and some at discount prices. Some are household names, some you’ve probably never heard of. Here's four of Colorado’s best-value winter resorts to consider for your next US ski holiday. 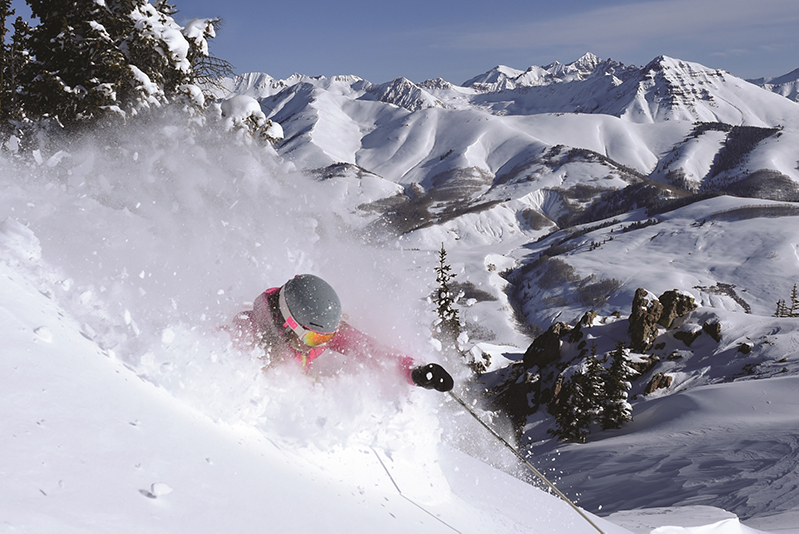 You want to ride or ski here because you won’t find other Australians. And that, in itself, should be enough reason to come (it’s rare in the US, and impossible in Canada). Crested Butte used to be right out of the way, but now there’s direct flights from LA, so it’s as close as any US ski resort is to us. 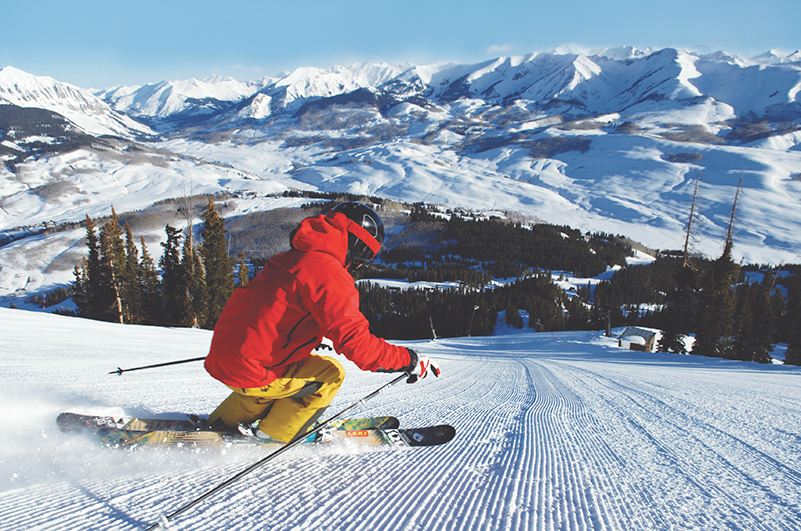 As a lesser-known ski resort in Colorado, Crested Butte is where you can carve your own path away from the crowds. (Image: Crested Butte Mountain Resort)

And you should see the terrain – oh boy, there’s better in-bounds steep mountain skiing than even Jackson Hole in Wyoming. No mountain in the US offers quite the level of in-bound bowls, chutes, glades and cliffs – some with more than 40 degrees of gradient. So if you’re into steep mountain thrills, this is the mountain for you. But then, if you’re not so experienced – half of the terrain is suitable for beginners to intermediates. 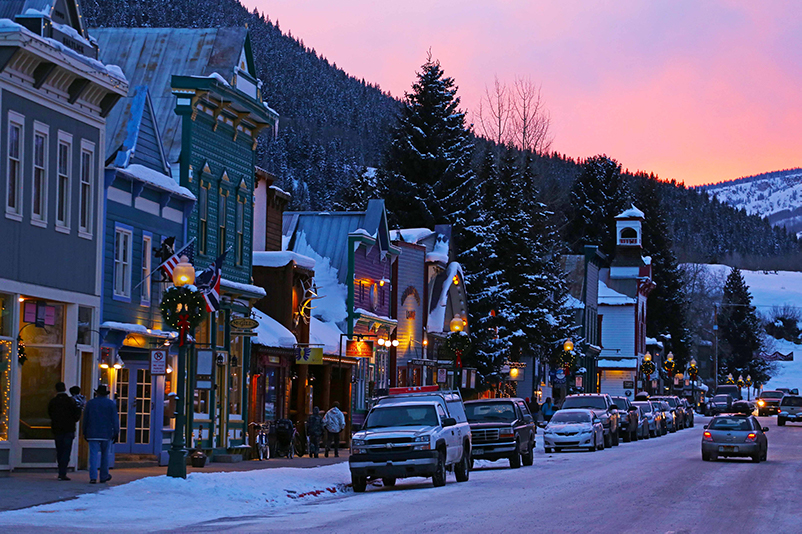 Crested Butte is billed as the last great ski town in the US and is still largely unknown. (Image: Crested Butte Mountain Resort)

RELATED: Colorado's ski resorts also shine in the summertime. Find out what to do when the snow melts 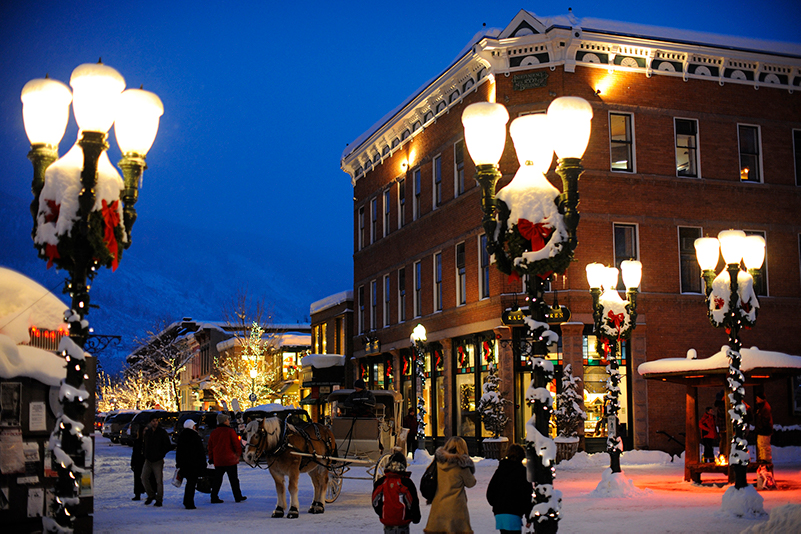 Aspen might look ritzy, but you don't have to pay a fortune for a ski holiday here. (Image: Aspen Snowmass)

Everyone knows about Aspen, but you think it’s just for the super rich, right? Don’t believe the hype. Right next to fashion stores are thrift stores where you can pick up a bargain, and beside Hollywood-owned fine-dining restaurants you’ll find bars such as The Red Onion selling beers for less than USD$5 at happy hour and six chicken wings for USD$6. And there’s accommodation in town that’s less than USD$150 per night. 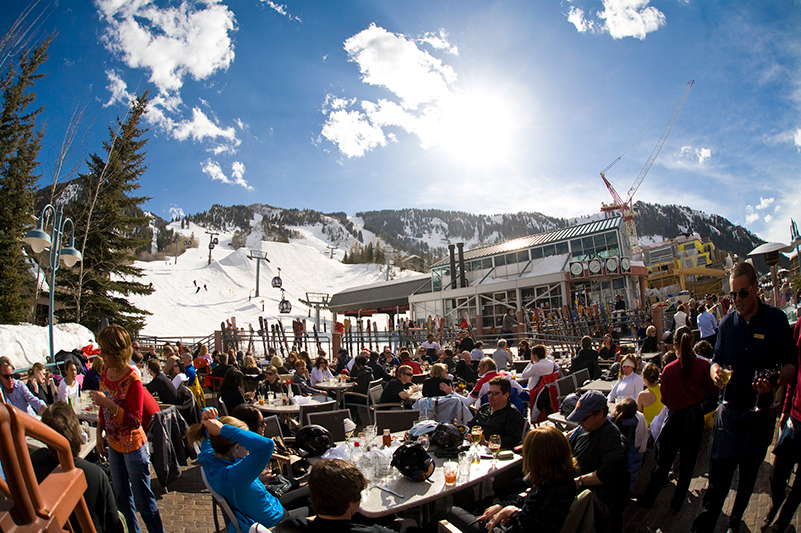 When the skiing stops at Aspen, the action really begins. (Image: Aspen Snowmass)

At Aspen Snowmass you have access to four ski mountains on the one lift pass. Beginners can learn at the US’s best beginner resort, Buttermilk, which is also home to one of North America’s best terrain parks (with a 6.6m superpipe and more than 100 features). The best riders and skiers on Earth perform at the X Games each year. You’ll also see the US's biggest bands play for free on the street. 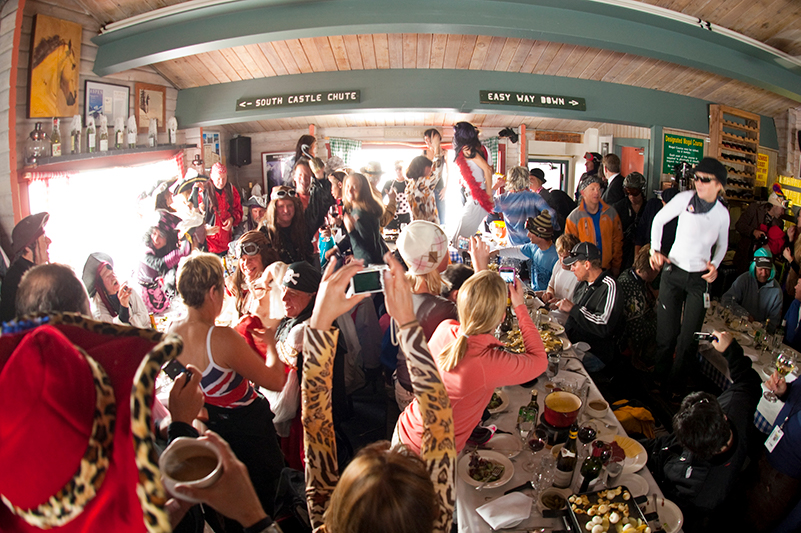 Aspen has the most exciting apres-ski environment of any resort in North America. (Image: Aspen Snowmass)

There’s also Snowmass Mountain, which is one of US’s largest ski resorts (and yet it’s just one resort on the lift ticket at Aspen), and there’s Aspen Mountain and Highlands (home to North America’s most famed backcountry run, the Highland Bowl, which involves an acrophobia-inducing hike along a mountain edge).

RELATED: Keen for more? A firsthand account of a ski holiday in Aspen 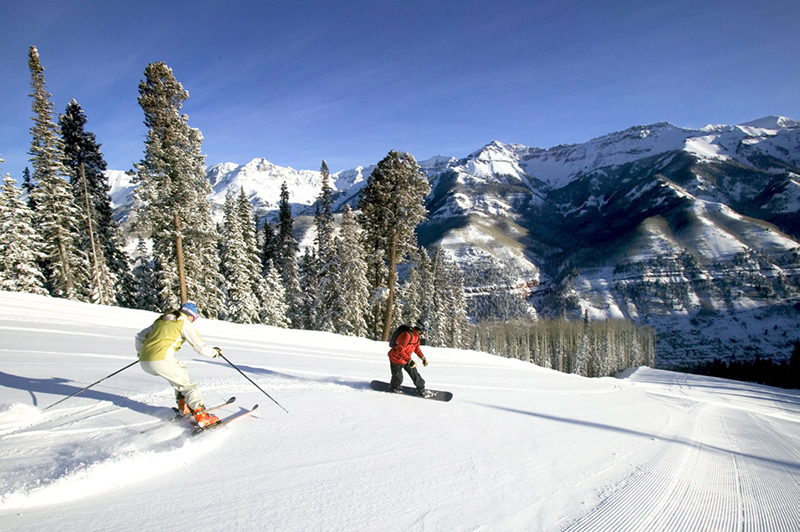 When it dumps snow in major resorts across North America, there’s often lineups at chairlifts, but in Telluride you won’t ever find a single line. Telluride looks ridiculously steep. You’re right in the middle of the highest concentration of 4,500m-plus mountains in all of the US. But it just looks intimidating. There’s plenty of easy wide-open bowls to ride down, such as the Meadows, which offers skiers and riders the chance to work out their turns before they move to the steep slopes.

And there’s more than 100 park features set in three terrain parks, which are designed for different ability levels so you can move up when you’re ready. Start at the Ute Park Beginner Terrain Park, which has 50 features, and work all the way up to Hoot Brown Advanced Terrain Park, where you’ll find 15m-high jumps. 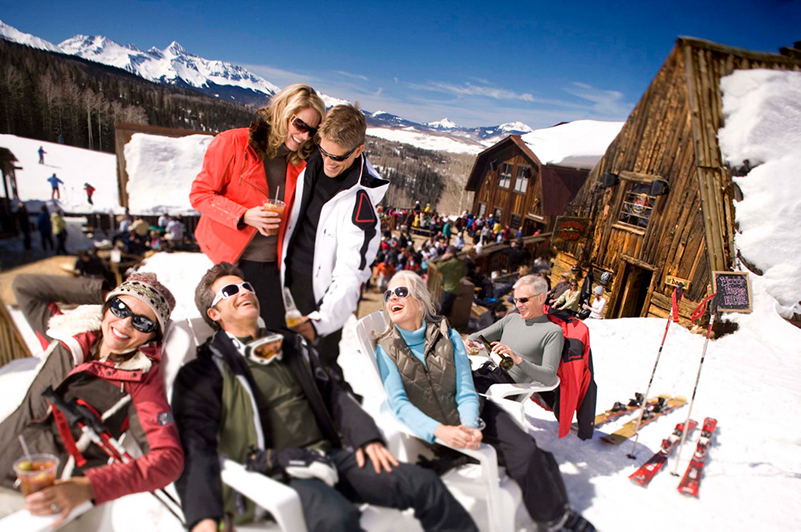 Telluride is located right at the end of a canyon, so there’s never crowds in town. It’s a little out of the way, but it’s worth the extra effort as this is one of the world’s prettiest ski towns. It’s where cowboy culture meets the slopes – Butch Cassidy robbed the bank that’s still standing in the main street. There’s plenty of night-time options for younger snow travellers at bars within rooms that still survive from Cassidy’s era (the 1860s), such as the Last Dollar Saloon. 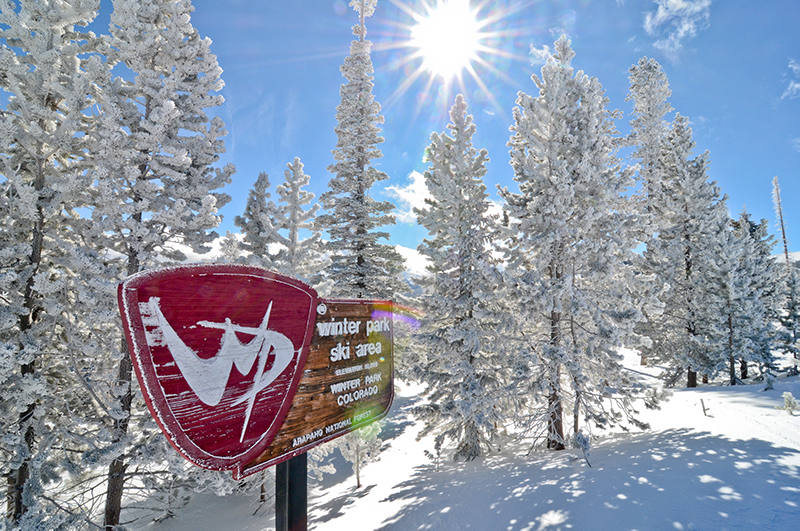 Despite its proximity to Denver, Winter Park manages to slip under the radar. (Image: Winter Park)

It’s the closest resort to Denver, making it easy to access – there’s a train service that takes you direct from the international airport. How it’s managed to stay off the radar of Australian skiers is anyone’s guess (considering it’s Colorado’s longest continuously running resort), but Winter Park offers younger skiers everything they could ever want from a ski holiday with lift tickets set at a fraction of what you’ll pay at major resorts.

This is the kind of mountain where locals gather after ski sessions with a six pack of beer in the carpark, and they want you to join them. The local buzz of the place is entirely different to the vibe at mega-resorts. You can enjoy après-ski drinks and meals for heavily discounted rates at the nearby town of Winter Park. Accommodation here starts at USD$100 a night, or stay right beside the ski lifts for ski-in, ski-out convenience. 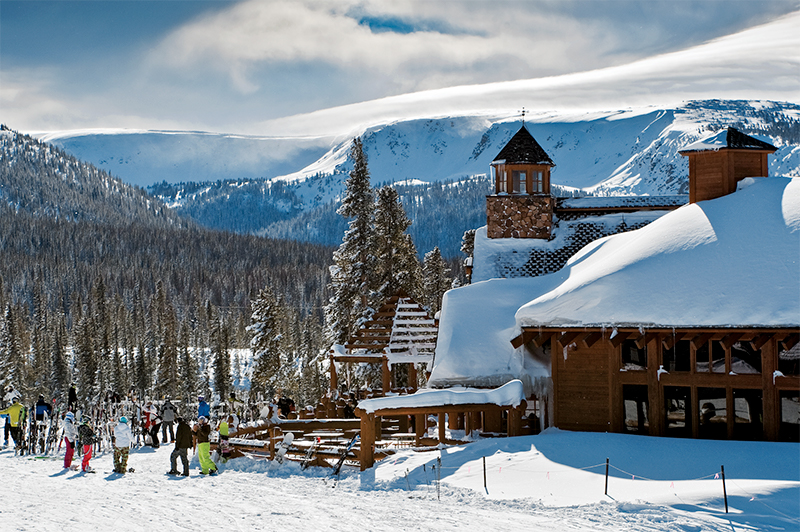 Though don’t go thinking Winter Park is just about saving money – its terrain is as good as anything you’ll find across Colorado. There’s 1,246ha of runs spread across two ski mountains. You’ll find some of the best tree skiing in the US if you’re game – across 490ha of gladed, off-piste terrain. And the on-mountain alfresco dining and drinking options (at Sunspot and Lunch Rock mountain lodges) are easy places to spend an entire afternoon in the sun.

Ready to ski Colorado? Check out our US deals on sale now!