With one the world's largest natural harbours, Halifax is a gorgeous city that provides the perfect springboard to explore the natural beauty of Nova Scotia. 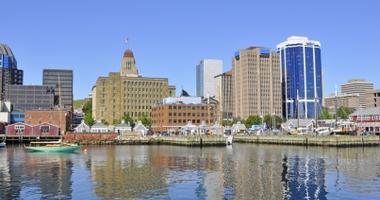 This Atlantic adventure takes you from Nova Scotia - with its plentiful pubs and windswept shores - through to the Nordic spas of Moncton and the...

Feast on fresh Atlantic lobster, hear local stories of the sea, and join in the foot-stomping Celtic culture as you explore wind-swept sea cliffs,...

Blend the best of land and sea on this 12-Day guided tour of Canada. Explore the Maritime Museum of the Atlantic in Halifax with a Local Expert, who...

It was the English who founded Halifax in 1749 as a military base, choosing the site because of the easily defensible, vast natural harbour. The fledgling town was named after the then President of the British Board of Trade, George Montague-Dunk, 2nd Earl of Halifax. Today the city is the capital of the Canadian province, Nova Scotia and remains an important Atlantic seaport.

To appreciate Halifax's colourful past, explore the Halifax Citadel sitting majestically above the heart of the city, before heading down to the waterfront for a pleasant harbour-side boardwalk stroll. The Maritime Museum of the Atlantic comprehensively explores the city's maritime history and displays artefacts from the Titanic and the 1917 explosion. Also enjoy wandering through the public parks including Halifax Common and the Point Pleasant Park. The Dartmouth Ferry also offers enthusiasts the opportunity of experiencing one of the world's largest natural harbours.

For dessert enjoy a beavertail, a deep-fried pastry that looks similar to its namesake.

If you order a rye and ginger, you're asking for a Canadian whiskey mixed with ginger ale.

Check out Freak Lunchbox for the quirky and unusual gifts on offer.