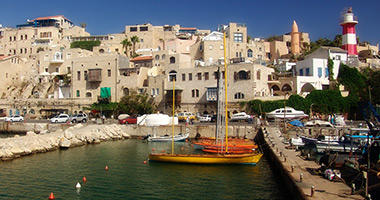 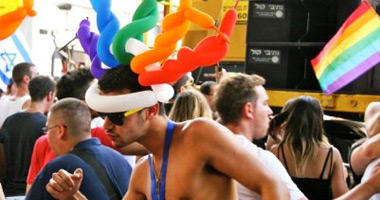 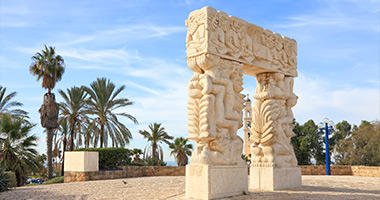 Tel Aviv as a Gay Destination

Overlooking the spectacular Mediterranean Sea, Tel Aviv is known as one of the world's great cities for acceptance and diversity. Gay and lesbian travellers to this largely secular city will be greeted by a cosmopolitan vibe that offers trendy bars, sumptuous restaurants and pumping clubs. Israel's gay stamp was firmly placed in 1998 when transsexual Dana International won the Eurovision Song Contest. Over the past two decades the country has past a raft of equality laws and in January 2012, Tel Aviv was named as the top city for gay tourists, according to a poll organised by American Airlines and Gaycities.com.

The Beaches
As Israel's coastal city, Tel Aviv is blessed with beautiful beaches. The seaside promenade is great for an early evening stroll, however to enjoy the beach you may like to head to the glorious stretch of sand near the Hilton Hotel - the city's dedicated gay beach. On the other hand, Ga'ash Beach, located just outside the city, is a terrific clothing optional destination.

The Nightlife
Gay culture is so entwined with mainstream Tel Aviv society that there are no specific gay districts. However Rothshild Avenue is the place to go – but keep in mind that the clubs open late and will keep you bopping until sunrise. Evita on Yavne Street is one of the most popular venues – the club hosts various themed nights including Glitter, TuesDrag, Dickan and Hasake. Also check out Apolo on Allenby Street and Shpagat on Nachlat Binyamin Street.

Gay and lesbian travellers will be welcomed with the same friendly smile as any other traveller in Tel Aviv. To be near the nightlife, consider a hotel around Rothschild Avenue or perhaps you'd prefer an ocean view of the Mediterranean Sea, in which case check into a hotel on the beach.

Tel Aviv Pride Parade
Tel Aviv's Gay Pride Parade takes place in June each year. The festivities usually include prominent politicians expressing their desire for a fully-inclusive Israel before participants march through central Tel Aviv - along Bograshow and Ben Yehuda Streets and ending at Gordon Beach. Revellers then celebrate their freedom by partying al fresco on the beach, as international DJs keep the crowd dancing well into the night. In conjunction with the parade there are also around 50 gay-related events organised throughout the week.