Gay and Lesbian Holidays in Miami 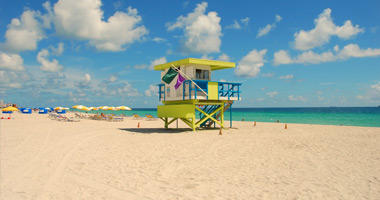 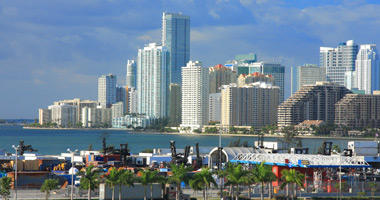 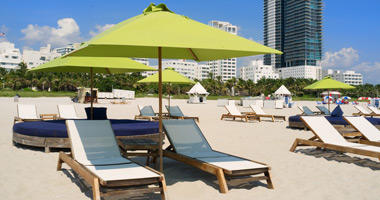 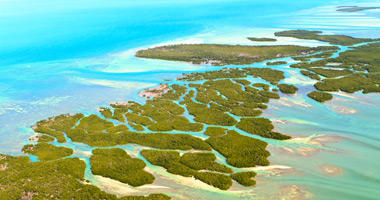 Miami as a Gay Destination

Miami's South Beach has been a hot spot for gay and lesbian travel since the late 1980's. Indeed it was the relocation of gay men from around America that aided to the revitalisation of the area throughout the 1990s. The region entered popular culture in 1996 after the release of the hit film, The Bird Cage starring Robin Williams and Gene Hackman. The authorities of Miami Beach continue to re-examine the equality laws for its citizens – in 2004 residents could register their domestic partnership and in 2010 the Human Rights Ordinance strengthened existing human rights laws.

Gay travellers today will revel in the strong sense of community that pervades South Beach. Enjoy wandering along Ocean Drive to admire the classic art deco architecture, shop in the exclusive boutiques and savour lunch at one of the trendy cafes.

The Beaches
Miami's dedicated gay beach is located in front of the intersection of 12th Street and Ocean Drive – just look for the universal rainbow flags flying from the chair rental companies on the beach. Gianni Versace's house where he was tragically killed is nearby on Ocean Drive. This is the beach where boys come to be seen – parading in the hottest designer swimwear for the attention of willing admirers. For a clothing optional beach, head around 15 kilometres north of South Beach to Haulover Beach Park in North Beach.

The Nightlife
South Beach boasts a thriving nightlife. Score is one of the largest gay bars and offers a fantastic outdoor area for those wishing to chat, as well as a pumping dance floor. On the other hand, Twist is an old time favourite that presents lap dancers for entertainment. Other options include the very friendly Mova and Palace, which doubles as both a café and a bar – the tables on Ocean Drive provide ample eye-candy.

All visitors to Miami are treated with the same warm hospitality. However gay and lesbian travellers may appreciate staying on South Beach to make the most of the beautiful beach and to minimise travel time after a big night out.

Pride Festival
With such a thriving gay scene, it's a little surprising that Miami's first dedicated pride festival was held for the first time in April 2009. Over the weekend in April, the various bars and clubs all host special parties to celebrate diversity and inclusion. On the Sunday, the official parade starts at midday and progresses along Ocean Drive from 5th to 15th Street. Following the march, the party continues on the sand in Lummus Park with enthusiasts entertained by big name performers.

White Party Week
What is now a fixture on the international gay calendar began in 1985 as a fundraiser for a local HIV/AIDS organisation. Today, the formal White Party, where everyone as the name suggests wears white, is the final event in a weeklong festival in late November to generate funds for Care Resource. The events organised throughout White Party Week include a T-Dance, Pool Party and the always popular Swan Song.

Winter Party Festival
Miami's Winter Party first took place in 1994 and has subsequently evolved into one of country's premiere fundraising events for local and national American LGBT communities. Over 10,000 revellers each year enjoy the various events organised over the six days in late February or early March. Popular events include the Beach Party, Pool Party and the Sunday Brunch.