Live out your very own fairytale at Disneyland California, the Happiest Place On Earth. Visit the original Disney theme park and neighbouring Disney California Adventure Park for a truly magical holiday. Read more... 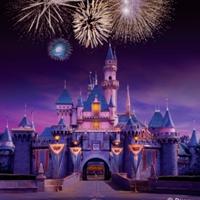 A Disney Resort Multi-Day, Park Hopper Ticket entitles a guest to admittance to both Disneyland Resort Theme Parks over a specified number of days, including visits to both Theme Parks on the same day. 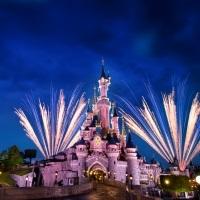 A Disney Resort Multi-Day, Park Hopper Ticket entitles a guest to admittance to both Disneyland Resort Theme Parks over a specified number of days, including visits to both Theme Parks on the same day.

The Happiest Place On Earth

Whether you’ve visited Disneyland before or you’re heading there for the first time, this guide will give you the insider tips on where to stay, eat, play and shop.

Los Angeles Airport (LAX) is one of the busiest hubs in the world. While this means you will want to allow plenty of time to clear customs and immigration, it also means there are flights and connections available around the clock. Sydney alone has at least five direct flights to Los Angeles per day.

It takes about an hour-and-a-half to travel between LAX and Disneyland. The Disneyland Resort Express bus costs $USD48 per return trip and is free for children aged 11 and under. Buses depart frequently from all terminals and are signalled by a green sign. Taxis are also an easy option and cost around $USD100 on a good run.

The Disneyland Resort area is easily explored by foot, especially if you're staying at the Disneyland Hotel, Paradise Pier, or Grand Californian Resort & Spa. It only takes about 15 minutes to walk from the Disneyland Hotel at one end of the resort to Disneyland Park and California Adventure at the other, via the Downtown Disney dining and shopping precinct. Do wear comfortable shoes, though, as you'll be doing plenty of walking while in the parks.

Disneyland's monorail was an icon of the future when it debuted in 1959, just four years after the park opened. The monorail is something of a ride in itself and offers a great introduction to the area, travelling a four-kilometres loop from Downtown Disney to Tomorrowland in the Disneyland Park. The journey takes approximately 13 minutes and all you need to ride is your park ticket. Disneyland still uses paper tickets as opposed to Walt Disney World's MagicBands, so be sure not to lose them!

Did you know...? Proof that Mickey Mouse Ears are the ultimate Disney souvenir, 84 million have been sold since 1955 to more than 700 million visitors!

When Disneyland opened in 1955, there wasn't a hotel in sight. Walt enlisted the help of a friend to build a hotel block that could be repurposed as residential apartments should his dream of Disneyland fall short. That block is now the Disneyland Hotel, still going strong some 60 years later.

Disney has also established a Good Neighbor program with independent hotels located close to the park, ranging from budget-friendly to high-end. There are more than 40 Good Neighbor hotels, including the Howard Johnson Hotel and Sheraton Park Hotel, both just a short walk away.

The Disneyland Hotel opened just a few months after the park itself with a mere 100 rooms. Today, it boasts three towers (Adventure, Fantasy and Frontier) with a variety of rooms from Standard through to themed Signature Suites. What makes this hotel truly special, though, are the Hidden Mickeys adorning each room.

You can't get much closer to the action than Disney's Grand Californian Hotel & Spa, located in the heart of Downtown Disney. A slightly more modern alternative to the Disneyland Hotel, the Grand Californian resembles a luxe log cabin, with a variety of room types available and upscale dining onsite at Napa Rose.

Where to Eat & Drink

You won't have any trouble finding somewhere to curb your cravings at Disneyland. From hotel dining to Downtown Disney and inside the parks themselves, there are around 100 dining options to choose from.

You're never far from a soft pretzel or churro vendor in the parks either, as well as confectionary stores selling all sorts of Mickey-shaped delights (rice krispie treats, candy apples and cake pops, to name a few). While you can easily grab a 'quick service' breakfast or lunch, it's worth booking ahead for dinner.

It's not all churros and pretzels at Disneyland! Napa Rose at the Grand Californian is the epitome of fine dining, with an elegant setting and a menu highlighting seasonal Californian cuisine. Knowledgeable sommeliers are on hand to match your spiced lamb rack or pan-roasted scallops with the perfect Napa Valley wine.

When lunch time rolls around in Disneyland Park, make your way to the French Market Restaurant for a taste of N'awlins. Take your pick from time-honoured Southern fare like po' boy, corn chowder and jambalaya. Stay a while and listen to the jazzy Royal Street Bachelors as you sip on a refreshing (and G-rated) Mint Julep.

Once you've swapped cereal for crispy Canadian bacon and had Mickey stop by for a cuddle and a quick pic, breakfast will never be the same again. Character Dining is one of those pure Disney experiences where you can meet your favourite characters in between bites of breakfast, lunch or dinner. Reservations are absolutely essential.

If you're staying at the Disneyland Hotel (and even if you're not), grabbing a table for breakfast at Goofy's Kitchen is a must. The eye-popping buffet hosts a dizzying array of eats from peanut butter jelly pizza to Mickey waffles and cheese blintzes with cherry compote. On the way out, strike a pose with Goofy in his quirky kitchen.

Conveniently placed a droid's throw from Tomorrowland, Plaza Inn serves up a la carte American fare in an elegant Victorian setting. Largely designed and furnished by Walt's wife Lillian, Plaza Inn has been a mainstay on Main Street U.S.A. since Disneyland opened. Try the fried chicken and remember: an 'entree' is actually a main.

The Downtown Disney district was added to the Disneyland Resort area in 2001 in conjunction with Disney California Adventure Park. The area is filled with dining, entertainment and shopping opportunities, many of which are open until the wee hours.

Beyond the typical souvenir stores, you can pick up unique Disney mementos like hand-drawn artwork and vinyl collectibles at D-Street, Disney Vault 28 and WonderGround Gallery.

There are also a number of specialist retailers in Downtown Disney, like Fossil, Sephora and the LEGO Store. Kids (and big kids) will get a kick out of crafting their own cuddly teddy at the Build-A-Bear Workshop, or a remote-controlled car complete with spoiler and mag wheels at RIDEMAKERZ.

Little Disney princes and princesses can receive the royal treatment at the Bibbidi Bobbidi Boutique, located at the edge of the Sleeping Beauty Castle in Fantasyland. A Fairy Godmother-in-training is on hand to makeover boys and girls with armour and gowns respectively. Unfortunately, the experience is only on offer for ages 3 to 12.

More of a souvenir emporium than store, World of Disney is packed to the rafters with Mickey Ears, collectibles, pins and plush toys. Save your spending money for this Downtown Disney retailer and tick off your to-buy-for list at the one place. Keep an eye out for limited edition 60th Anniversary merchandise!

While trick-or-treating has become popular around the world, the United States is still the hallowed ground of Halloween. Disney loves a special occasion and Halloween is no exception, with Main Street U.S.A. transformed into a pumpkin festival, Disney's Happiest Haunts Tours commencing at sundown, and plenty of one-off collectible souvenirs.

If you thought Disneyland was magical enough, you ain't seen nothin' yet! Christmastime sees the Disneyland Resort area decked out in mistletoe and yuletide joy, from special Christmas-themed lights on "it's a small world" to a Christmas Fantasy Parade down Main Street, and a spooky holiday makeover for the Haunted Mansion.

Every once in a blue moon, Disneyland opens for a 24-hour event and, when it does, the crowds go wild. The last 24-hour event was held on May 22–23 to kick off the park's Diamond Anniversary celebrations, which saw thousands of guests lining up in their PJs before the gates opened at 2am.

"it's a small world"

The tune is stuck in your head already, isn't it? This whimsical boat-ride was originally created for the 1964–65 World's Fair and is so popular it's been replicated in every Disney park.

A park icon, the Matterhorn Bobsleds take you 24 metres up Switzerland's monolith mountain, zipping through icy chutes and under waterfalls. Watch out for the Abominable Snowman!

The Mad Tea party has been a feature at Disneyland since the park opened in 1955. Sit inside an oversized teacup and twirl about Wonderland.

Do you dare enter the creepy haunted estate filled with ghostly guests? Disembodied voices, apparitions and mischievous poltergeists make for a hair-raising ride.

Pirates of the Caribbean

Before it was a blockbuster, Pirates of the Caribbean was – and still is – a Disneyland favourite. Take a 15-minute ride where boisterous buccaneers sing anthems about plundering and pillaging.

Those who have been to Walt Disney World will be familiar with the FASTPASS service, which allows you to save your place in the queue at some of the park's most popular attractions such as the Haunted Mansion and Splash Mountain.

Unlike Walt Disney World, there is no online booking system available for Disneyland or California Adventure. Instead, look for the FASTPASS Distribution signs at kiosks near the attractions.

Pin Trading is serious business at Disney parks. It's not unusual to see Disney diehards weighed down with years' worth of pins and Cast Members (aka staff) wearing their favourite pieces of flair. Cast Members cannot refuse a trade, as long as it's for an authentic, metal Disney pin and they don't already have the pin being offered.