Words by Will Coldwell

A design for a new jacket that hopes to solve every petty problem, discomfort and inconvenience a traveller may face has become the most funded fashion item in crowdfunding history, raising over $1.5 million (A$2 millioin) on Kickstarter in two weeks.

The BauBax jacket offers 15 built-in features including an inflatable neck pillow, gloves in the sleeve, earphone holders and an eyemask in the hood, leading some media outlets to describe it as the “Swiss Army knife of travel jackets”. 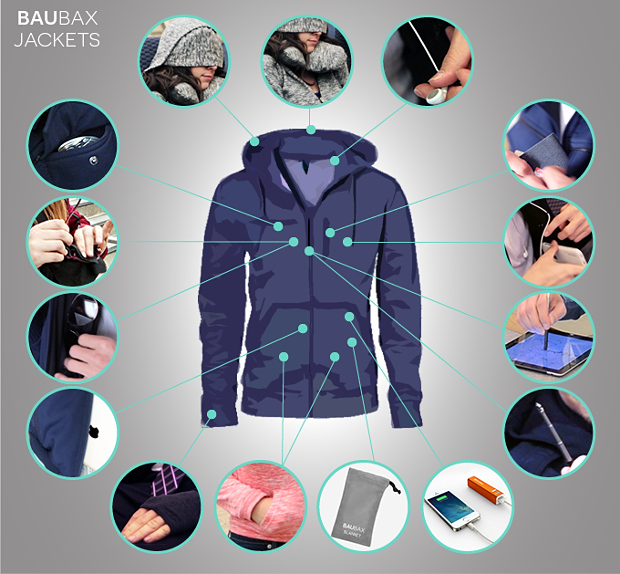 Even the zip, which conceals a telescopic pen, is now “smart, useful and social,” according to the company. This is signified on the BauBax website with a photo of a man on a train handing the woman sitting beside him a pen (presumably to write his phone number down).

Despite boldly stating: “Gone are the days of jackets with only pockets,” this does seem to be the gist of most of the other features, with space designated for a phone, charger, passport, sunglasses and drink. 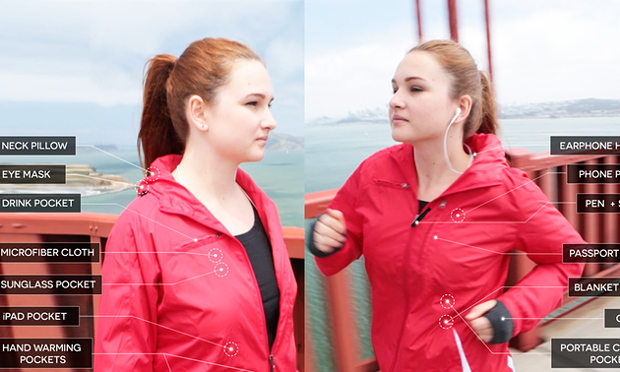 Still, the concept appears to have caught the imagination of people around the world, with more than 9,000 pledging money to help the BauBax jacket become a reality. Those who donate over $89 will be sent a jacket of their own when the item is released in November.