Polynesian treasures Tonga and Samoa are two of the best kept secrets of the South Pacific. Not often found on many travel itineraries, Samoa and Tonga embody the ideals of island paradise where you can expect bright smiles, shimmering beaches and dazzling tropical menus.

Choosing between the two can be a difficult task, which is why we've created in-depth overviews to ensure you don't end up on the wrong island. But even if do, there's still a chance you won't want to leave.

The Splendour Of Samoa

Settled half way between New Zealand and Hawaii, Samoa's 10 islands are clad in white sandy coastline, rugged volcanic peaks and lush forested valleys. Given that Samoa's tropical ambience is permanent year-round, it's surprising tourists haven't swooped on this pristine paradise, but that's exactly what sets it apart. 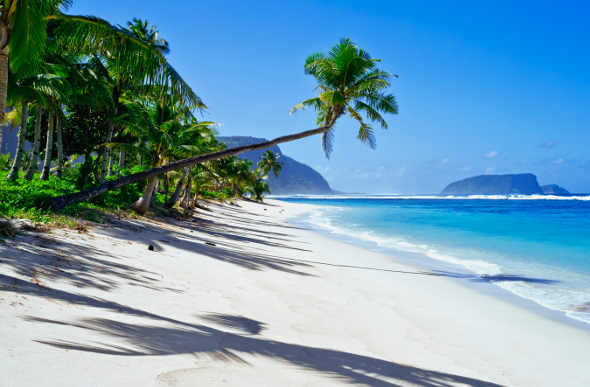 A typical scene on Samoa's island of Upolu (images: Getty)

Discover hundreds of species of colourful fish and coral with scuba diving offshore from the main island, Upolu, or gain insight into traditional village life on the "big island" of Savaii.

With blowholes, caves, lava fields, waterfalls and freshwater pools to explore, you'll no doubt work up a big appetite. Luckily, Samoa's cuisine is as fresh as the ocean breeze. Dine on crayfish caught only hours ago, a ripe picked papaya and hot-stone cooked feasts wrapped in banana leaves.

Find your perfect Pacific paradise. Jetstar Cutting Baggage - What You Need To Know

Things to do in scenic Samoa. Top Activities in Samoa

The Treasures Of Tonga

The Kingdom of Tonga is a royal treat, with more than 170 islands primed for discovery. Only 40 of those islands are inhabited so if you're dreaming of a deserted island escape with nothing but sand and the sea, Tonga can deliver.

Tongans are renowned for their hospitality, so much so that Captain James Cook once dubbed Tonga the Friendly Islands. 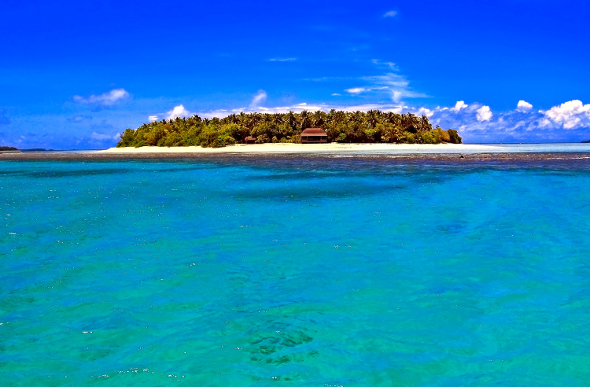 Just one of Tonga's many paradise islands

Easygoing and uncrowded, Tonga is a blissful mix of adventure and relaxation, with whale watching taking the crown as the top must-do experiences in this Pacific playground.

From June to November, you can easily spot humpbacks breaching and singing their whale song – you can even snorkel and swim with the graceful giants if the mood strikes!

Visit your local Flight Centre store or call 131 600 for more advice and the latest deals on travelling to Samoa and Tonga.