Once a bustling port town, Pompeii’s place in history was sealed with the eruption of nearby Mount Vesuvius more than 2,000 years ago. The natural disaster covered the seaside city in a cloud of gas, ash and rocks, along with an avalanche of lava.

Although Vesuvius destroyed Pompeii, the ash fell so quickly it preserved the city's remains as they stood, freezing the ruins in time for eternity. 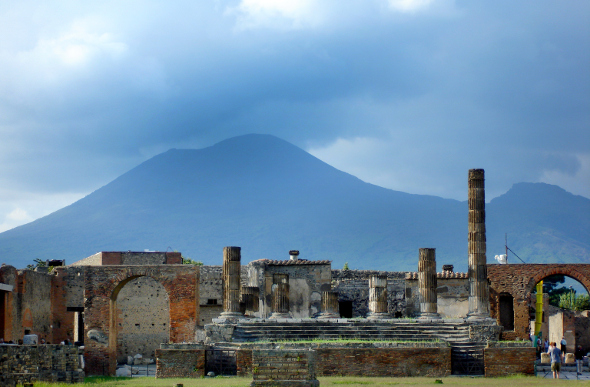 Mt Vesuvius will forever watch over Pompeii, the city it destroyed (Image: Getty)

The story of Pompeii is known almost universally and has been immortalised countless times in literature and on the silver screen, including the most recent Hollywood blockbuster, Pompeii.

The city is undoubtedly one of the best places in the world to immerse yourself in Ancient Rome. The buildings, vivid frescoes, streets and eerie 'bodies' (plaster casts of former residents who died in the eruption) enable visitors to time travel without much imagination.

It's little wonder that Pompeii is now a UNESCO World Heritage site, one of the most visited attractions in Italy and one of the most popular archaeological sites in the world.

Pompeii can be easily reached from surrounding cities by train, car or bus. Travel time by road is around 2.5 hours from Rome, 30 minutes from Naples and 45 minutes from Sorrento.

By train, from Sorrento or Naples you can take the Napoli-Sorrento Circumvesuviana line to the Pompeii Scavi (the Villa dei Misteri stop). The trains run every 30 minutes and take between 30 and 40 minutes to reach Pompeii from Naples.

6 Reasons To Visit The Vatican

Open Shutter: Photographs & Tales From A Holiday In Florence 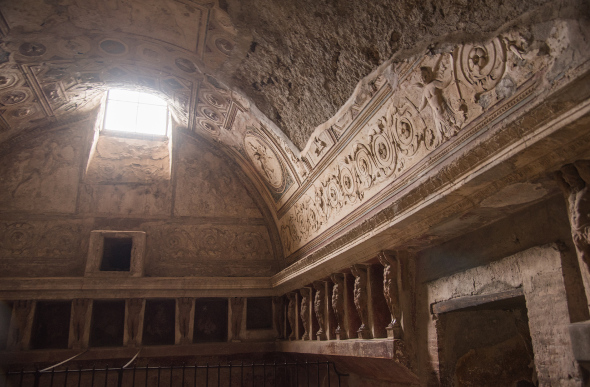 Pompeii is comprised of hundreds of buildings, so planning ahead of your visit is essential if you want to get the most out of your visit.

Grab a map and decide on a route that covers everything you want to see. Remember, most visitors arrive via train from Naples or Sorrento and go in via the main entrance at the Porta Marina.

From there the first stops are the forum and main piazza. While impressive, don’t get caught in the tourist trap; keep moving as there are better buildings to come.

The most-visited building in Pompeii is the brothel, Lupanar of Pompeii, a place noted for its explicit painted ‘menu’ of the acts customers could purchase.

Another highlight is the richly decorated thermal baths, a complex that includes vaulted steam rooms, plunge pools and swimming pools. Each one illustrates the importance Romans placed on bathing.

The Temple of Isis is one of the best preserved ruins in Pompeii. It provided the inspiration for a young Mozart's opera, The Magic Flute.

And the Amphitheatre, located far from the entrance, is 150 years older than the Colosseum, making it the oldest of its kind in the world.

Remember that many of the best private houses are locked for most of the year. They are opened occasionally, so if you spot an open gate, take the opportunity to explore. 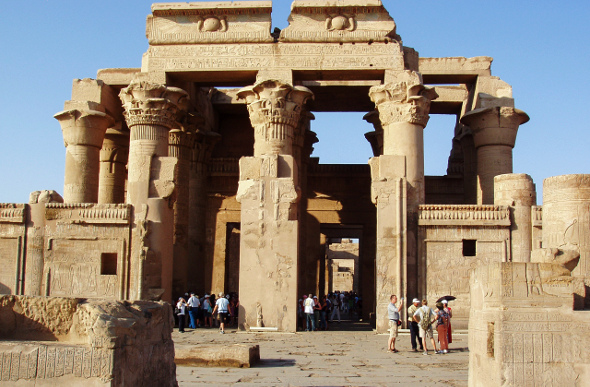 The Temple of Isis is an arresting sight (Image: Getty)

The best and least expensive time to visit is from November to April. Hotels lower their rates, flights from Australia are generally more affordable and the colder months attract fewer tourists.

While the weather can be unpredictable, sunny days are still abundant even during winter.

If you do visit in summer, be prepared for very hot temperatures with sunscreen and water. You can refill your bottles at one of the many ancient street fountains in town.

The fee to enter Pompeii is currently 13 euro (AUD$19.20) or 7.50 euro (AUD$11) for concessions. Tickets can be bought online ahead of time. If you are time poor, a guided tour might be a better option.