Top 7 Things To Do In Alberta In The Summer

Top 7 Things To Do In Alberta In The Summer

Snow and more snow come to mind when Aussies dream of Canada, but – unlike Australia – this great northern nation has a full four seasons to experience. And one of the best places to visit in the summer is Alberta. From festivals to icefields (yes, even in summer), cultural centres to cultural sites, here are some of the best things to do when Alberta heats up. 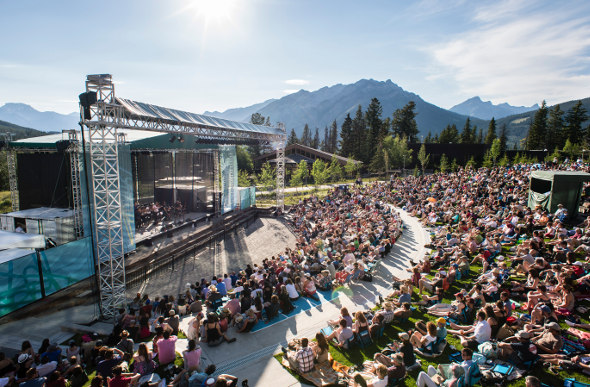 Way up in the Canadian Rockies in the tiny town of Banff sits a catalyst for creativity with roots dating back to 1933. People come from all over the world to study and perform at The Banff Centre. At any one time, you might find talks by rocket scientists, film screenings, contemporary art exhibitions, arts and crafts, puppetry, dance, theatre, electronic music, digital art, and ballet. It’s world-class and the views are to die for. 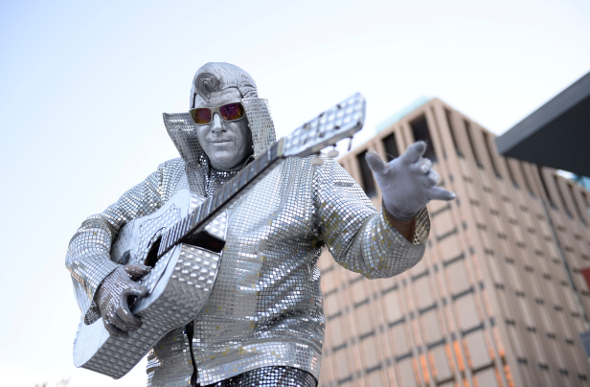 StreetFest has been going strong for more than 30 years. Performers are invited from as far away as New Zealand, China, Japan, Russia, Portugal, Brazil, the US, as well as Canada. And a lot of Australian performers head there every year. Expect jugglers, magicians, musicians, stilt walkers, clowns, cabbage catchers, comedians, dancers, living statues, fire eaters and more, from 11.30am to the Troupe du Jour variety show at 10pm every day of the festival. Artists are paid in the time-honoured pass-the-hat tradition, so dig deep.

Stretch your picnic blanket out on the lawn to view one of the more than 70 artists from 16 countries at the Calgary Folk Music Festival in Prince’s Island Park on the Bow River. The full line-up for 2016 is yet to be announced, but you can expect performances from the James Blood Ulmer Trio (likened to the Tom Waits of guitar), Swedish singer-songwriter Kristian Matsson (The Tallest Man On Earth); and Cob Lund and the Hurtin’ Albertans. 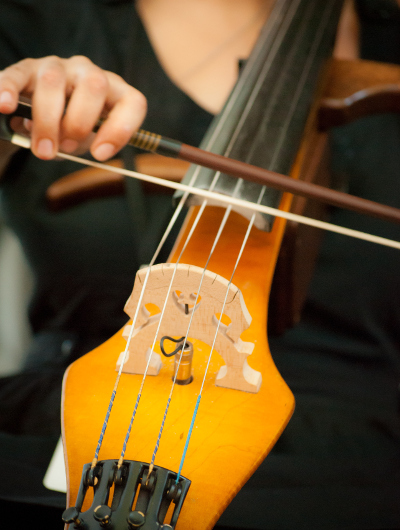 Meanwhile, back in Edmonton, hit downtown Gallagher Park for an A-Z of folk luminaries at the Edmonton Folk Music Festival, the largest in North America. Last year’s event drew the likes of Sydney duo Angus & Julia Stone, Canadian blues-raga-man Harry Manx, and Saharan blues band Tinariwen. This year’s line-up will be announced in May.

Rugged and beautiful: The Snowy Frontier Of Banff

All-season Alberta: Amazing On And Off The Slopes 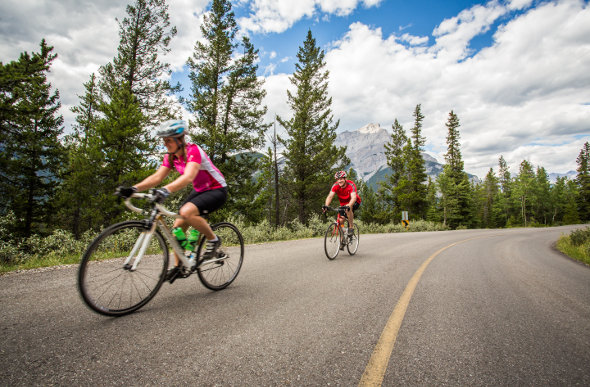 Got strong legs and good lungs? Cycle the 300-kilometre journey along the Icefields Parkway between Jasper and Banff, through the incomparable wilderness of the Canadian Rockies. Pedal past elk, bighorn sheep, maybe even a moose or two. And it might be prudent to ask a local what to do if you encounter a bear. Along the way visit Athabasca Falls, glaciers, Bow Summit (the highest point at 2,069 metres) and the world-famous Lake Louise. There’s beautiful accommodation in these parts, too – and let’s face it, you’re probably going to need some pampering. 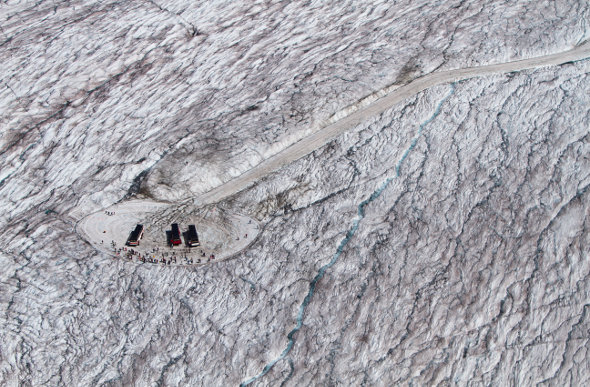 Champagne, darling? Snuggle up and sip some bubbles on the Athabasca Glacier – yes, you can still see snow in summer when you’re up this high. Ride the massive Ice Explorer vehicle up from the Columbia Icefield Glacier Discovery Centre for a truly chilled experience on the icefield, which feeds eight major glaciers. The more adventurous can take a three-hour guided ice walk on to the Athabasca glacier, or tackle the Glacier Skywalk, a cliff-edge walkway leading to a glass platform above a 280-metre drop. 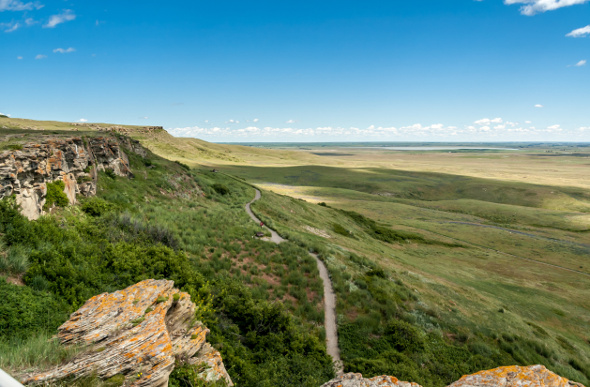 The cliffs where herds of buffalo met their end. Picture: Getty Images

This World Heritage site near Fort Macleod bears witness to a method of hunting practised by North American plains people for nearly 6,000 years. The native people would hunt bison by stampeding them over a cliff, and carcasses were butchered in the camp below. The hunt would begin with a ceremony to ensure the success of the hunt. Then buffalo runners, disguised under animal hides, would lure the herds towards the cliffs. There is an interpretive centre at the site, featuring artefacts and films about the hunt, and everything you ever wanted to know about the uses of various parts of the buffalo. 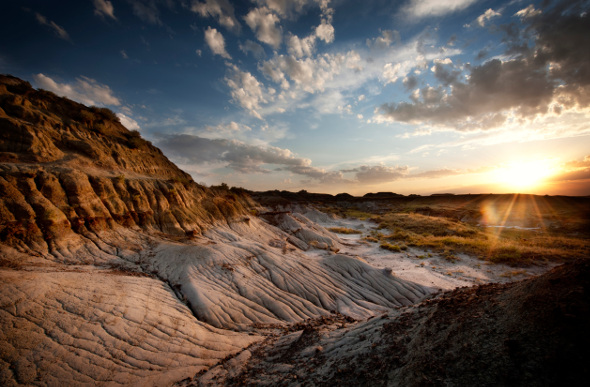 Explore extraordinarily beautiful badlands, camp under the stars, or join an authentic dinosaur dig at Dinosaur Provincial Park, near Brooks. Another World Heritage site, it has the world’s richest deposits of dinosaur bones. There are outdoor fossil displays and interpretive tour programs. And in the summer, check out the dinosaur-themed family theatre shows during the day; and Broadway in the Badlands in the Deadlodge Canyon Amphitheatre on the banks of the Red Deer River at night.

Visit your local Flight Centre store or call 131 600 for more advice and the latest deals on travelling to Alberta.