Model, designer, actress and media personality Megan Gale has hopped on her bike to promote New Zealand’s more than 2,700 kilometres of cycle trails.

Gale was today named Tourism New Zealand’s ambassador for the New Zealand Cycle Trail network, endorsing The Great Rides that are suitable for all ages, cycling tastes and abilities. 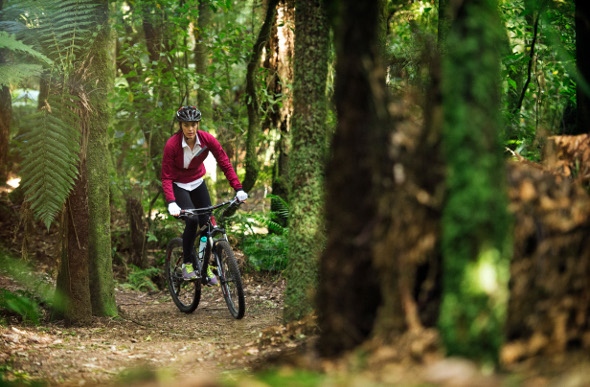 She has strong family links to New Zealand, and a passion for cycling.

“New Zealand is in my blood – my mother is part Maori so the connection to New Zealand has always been strong,” she said.

“Cycling is part of my exercise routine so combining it with travel is the perfect balance. The best part is you can explore the country from an entirely different angle – it’s like riding through a postcard.”

To kick off the cycling campaign, Gale was filmed riding the two-day Timber Trail, which follows old tramlines and crosses suspension bridges through ancient forests on the North Island; and the historical Otago Central Rail Trail, which winds through rocky landscapes, high-country sheep stations, river gorges, tunnels and viaducts on the South Island.

Tourism NZ general manager, Australia, Tony Saunders said: “Megan was able to experience the very best of New Zealand’s food, wine, culture, history, nature and stunning scenery, all within such close reach of one another.”

About 9 per cent of Australians cycle as part of their holiday across the Tasman, he said, a number that was expected to grow.

The New Zealand Government and local communities have invested more than $A75 million since 2009 into developing the NZCT for experienced and leisure cyclists.