The Wizarding World Of Harry Potter 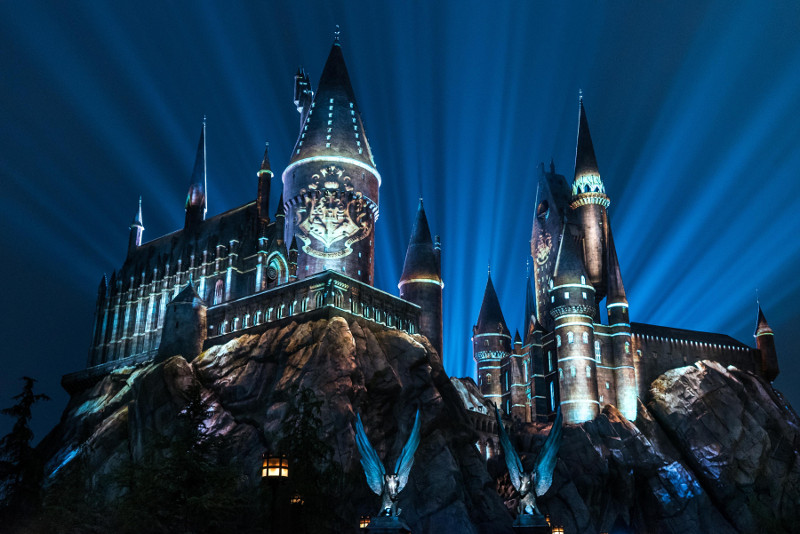 The Nighttime Lights at Hogwarts Castle. Image: B. Goldsworthy

Universal Studios Hollywood has debuted its all-new The Nightmare Lights at Hogwarts Castle, a dazzling light projection against the backdrop of Hogwarts School of Witchcraft and Wizadry. The dancing light display which shines as night falls on Hogsmead Village, showcases the four houses of Hogwarts: Gryffindor, Ravenclaw, Hufflepuff and Slytherin. Additionally, the display is accompanied by a special musical arrangement that emanates in a surround sound environment that was created by Academy Award-winning composer John Williams. Williams’ musical arrangement is based on the original scores composed for the Harry Potter film series. It was conducted by prolific arranger William Ross and recorded by the London Symphony Orchestra in London. The new summertime feature will take place multiple times a night during its run. 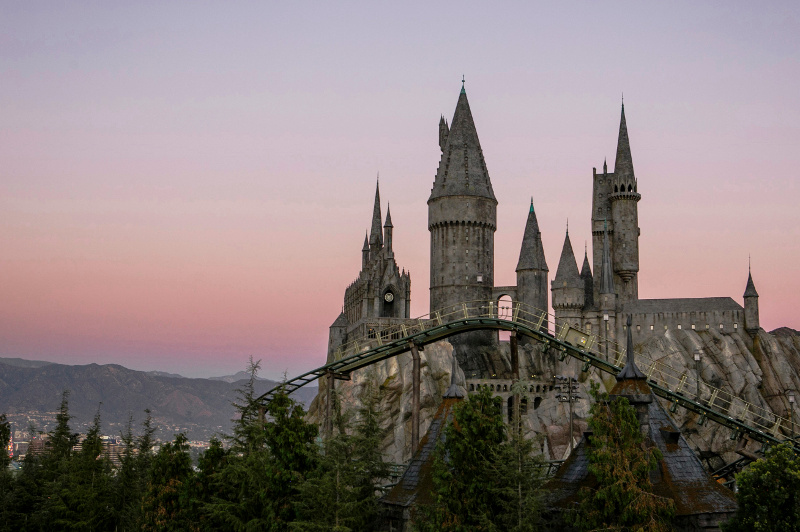 Have A Fright At Halloween Horror Nights

For the first time ever, the psychological horror film, The Shining, will bring unspeakable terror to Halloween Horror Nights in terrifying new mazes opening at Universal Studios Hollywood and Universal Orlando Resort, beginning this September. The twisted minds behind the nation’s best, most intense Halloween events will bring every gruesome moment and paranormal haunting that fans have seen in the film to life in original, disturbingly authentic mazes. 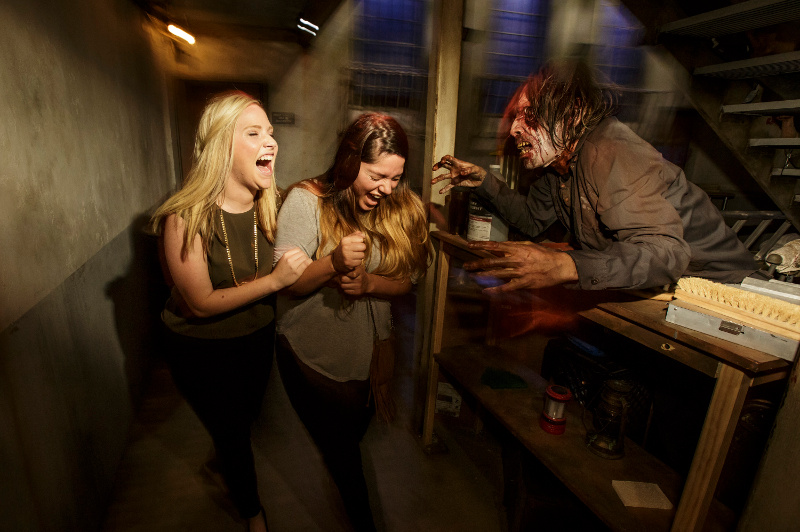 The Walking Dead are one of the big attractions at Halloween Horror Nights. Image: Universal Studios Hollywood

The Shining maze at Universal Studios’ Halloween Horror Nights will provide guests with a unique opportunity to relive some of the film’s most iconic, and sinister, moments. While venturing through the eerie Overlook Hotel, visitors will be thrust into the hotel’s tragic history of murder and madness, bearing witness to caretaker Jack Torrance’s spiralling descent into insanity. Nightmarish visions will come to life in this macabre maze, overwhelming guests with the “shine” of the murderous, ghostly entities that lurk around every turn – all while trying to escape the wrath of Jack Torrance as he violently succumbs to the hotel’s paranormal forces. 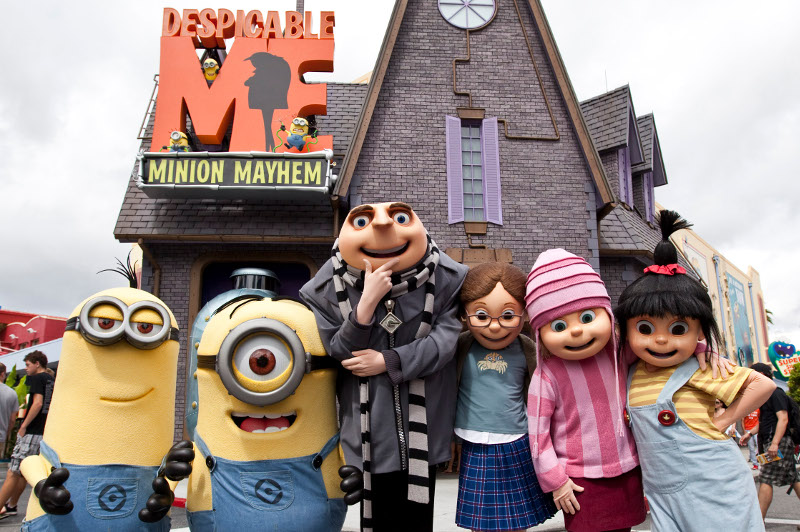 Four Minions and Dru, Gru’s long lost twin brother, have made their way to Universal Studios Hollywood to cause mayhem.

Known as the Tourist Minions, Dave and Jerry from Despicable Me 3 step out in full tourist regalia – sporting fanny packs, oversized sunglasses, floppy hats and cameras. They are accompanied by two new Jail Minions who join Minion Mel in Despicable Me 3 to revolt and make a go of it on their own – sporting familiar black-and-white striped jailbird uniforms. 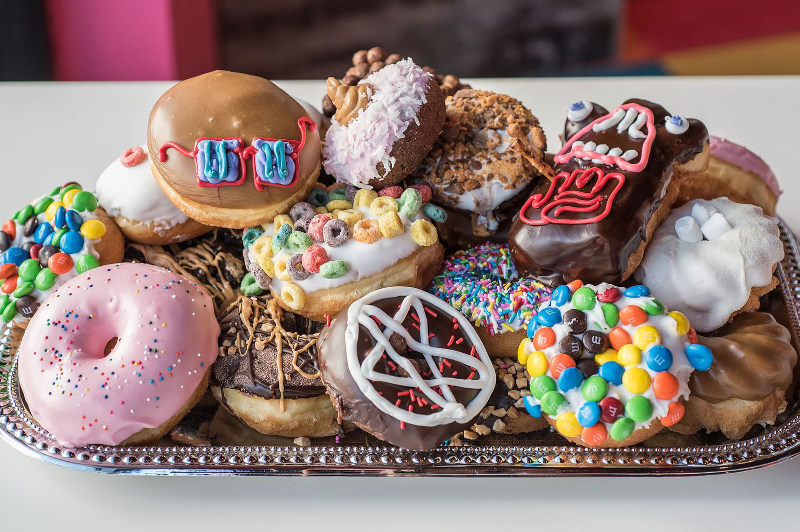 Just some of the tempting creations by Voodoo Doughnut. Image: Universal Studios Hollywood

A variety of scrumptious flavours are available such as Grape Ape, Mango Tango, the Voodoo Bubble, and Bacon Mable Baras well as their iconic Voodoo Doll. A popular takeout option, Voodoo Doughnuts are served in signature boxes or in a custom-made coffin.

The Director’s Lounge, a new uspcale bar providing pre- and post-movie going fun, now features an exclusive drink from Mario Lopez, the Mario-Rita. The Marketplace offers an expanded menu of concession features including Coca-Cola Freestyle with over 100 drinks, specialty smoothies and coffee drinks, gourmet popcorn and healthier options – all in a self-service concession stand.