Tweet
Read Time: 2.7 mins
The phrase ‘bright lights, big city’ could well be associated with Sydney at any time of year, but come winter, the Vivid Sydney festival gives it a whole new meaning.
The annual extravaganza of light, music and ideas splashes across some of Sydney’s most iconic structures, including Sydney Opera House and the Harbour Bridge. This year’s festival from May 26 to June 17 will be bigger, bolder and brighter, with a new precinct at Barangaroo and an expanded light walk through the Royal Botanic Garden Sydney.
With Vivid Light, a trail of installations will wind through Barangaroo, where A Day in the Light will immerse visitors in an outdoor theatre of light and sound. In the gardens, Birds of Lumos, inspired by the rare kiwi, will glow and pulse with colour. The Sydney Opera House sails will host Audio Creatures, populated with imaginary animals from the mind of director Ash Bolland. 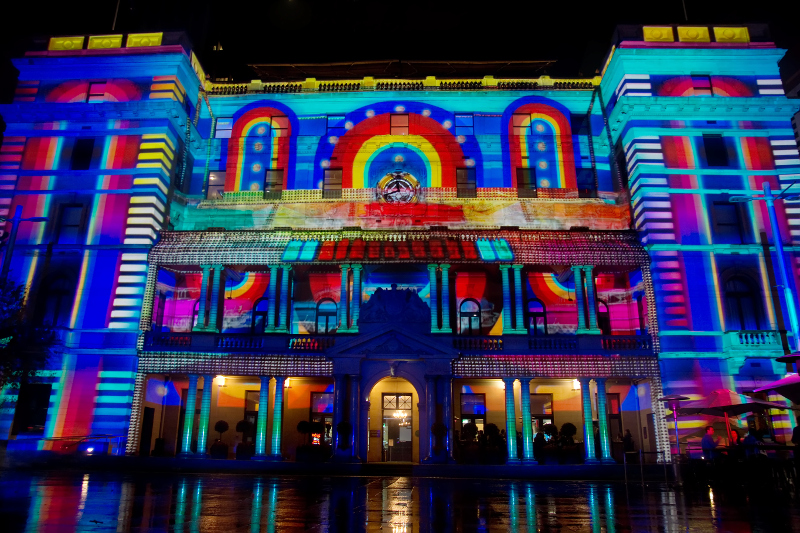 Vivid Music sees electro-pop duo Goldfrapp play, while folk-rock masters Fleet Foxes headline Vivid LIVE’s program at the Sydney Opera House. Vivid Ideas will inspire and challenge with American artist Shepard Fairey blurring the boundaries of art and design. It’s the perfect time for a winter break, and when the lights go down on Vivid Sydney, it’s worthwhile considering – and adding on – other events in Sydney and regional New South Wales. The Sydney Film Festival is on from June 7 to 18. Attend gala events, catch up on international movies, and talk film at the Festival Hub bar.
On July 29, the Art Gallery of New South Wales kicks off the esteemed Archibald Prize exhibition – see the winning entry, as well as the Packing Room Prize winner. 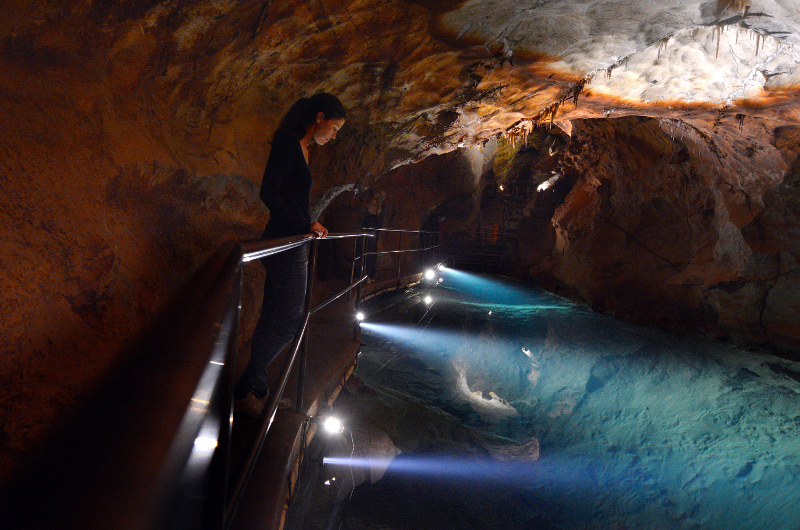 Or, you could head out of the city for a different kind of winter escape. West of Sydney lies the beautiful Blue Mountains, perfect for cosying up in front of the fire after a stirring walk through beautiful temperate eucalypt forests. Take an epic drive around the clifftops between Katoomba and Wentworth Falls to see Echo Point and the Three Sisters, and visit Scenic World for a jaw-dropping cable car ride. Katoomba also hosts the Winter Magic Festival on June 24, when local artists, musicians, dancers and drummers take over the town.
Further west, don’t miss the Jenolan Caves, where the illuminated beauty will rival anything at Vivid Sydney, and head on to Lithgow for Yulefest, from June to August, where boutique hotels deck the halls and provide roasted dinners and roaring fires. Two hours north of Sydney is the Hunter Valley, home to more than 150 vintners. The Hunter Valley Wine & Food Festival runs from May to June and features gourmet dinners, vineyard tours, winemaking masterclasses, long-table lunches and even a cheese festival. 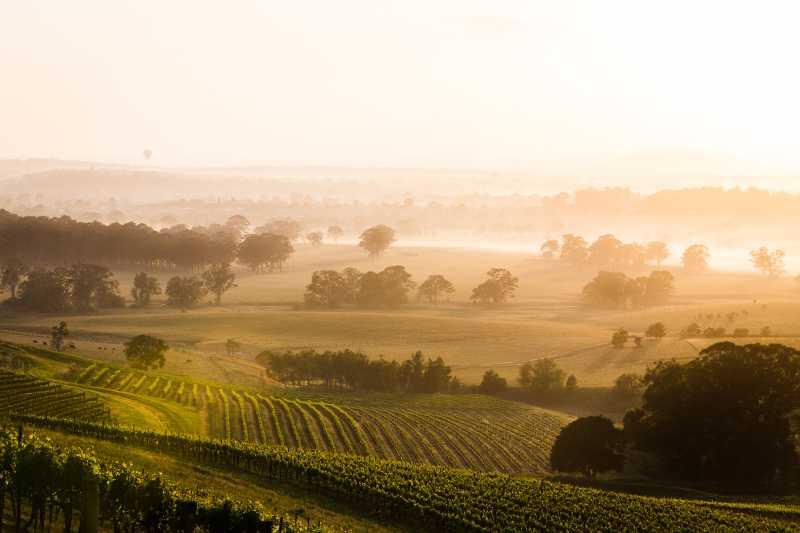 Still heading north, about 2.5 hours from Sydney is Port Stephens. If the beautiful surf beaches are too chilly, rug up for a humpback whale-watching cruise. Otherwise, warm up with a hike to the top of Tomaree Headland Lookout, or trek the astonishing sand dunes of Worimi Conservation Lands by foot, on a horse, or even a camel.
Make time for the Blue Water Country Music Festival from June 8 to 12, which will warm you up with modern and traditional country tunes, plus boot scootin’, bush poets and a seafood feast.

Visit your local Flight Centre store or call 131 600 for more advice and the latest deals on travelling to New South Wales.