Magic awaits in Venice off-season and, following its recent overhaul, the Gritti Palace hotel is perfectly positioned to reveal it.

In many ways the weeks before Christmas are the perfect time to visit Venice . The crowds have abated, and there is no more haunting sight than the lagoon cloaked in mist, so dense when I visited last weekend that one couldn’t see the top of the campanile in St Mark’s Square. 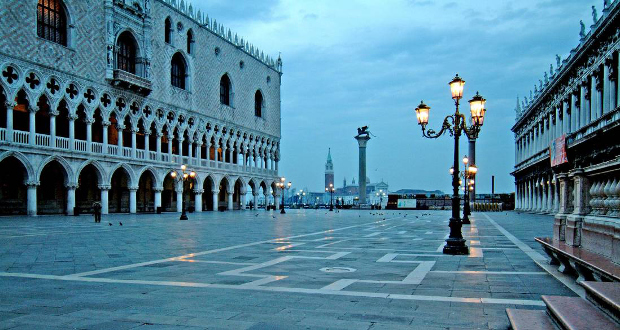 Of course the downside is that some of the finest hotels – the Cipriani, the new JW Marriott – are closed for the winter season by now. But then both are off shore, so to speak, the latter on its own island (as the forthcoming Kempinski San Clemente Palace will be when it opens in March), a 20-minute ride away from San Marco on the hotel’s complimentary launch. Not ideal if there’s a lot you want to see.

Given that you’re unlikely to see change from €65 ($99 AUD) if you step into a water taxi (even a one-stop buy-on-board vaporetto ticket to cross a canal is €7.50 ($11.50 AUD)), location is critical when choosing where to stay. And there aren’t many better-placed hotels than the Gritti Palace, a former doge’s home at the southern end of the Grand Canal, close to the Accademia Bridge.

If ever a hotel were to embody Giuseppe Tomasi di Lampedusa’s line that everything must change in order to remain the same, this is it. It may recently have been subject to a €55 million ($83.5 million AUD) overhaul, but the antique-filled rooms (acres of richly-hued Rubelli silk damask, countless Murano chandeliers, Venetian mirrors, antique boiserie) look as though they’ve been there forever. In a good way, of course, for the polish, the craftsmanship, the sheer quality of materials is exemplary. Just look at the way the vast sheets of marble in the palatial bathrooms have been fitted so that the lines of finely etched grain remain perfectly aligned.

The ever attentive and charming Italian staff have a reassuringly old-fashioned manner. Indeed the only unwelcome innovation are the endless permissions and waivers you have to sign with a stylus on an electronic lectern when you check in. (Balcony doors, for instance, are routinely kept locked; they’ll open them for you only if you indemnify them against a claim should some accident befall you if you step out on to one. But then for all its echt Venetian look and feel, the Gritti Palace is a Starwood-owned and -managed hotel.) 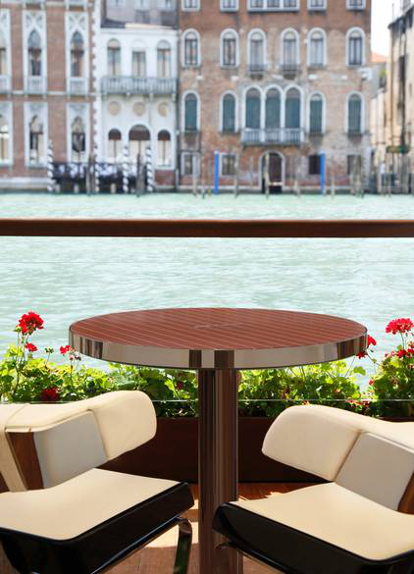 But I loved almost everything else, from the three original works by Pietro Longhi in the bar, including one of the rhinoceros that was brought to Venice for Carnival in 1751 (a companion piece to his painting of the same subject in London’s National Gallery), to the Miro prints on the walls of the Peggy Guggenheim Suite, one of the prettiest in the city. (Too bad the mobile in the corner isn’t an actual Alexander Calder, though it could pass for one.)

The Riva Bar, which extends out on the Grand Canal, looking towards Santa Maria della Salute in one direction, the Palazzo Venier dei Leoni, aka the Peggy Guggenheim Collection, in the other, is really the closest you can get to feeling you’re aboard an actual Aquarama, what with its teak-and-rubber table tops to resemble marine decking and its rather nautical white leather and chrome seats.

I’d recommend its restaurant too. I first tasted the cooking of its chef, Daniele Turco, a decade ago at the Giardino di Costanza in western Sicily; and then again in 2012 Marrakech at the Giardino di Costanza. A native of Mestre, the closest place to Venice on the mainland, for him the Gritti is something of a homecoming and a place to explore traditional Venetian dishes: a plateful of cicchetti consisting of five treatments of fish from the lagoon, shrimps large and small, saltcod and best of all moeche, the deep-fried softshell crabs that are briefly in season each autumn, followed by perhaps the most traditional Venetian dish of all: cuttlefish stewed in its ink with white polenta. The hazelnut praline, aromatic with mace, is worth saving space for too.

The Club del Doge, as it’s called, occupies another stupendously grand room, with a canal terrace where you can dine when it’s warm enough. It describes itself as formal, and asks men to wear jackets, but few of the diners the night we ate there had bothered to dress for the occasion, and not an eyelid was batted, not even when Jude Law – in quite a natty hat – swung by for a late supper.

This article was written by Claire Wrathall from The Daily Telegraph and was legally licensed through the NewsCred publisher network.