Southern Comfort – 4 More Reasons To Cruise The Mississippi With APT

Southern Comfort – 4 More Reasons To Cruise The Mississippi With APT

THERE’S something in the water, as they say, and the Mississippi leads to some of the most refreshingly fascinating sights and experiences from New Orleans, through to Memphis and ending up at Nashville.

And APT tours always promise – and deliver – something special.

Step back in time and it’s a case of all aboard gorgeous paddlewheeler Queen of the Mississippi for your home on the water as you’re transported from one port to another, including other smaller hubs such as Natchez, Baton Rouge, Franklin and Vicksburg. Hotels including the Peabody in Memphis, the Roosevelt in New Orleans and the Renaissance in Nashville provide the beautiful home away from home while on land.

Historic warfields, antebellum mansions, musical styles galore and as much sweet southern tastes as your tastebuds can handle make up the crux of the highlights. But for four specifically, try these: Felix's restaurant is a must-stop for a traditional po-boy sandwich. (Image: Scott Podmore)

Where to begin? More like where does it end! You’ve just got to know where to look, and that’s when an informed tour guide allows you to cut to the chase and hit the big ticket sights and a few others only a local could let you in on. The New Orleans leg of the package is arguably America’s most character-filled hub with an endless supply of history and mystery. The French Quarter clearly is the most alluring for world-famous Bourbon Street.

Smash the senses with a po’ boy at Felix’s, a traditional submarine sandwich Louisiana-style, or crack into an Area 3 Oyster Shooter, the seafood delicacy of which the restaurant is famous for. As for the city tour, spook yourself silly with cemetery strolls where the city’s unique aboveground tombs, stone sarcophagi and headstones mark burial sites for New Orleans’ dead. Music? Take your pick. Pay a visit to the home of jazz at Reservation Hall, look around and pluck your sound – Cajun music, zydecon, brass, ragtime, gypsy jazz, rock … 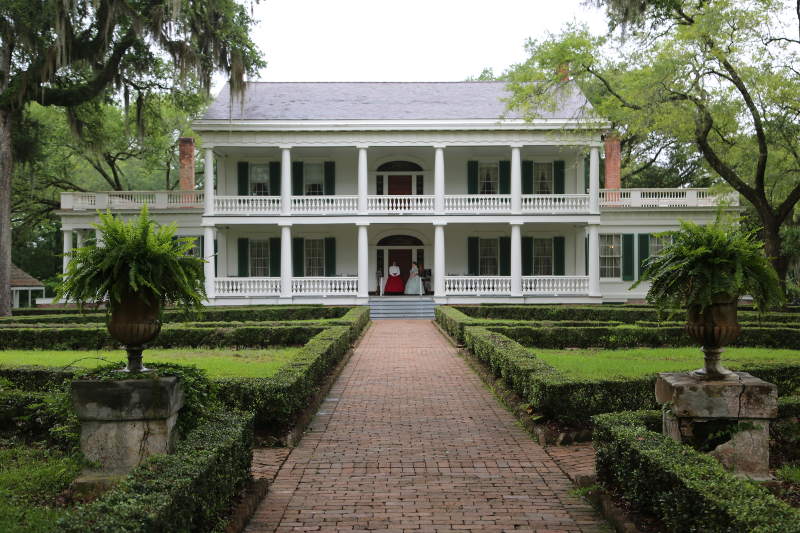 Rosedown was built in 1835, by Martha Barrow Turnbull and her cotton farmer husband, Daniel, inspired by Versailles. (Image: Scott Podmore)

You can picture it immediately. Southern belles covered in lace and the feather-hatted gentlemen who wooed them. You enter a whole world of yesteryear when you visit several incredible centuries-old mansions with walls that could seriously talk, and tour guides kitted up in traditional dress from a bygone era. Frogmore plantation is a serious history lesson on how the cotton fields were run, including several replica slavery quarters on show and storyboards illustrating their harsh past. Another is Rosedown, as much about the gardens as it is the house and the 12 historic outbuildings. In 1835, Martha Barrow Turnbull and her cotton farmer husband, Daniel, built a plantation home off the eastern shore of the Mississippi. Martha was inspired by Versailles and other post-Renaissance gardens and had the means and tools – land, planting materials, climate and labour – to realise her dream of creating a garden representative of a French style. Elsewhere, national historic landmark Oak Valley Plantation is a sight for sore eyes. First comes the grand entrance of giant oaks providing a guard of honour (think Interview With A Vampire) to welcome you up the front path. Learn all about this sugar cane farm while exploring an opulent home restored to her former grandeur. 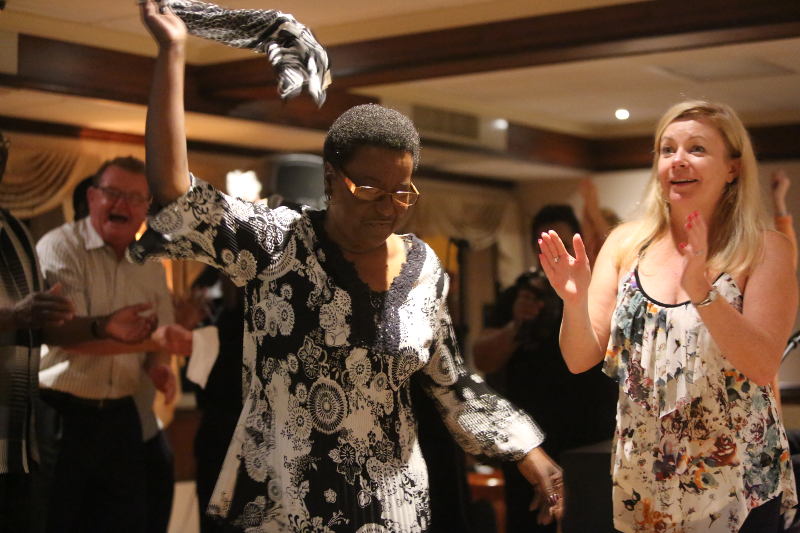 The Queen of the Mississippi allows you to let your hair down. (Image: Scott Podmore)

Queen of the Mississippi

“Sometimes you just gotta celebrate, y’all,” our riverboat Captain Kenny from Alabama says as he takes a little time out to join the guests with a spin around the dancefloor one evening. Great entertainment provided every night during your cruise is a massive highlight, from gospel choirs, to soul singers and Andrews Sisters lookalikes. The Queen of the Mississippi is a new riverboat combining 21st-century technology and Southern hospitality with the grandeur of past riverboats. APT guests gain an adventure within an adventure on this paddleboat, which has spacious staterooms with private balconies, cleverly designed compact bathrooms, room service and Wi-Fi. When you’re not gorging on enormous offerings of wonderful fusions of Southern-influenced meals three times a day – seared jumbo sea scallops, barbecued ribs, shrimp and grits, catfish, slaw, turtle soup, butter pecan ice cream and so on – there are six comfortable lounge areas to laze about in with fellow travellers. Karen “Toots” Maloy and an irresistibly thick Southern accent, the Queen of the Mississippi’s experienced riverlorian provides some fascinating insights into the river’s history with several one-hour talks for guests in the main lounge area. 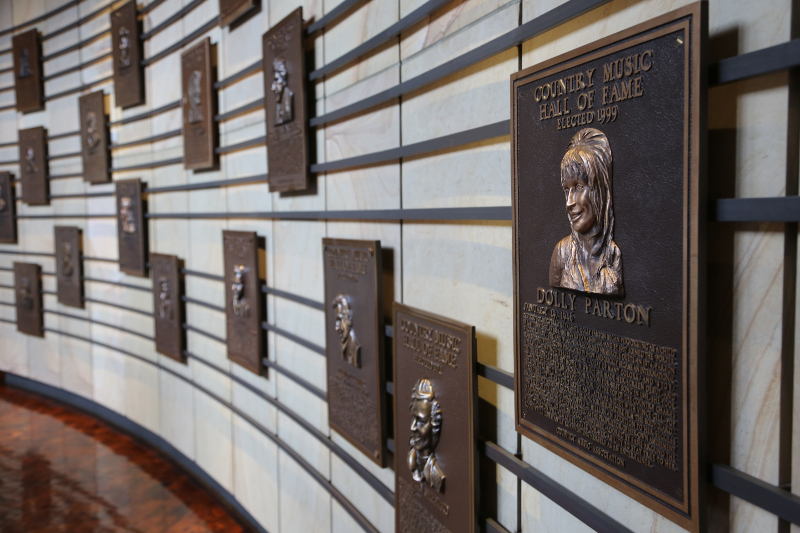 The Hall of Fame cover 13,000 square feet of memorabilia from the golden oldies of country music to Tyalor Swift. (Image: Scott Podmore.)

From a whole room dedicated to Taylor Swift for mod country rockers to sensational interactive displays and exhibits for such unforgettables as Dolly Parton, Reba McEntire, Johnny Cash and more, the 13,000 square foot facility in the heart of Downtown Nashville is a must-do.  The museum is not there just to look pretty, either, with comprehensive educational programs including instrument demonstrations and songwriting workshops. A magical place.

Scott Podmore is a travel and music writer, photographer, video producer and bestselling author who also owns and runs October Grey Media. When he’s not exploring the world and generating content for magazines and websites throughout the globe, he’s chilling down south (quite literally) in his hometown of Warrandyte in Victoria.
more articles from this author