From the wild and wacky acts of 1880s Vaudeville to today’s stars of Saturday Night Live, the Chicago comedy scene has always been known as a training ground for innovative creative comedic talent. Every night in town, there is a performer on a stage beaming with lights, making a room full of people laugh and laugh… and laugh. I’ve worked as a comic, writer, producer and director myself for decades, so I have an intimate knowledge of the best venues in town – from both on the stage and in the audience. So, in the hope of doing comedy’s greatest city justice, I bring to you my six-pack of the city’s hottest spots not to be missed. Enjoy!

As the mecca of improv comedy, Second City has launched the careers of homegrown talent that are now beloved icons of comedy: Steve Carell, Tina Fey, Stephen Colbert and Chris Farley, to name a few. It’s the name synonymous with the best in improv and sketch comedy – for good reason. With shows seven nights a week, the acts always bring something fresh. Catch classic-style improv and sketch with Chicago’s premier comedy troupes along with innovative shows such as #DATE ME: An OKCupid Experiment, one of my favourites. The show’s creators made up 38 ridiculously un-dateable profiles, put them up on online dating site OkCupid and let nature take its course. After months of interacting with real people through these profiles, the results ended up... you guessed it: hilarious.

Bring a date and cringe together. 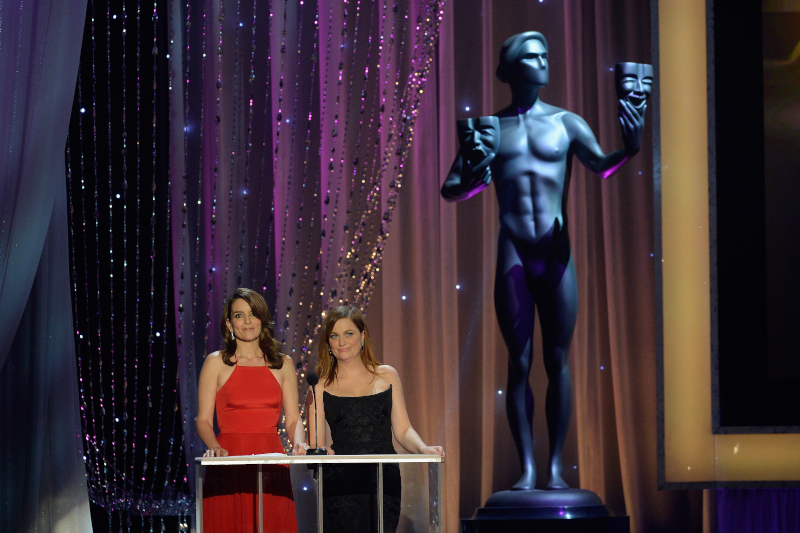 Adam Mckay, Amy Poehler, Mike Myers, Jordan Peele... each of these comedic geniuses have graced the stage of iO Chicago. The best part about this venue is that it doesn’t matter what night or show, you’ll walk out grinning from ear to ear. See TJ & Dave, a duo who take you through an hour of hysterical and heartfelt improvised comedy. Were you one of the kids in school who actually listened in English class? Then you’ll love one of iO’s most acclaimed shows, The Improvised Shakespeare Company. The greatest writer in the English language would be proud as this troupe takes his style and flips it around into a laugh-out-loud play inspired by the audience. On a budget? Don’t worry, iO has your back, with free shows every Wednesday night.

This is my favourite stand-up comedy club in Chicago, hands down. Zanies has been around for 30 years and you can tell. The best touring comedians fly into Chicago to perform at Zanies, surrounded by an arsenal of the city’s funniest comics. When you walk into any of their clubs in or around Chicago, it has that classy cool vibe of an old-school Vegas club, always with the warm energy of a room filled with laughter. Even their Tuesday showcase of new talent is always thronging with the funniest fresh new comics. If you’re coming to Chicago, stop at Zanies any time for a good time. 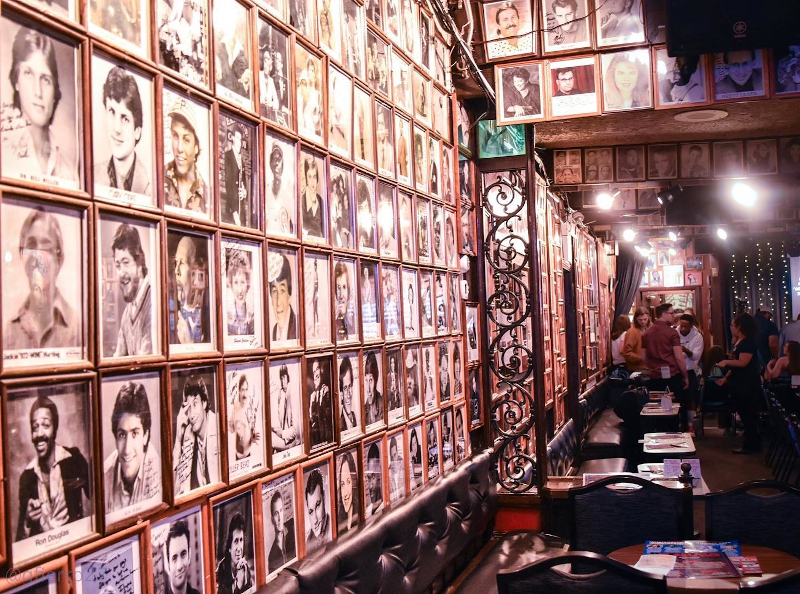 As a comic, this is one of the clubs you aspire to play at one day. What I love about The Laugh Factory is that it’s not your typical host, feature act, headliner club. And it’s not a night of random stand-up. It’s like going to a show jam-packed with headliners doing shorter sets. Most nights there’s a running show appropriately titled Chicago’s Best Stand-Up. They get super creative with themed shows, too. Date night? Take your one and only to the Drink, Date Laugh! show for a night of relationship funny. Feeling dirty? Check out the Nasty Show. Just had dinner, then drinks, now wish there was something late to go to? Try the Midnight Madness show.

I’ve toured the country for more than 15 years doing stand-up. I’ve played huge casinos in Vegas to Hollywood’s biggest venues. But sometimes, the best clubs to perform comedy at are the smaller dives, where you can get raw-and-ridiculous face-to-face with your crowd in an intimate setting. This cosy theatre has become a killer venue for comics to call home. Even comics who aren’t performing come to hang out in the bar or at the back of the theatre, occasionally surprising the audience and becoming part of the show.

Go a mile in any direction and there’s a bar advertising a comedy show on any given night. But you need to find the right place, otherwise you’ll be sitting through a bunch of terrible open mic comics reading notes off crumpled pieces of paper. Comedians You Should Know, at Timothy O’Toole’s Pub Chicago, is a weekly Wednesday showcase that may appear to be just another open mic, but it’s the exact opposite. This highly respected and critically acclaimed show is a favourite of comedy fans and stand-up comedians alike for a reason: they pride themselves on bringing audiences a first-class array of only the best local comics Chicago has to offer. Sometimes America’s TV favourites, like Jeff Garlin, drop in. Life is too short to be taken seriously, so laugh as much as possible.

This article was originally published in Travel ideas: USA magazine, which is available in stores and to read online.