Proving that all that glitters is gold, the centrepiece of the United Arab Emirates tourist industry presents a shimmering welcome mat to enthusiasts determined to embrace the audacity of the City of Gold - aka Dubai. 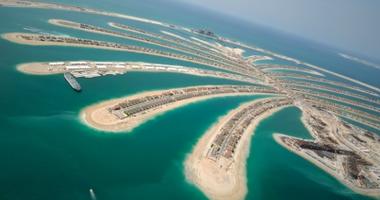 In 1820 the Sheikh's of the region, including the Sheikh of Dubai, signed a General Maritime Peace Treaty with Britain - Dubai reaffirmed UK protection in 1892. However, it was Dubai's strategic location that allowed the city to flourish as an important trading port and became known for its pearl exports. When Britain formerly left the region in 1971, Dubai together with Abu Dhabi and five other emirates formed the United Arab Emirates. Today the reputation of Dubai as a glitzy, modern resort city with a fairytale quality is world renowned.

In 2010 Dubai opened the tallest building on Earth, the Burj Khalifa at a cost of US$1.5 billion. The structure rises 828 metres and visitors have the opportunity of taking the lift to the observation deck on Level 124. To keep the family amused, Dubai boasts an ice rink, an aquarium, Sega republic and Kidzania. Also consider exploring the marina, the palm islands and the beautiful beaches along the coast. Gain a feel for the city's history by admiring the Jumeirah Mosque and wandering through the Bastakiya District. Dubai is a shopper's paradise with many international fashion labels featuring boutique outlets in the city's malls.

For lunch on the run, pick up a shawarma or falafel in pita.

Check out the Dubai Fountain and enjoy the spectacular dancing water display.

Shopping aficionados will head to the MOE - aka the Mall of the Emirates.

As a shopper's heaven, you'll find plenty of high-end goods to take home.