Rich with culture and charisma, Hobart is a laidback town beloved for its tranquil landscape, enchanting heritage and gourmet delights. Visit a winery, wander the historic markets and enjoy the good life in Tasmania's capital. 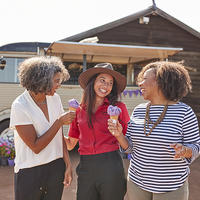 Tasmania may be small, but it’s packed with East Coast highlights that you’ll get to experience on this Launceston to Hobart tour. Stop to smell (and... 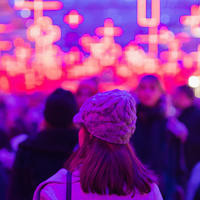 Enjoy a community celebration of cooking with fire at the Winter Feast. Take a wander through the festival’s affiliated gallery spaces, signposted... 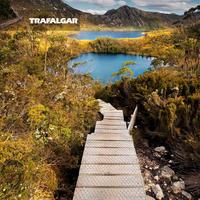 Go on the ultimate Tasmania getaway along the east coast lined with secluded bays, pink granite mountains, and pristine beaches. Learn the history of... 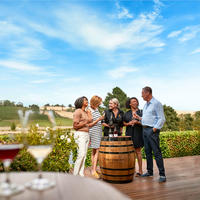 Some landscapes you can’t help falling in love with. The East Coast of Tasmania is one. The air is cleaner, water purer, characters larger, food and... 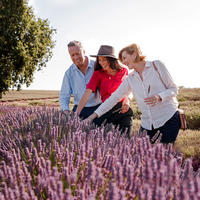 There’s little of the Apple Isle you won’t experience on this full tour of Tasmania. This is an experience spanning Tasmania’s charming cities, World... 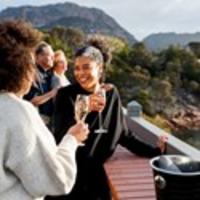 Tasmania is a place that is best explored like a local. Wine and dine your way through Tassie, sampling the finest local produce, home grown wine,... 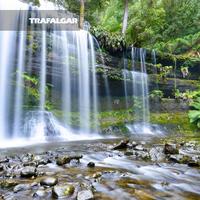 Like its name suggests, this is your perfect Tasmania tour. Experience stellar sunsets, dramatic landscapes from Freycinet coast’s pink-hued peaks to... 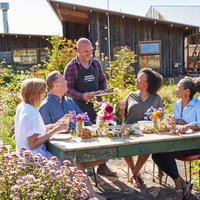 Nature, culture, food or wine – Tasmania delivers. The Apple Isle encapsulates everything great about Australia, from its cosmopolitan cities to its...

Hobart was founded in 1804, making it the second oldest capital city in Australia. Despite its mature age, the city remains relatively small and intimate with a population of approximately 215, 000. Hobart snakes along both sides of the Derwent River and is framed by Mount Wellington. Rugged beaches, historic Victorian architecture and a hip restaurant and bar scene are amongst just some of Hobart's many charms.

Hobart cruises travel down the Derwent River and berth at one of Australia's finest deepwater ports, the Hobart Port. The port is located in the heart of the Salamanca area, just a kilometre from Hobart's city centre.

Many of Hobart's highlights revolve around its culinary hotspots. Wine, seafood, fudge, cheese, innovative cafes and trendy bars provide hours of endless and tasty entertainment. As Australia's oldest brewery, the Cascade Brewery is one of the city's biggest attractions. Here you can take a tour and indulge in some beer tasting but be prepared to get some exercise; this historic building has over 200 steps. Chocolate fiends won't be able to resist a tour of the famous Cadbury Chocolate Factory where you will be tempted with a range of sweet treats.Take a tour of Hobart…

For something uniquely local, seafood such as Deep-sea Travella or Tasmania Lobster served with a local wine can't be beat. Another Hobart specialty is the unusual scallop pie, best bought at the Salamanca Market. If there's still room for more after your main, opt for a fresh apple pie made from locally grown apples.

After disembarking, make sure you wander the historic Salamanca Place, one of Hobart's most iconic landmarks. If you're there on a Saturday, don't miss the markets!