Gay and Lesbian Holidays in Bangkok 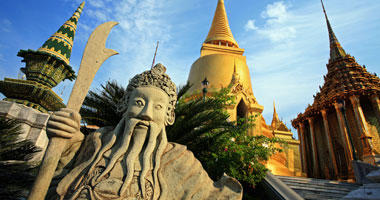 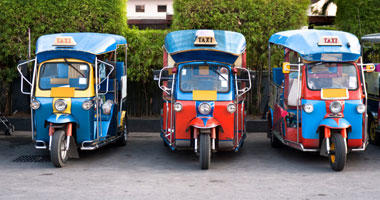 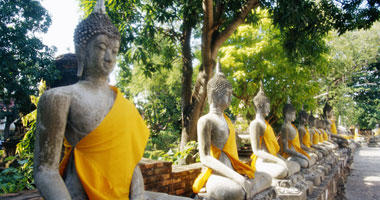 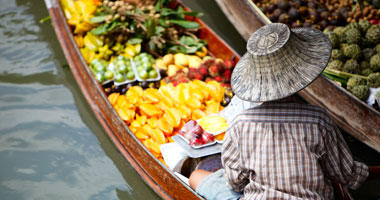 Bangkok as a Gay Destination

Thai people warmly welcome all visitors to their shores. As such gay and lesbian travellers will be greeted with a genuine smile and offered the same courtesies as any other guest in their land. Diversity and acceptance is part of the Thai culture and there are no laws outlawing homosexuality. It's relatively common to see katoey or lady boys walking through the streets without anyone even batting an eyelid. In fact the katoey Nong Tum received international attention for her role in the film Beautiful Boxer.

The Nightlife
Arguably the location of the best drag shows in the world, Bangkok certainly proves that you can never have too many sequins and feathers. Start your evening in Silom Soi 4 at either Telephone or Balcony, both bars are largely patronised by tourists. From the bars head to Silom 2 and continue your night at DJ Station, a nightclub that features regular drag shows interspersed with great rhythms. It would also be a tragedy to visit Thailand and not receive a traditional Thai massage – during the day or night.

Other Thai Destinations – Phuket and Pattaya
Travellers wishing to explore other Thai destinations may enjoy Phuket, an island on the west coast of the country. Phuket is a tropical Asian paradise that offers a range of resort style accommodation overlooking beautiful beaches and stunning turquoise waters. The town of Patong is the heart of the entertainment - where there are numerous bars hosting cabaret performances. Also the city of Pattaya, just south of Bangkok is famous for its nightclubs including Alcazar and Tiffany's.

Being a nation that accepts diversity, hotels in general throughout Bangkok and indeed the country will welcome gay and lesbians travellers without issue. The main tourist strip for travellers is Khao San Road. On the other hand, you may wish to stay near the gay nightlife in Silom Soi 4. The heart of the shopping district is the department store, MBK, so for a Thai shopping holiday check into a hotel in Patumwan.

Songkran
The famed Songkran Festival is celebrated in Thailand from April 13 to 16. While the event itself is a public holiday, the Thai gay and lesbian community in recent years have embraced the festivities to the delight of international guests who head to Bangkok to join in the fun. Many gay bars and clubs host special themed parties that encapsulate the spirit of Songkran including water parties and engage the help of internationally-renowned DJs to keep the crowd dancing well into the night.

Bangkok Gay Pride
Southeast Asia's first gay pride event was held in Bangkok in November 1999. The festivities centred around Silom and Surawong Roads with a colourful parade featuring spectacularly attired participants who engulfed the streets with colour and pride. Following the street party, enthusiasts converged on a nearby nightclub to boogie the night away and celebrate freedom. Discussion are under way regarding the future of Bangkok's pride festival.