Gay and Lesbian Holidays in Chicago 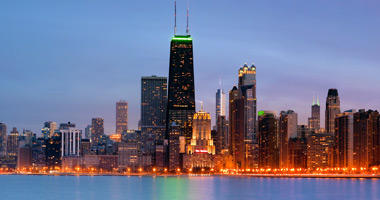 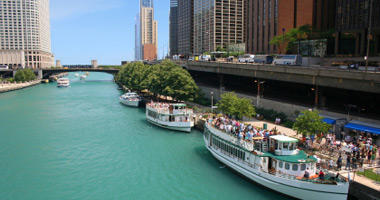 Tour Boats on the Chicago River 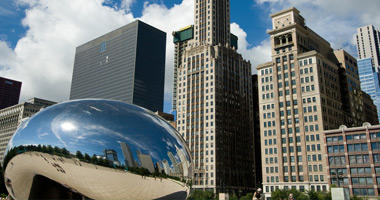 'The Bean' at Millennium Park 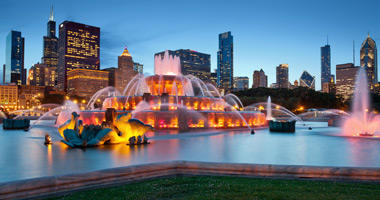 Chicago as a Gay Destination

Chicago's reputation is a significant gay destination was affirmed when the city hosted the Gay Games in 2006. Apart the entrenched gay scene, Chicago's cultural attractions are world class, the shopping is terrific and the restaurants serve incredible meals. This really is an all-round destination that caters to the tastes of all travellers.

The Beaches
With a beautiful location on Lake Michigan, holiday-makers will appreciate Chicago's 29 lakefront beaches. However gay travellers will enjoy the city's dedicated gay beach, Hollywood Beach or the Kathy Osterman Beach, as it's also called, in Edgewater – Sunday is the most popular day. This is picturesque part of the city and the nearby parklands are great place to explore.

The Nightlife
Chicago features two main gay districts. The first is located within the suburb of Lake View just to the north of the city centre. The area, known as Boystown is bounded by Grace Street, Diversey Parkway and Clark Street – just look for the gay flags and the iconic art deco rainbow pylons. North Halsted Street is the heart of Boystown and boasts many gay businesses, bars and clubs. Popular bars on North Halsted Street include Roscoe's, Sidetrack and the sports bar Buck's Saloon, which is one of the first dedicated gay bars to open in the area. The dance club Circuit is always well patronised, Berlin is a massive dance club, while Kit Kat is a great cocktail bar that entertains patrons with drag shows. Lesbians will appreciate Lost & Found, Star Gaze and The Closet.

The other gay area is Andersonville, further north from Lake View and near the gay beach. Popular bars in Andersonville include the chic Marty's, In Fine Spirits and Joie De Vine.

All hotels in Chicago will welcome gay and lesbian travellers with generous American hospitality. However, if you prefer to close to the nightlife, consider staying in Boystown.

Browse our accommodation options in Chicago.

Chicago Pride Parade
The first Chicago Pride Parade was held in 1970, one year after the infamous Stonewall Riots that galvanised the modern gay rights movements – around 200 participants gathered at Bughouse Square and marched to the Civic Centre. Today around 800,000 spectators watch the 250 floats move through the streets of central Chicago from Montrose to Broadway and finishing at Cannon Drive. This is a major event in the North American gay diary.

The Parade itself is the centrepiece of a month long calendar of events that celebrate diversity and inclusion. Throughout June there are workshops, theatre performances and dance parties, as well as athletic and political events. There are also fundraisers organised to raise money for local gay and lesbian charities.