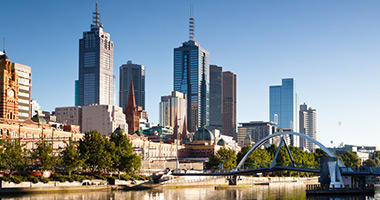 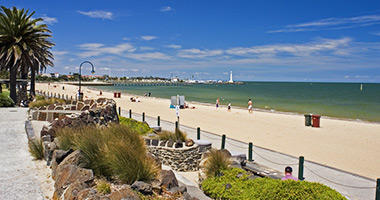 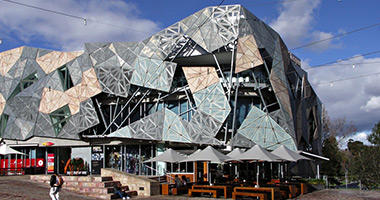 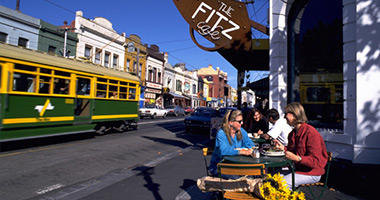 There are currently no products, please try again later.

Constantly finding itself a contender amongst the world's most liveable cities, Victoria's capital city Melbourne is known as a hub of all things creative. Considering it is the second largest city in Australia, Melbourne's atmosphere is relatively laidback (until it hosts an AFL game, that is). Catch a tram into the city and lose yourself in the street-art-adorned laneways home to underground bars, cafes swarming with arts students and office workers alike and boutiques boasting exclusively sourced labels. Locals flock to Melbourne's historic Queen Victoria Market for fresh produce, quality meats and regional wines, while serious shoppers frequent Burke Street Mall, Collins Street and the GPO.

It's not uncommon for a short break in Melbourne to centre around food. Cobblestone laneways exist in a permanent cloud of fragrant coffee with Melbourne's multiculturalism shining through in the diverse dining scene. Iconic Victorian-era architecture and contemporary institutions like Federation Square are the backdrop for countless festivals throughout the year. If you're wondering what to do in Melbourne on the weekend, chances are there is an event celebrating food, film, music, fashion, comedy or sport at any given time.

There is more to Melbourne around every corner so plan your weekend wisely to take in as much as possible! Book your hotel overlooking the Yarra River at Docklands, within easy reach of the beach at quirky St Kilda or in the indie-chic Fitzroy. Footscray, Richmond, Williamstown and Carlton are all worthy of a mention too with their unique inherently Melbourne spirit. The tricky thing about a weekend in Melbourne is knowing what to pack as the city is notorious for having four seasons in one day. Regardless, a short holiday in Melbourne is all you need for a hearty serving of live music, excellent coffee and tram-hopping to trendy city pockets.