The promise of adventure, relaxation and genuine hospitality, combined with cheap flights to Bangkok, make Thailand a hot destination. Direct flights to Bangkok from Brisbane, Sydney and Melbourne take around nine hours.

What to know before you fly to Bangkok?

If you’re thinking about the best time to fly to Bangkok, note that late December and early January is the coolest time to visit, but as one of the hottest cities in the world, you can still expect temperatures to be higher than 30 degrees Celsius. March to June is particularly hot, and the rainy season falls between July and October.

As Bangkok is a well-trodden tourist destination, some locals can speak English. It’s worthwhile learning some basic phrases before you leave home, and be aware that you should add kráp if you're a man and kâ if you're a woman to the end of sentences (this is polite). The Thai Baht (THB) is Thailand's official currency, and one baht is equal to 100 satang.

There are two airports serving Bangkok. The newer Bangkok Airport (BKK) is officially known as Suvarnabhumi Airport and lies about 30km from the city centre. This is the hub for international flights while Don Mueang (DMK), Asia's oldest operating airport, mostly services domestic flights. There are plenty of transport options available to get you to and from either airport. However, you need to make sure that you're at the airport a few hours in advance as there can be long queues and delays. 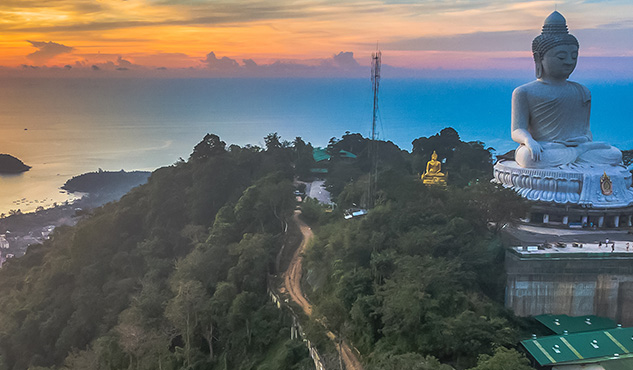