Melbourne is the gateway to cruising the waters of the South Pacific, New Zealand and the east coast of Australia. Cruises generally depart from a pier in the suburb of Port Melbourne, on Port Phillip Bay. Entering the Bay from Bass Straight is a majestic approach into Melbourne. 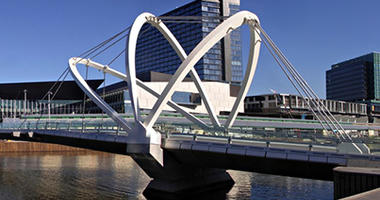 Melbourne is home to Victoria’s premier sea passenger terminal, Station Pier at Port Melbourne. This welcoming, relaxed, international and cultural city is the perfect place to start your holiday, as there is plenty to do before you embark on your cruise, including tons of restaurants, cafes, cultural destinations and leafy parks. The number of cruises departing from Melbourne is increasing year-on-year, with the main destinations being New Zealand, Tasmania and Australia’s Coast.

Melbourne's main cruising season is from November to April.

Melbourne’s Cruise Terminal, Station Pier, has three berths for cruise ships, and one that is the permanent home of the Spirit of Tasmania. It is easily accessible by public transport, including the tram (route 109) to Port Melbourne, a five minute walk from Station Pier. There is also a taxi rank at the terminal, as well as short-term parking at the Waterfront Place precinct, immediately adjoining Station Pier. Long-term parking is available at Tullamarine Airport, approximately 20km from the port, and connected to it by a regular bus service.

There is also an official Taxi rank on the pier when ships arrive.

Vehicles dropping off passengers who are boarding are actually allowed onto the pier. The pier is manned by security guards who will check that you have the appropriate boarding passes  before allowing access so have your documentation ready.

The Port of Melbourne is located moments from Port Melbourne and Southbank, with the CBD just on the other side of the Yarra River. There are also shops, restaurants and cafes located along the waterfront.

To book any of the deals, or for more information, call one of our Cruise Specialists today on 13 70 79 or enquire online using the email form below.