Staying in Sydney can mean so many things: harbour views from your Potts Point hotel, walking distance from world-famous Bondi Beach, boutique accommodation in Paddington or all-about-business near the airport. As Australia’s most dazzling city and a major world hub, Sydney accommodation covers just about every possibility, from luxury 5-star hotels to inner-city business suites and serviced apartments.

How will you find the right Sydney hotel? Read our guide to Sydney accommodation, below.

Choose your style of Sydney hotel

Sydney knows how to ‘wow’ visitors and accommodation is no exception. Top Sydney hotels pride themselves on going above and beyond, so if the 5-star treatment is what you like, you’ll have plenty of options in Sydney. If a more intimate experience of the city is what you’re looking for, you’ll find some very good boutique Sydney hotels. As a major commercial centre, Sydney is also overflowing with comfortable yet simple business hotels, many of which you’ll find in the heart of the city.

Where to stay in Sydney

The beaches, the hip inner west, Manly and the northern beaches, edgy Surry Hills ­– hotels in Sydney’s character-filled suburbs can give your stay a style all of its own, and just because you’re here ‘on business’ doesn’t mean you can’t get in a morning swim in the surf. Most of the city’s traditional business hotels are clustered around main thoroughfare of George Street in the heart of the Central Business District, though there are plenty of high-quality hotels on the fringe of the city centre in Darling Harbour and Circular Quay as well. The eastern suburbs are also dotted with boutique accommodation due to their proximity to the city, as is the inner west.

Best time to stay in Sydney

With an almost perfect climate, anytime is a good time to stay in Sydney. It’s a city with enormous capacity for crowds, road-tested when Sydney hosted the Summer Olympics, so even if there’s a major event or holiday, you’ll still be able to find somewhere to stay. That said, you’ll have the best choice of accommodation in Sydney if you’re not travelling in peak season, which is during the Australian summer months, from December through February. September is historically the driest month if you want to avoid rain, although the ocean temperatures are a little on the chilly side.

The public transport network in Sydney runs on a smartcard system called Opal. This card, when loaded with at least $10 credit, can be used on Sydney’s trains, buses, ferries, light rail and Metro, which is due to commence operation in 2019. Central Sydney is easy to navigate, with a choice of buses and trains servicing the CBD. Buses will get you to the destinations that the trains don’t reach, such as Vaucluse and Balmoral Beach. Ferries operate from Circular Quay to Manly, Sydney Olympic Park and Parramatta. Taxis are also an easy way to get around the city and keep in mind that if you’re hiring a car, many of the major link roads have significant tolls. 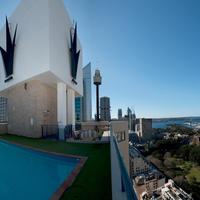 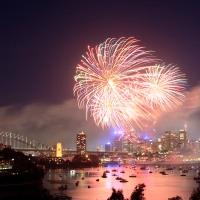 The hotel is just minutes from the pulsating excitement of Darling Harbour and Sydney, and is surrounded by lively restaurants, bars and cafes. It also offers easy access to Sydney buses, ferries and trains. Kingsford Smith International Airport is located 16 km away. The hotel features 91 accomm... 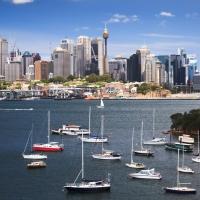 Pullman at Sydney Olympic Park is a unique 5 star hotel in the dynamic sports, entertainment, business and technology hub that is Sydney Olympic Park. The upscale hotel offers business travellers 218 rooms, meeting rooms for up to 220 people and wireless Internet in all areas. Enjoy panoramic vie... 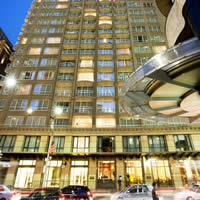 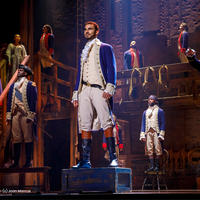 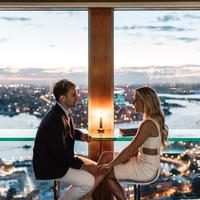 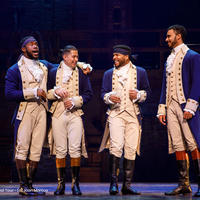 The hotel is just minutes from the pulsating excitement of Darling Harbour and Sydney, and is surrounded by lively restaurants, bars and cafes. It also offers easy access to Sydney buses, ferries and trains. Kingsford Smith International Airport is located 16 km away. The hotel features 91 accomm...

What’s the simplest way to arrange your accommodation in Sydney? Let one of our travel experts do it for you! As well as access to all the latest deals, they have insider hints, tips and a wealth of travel experience to draw on... and they love to create amazing holiday packages.