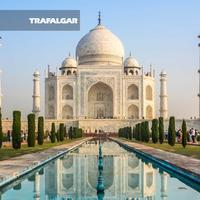 Get out there and discover why India is something special, from the vibrant streets of Delhi to the Pink City of Jaipur and the sunset romance of the... 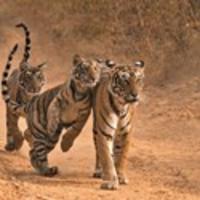 Essence of India with Ranthambore

Adventure across India—from the Presidential Palace of Delhi, to the tigers of Ranthambore and onwards to the pink city of Jaipur. Delhi impresses... 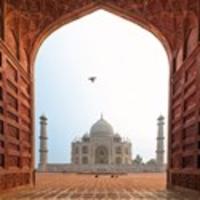 Set out on the journey of a lifetime as you meet the women who climbed Mount Everest in Kathmandu, step back in time to the Mughal Empire in Old... 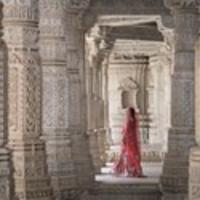 Luxuriate in Rajasthan as your dedicated Travelling Concierge charts an adventure across Delhi, Jaipur and Agra. Explore India’s capital your way...

See all tours in Delhi >>

India’s capital is a dizzying, sprawling metropolis where commercial hubs stand sprinkled amid temples, ruins and tombs. The striking and well-preserved Islamic monuments are in stark contrast to the frenzied crowds and traffic that lend the city a chaotic air. While it may be confronting for first-time visitors, if you take the time to scratch below Delhi’s surface on an organised tour or excursion, you’ll unearth a rich culture and treasured collection of historical gems.

The city of the Mughals dates back to the 17th Century. The Islamic pocket of Old Delhi offers the perfect opportunity for you to immerse yourself in the daily culture and local lifestyle. Get your bearings onboard a hop-on hop-off bus on one of two routes. Relax in air-conditioned comfort between the city’s most revered attractions, and hop on and off at your leisure at sites such as Jama Masjid and the Heritage-listed Red Fort.

While the city is not exactly pedestrian friendly – districts are sprawling and street-side touts are notoriously tenacious – there are areas that can easily be discovered on a walking tour. Led by a knowledgeable local guide, you’ll come across temples and impressive mansions known as ‘havelis’, and get lost among the sights, smells and sounds of vibrant marketplaces, including Chandi Chowk.

The treasures of New Delhi and the south

The commercial district of New Delhi is worlds apart from Old Delhi. Boulevards lined with verdant greenery have a distinct British feel about them – after all, the city was the empire’s key possession. Meander through Rajpath and explore the museums, before stopping at the imposing India Gate to pay your respects to the World War I Indian soldiers.

Further south, delve into the mysteries of Delhi’s World Heritage sites. Join a guided tour of Humayun’s Tomb, one of India’s first garden burial sites, and the inspiration for later Mughal-style architecture. A handy tip: photographs of the monument are best taken late afternoon. Delhi’s third Heritage-listed site is the red sandstone Qutb Minar tower. Explore the first monuments of Muslim India, including the Quwwat-Ul-Islam mosque, Alai Minar and the Iron Pillar.