Hong Kong is an exciting waterfront metropolis, teeming with skyscrapers and surrounded by mountainous subtropical forests. With English spoken by so many of the locals, Hong Kong is sometimes considered the gateway to Asia and an ideal starting point for exploring the region. Accommodation in Hong Kong is plentiful, and many of the best hotels give you sweeping views of the city. Whether you’re in town for business, for pleasure, for a stopover, or for a shopping spree, there are Hong Kong hotels to suit every taste and budget. Check out our introduction to Hong Kong accommodation, below.

As one of the world’s financial powerhouses, there’s a good range of Hong Kong accommodation that fits into the 5-star category. Other styles of accommodation in Hong Kong include hostel, guest house, and hotels that range from budget up to first-class. Apartments are another option and a good choice if you’re travelling with a group. For example, the Kowloon Harbourfront Hotel has 1- and 2-bedroom apartments, making this an ideal hotel for families – a great find in Hong Kong.

Where to stay in Hong Kong

Hong Kong can be divided into in three main areas: Hong Kong Island, Kowloon Peninsula and the New Territories, which includes outlying islands as well Hong Kong’s largest island, Lantau. Most of the accommodation is located on either Hong Kong Island or the Kowloon Peninsula, although the popular Hong Kong Disneyland Resort has three different hotels on site. Central is in the heart of the financial district of Hong Kong but also a good place to stay due to its proximity to two of the cities favourites spots: Victoria Peak and Lan Kwai Fong. On the mainland, Tsim Sha Tsui (known as TST) is also a popular place to stay in Hong Kong, because it’s close to Victoria Harbour and that stunning Hong Kong skyline.

Autumn, from October to early December, is generally regarded as the best time to stay in Hong Kong because that’s when the weather is sunny and cool. June to August is hot and rainy. In spring, the weather can be very changeable, with fog and rainfall limiting the sunny days. Summer, from May to September, is hot and humid with showers, thunderstorms and – at worst – typhoons. Winter is also a good time to visit, with plenty going on around Chinese New Year. If you’re planning a trip, be aware of China's semi-annual ‘Golden Week’ holidays; these are two 7-day holidays, one in late January or early February, the other around early October. Tourist attractions will be extra crowded at these times.

Getting around Hong Kong

Hong Kong’s mass transit railway system (literally, the MTR) covers most of the city and is clean, fast and safe. There are around 90 stations on nine underground and overland lines, with departures roughly every 15 minutes. Hong Kong also has an extensive and efficient bus network, with buses taking you to the regions not covered by the MTR. Crossing the harbour, there’s no question that the Star Ferry is the way to go. It has two routes, with the most popular running between Central (Pier 7) and Tsim Sha Tsui. This has to be one of the most spectacular ferry rides in the world and an iconic thing to do in Hong Kong. 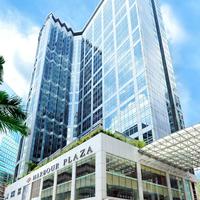 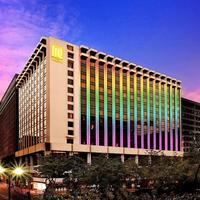 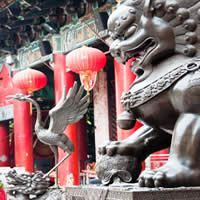 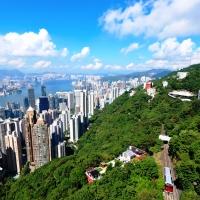 A Glimpse of Hong Kong 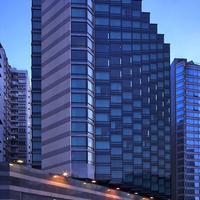 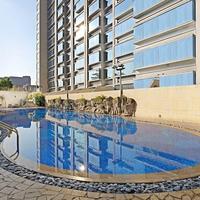 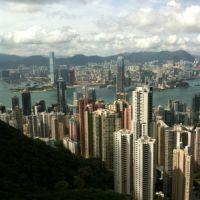 What’s the simplest way to arrange your accommodation in Hong Kong? Let one of our travel experts do it for you! As well as access to all the latest deals, they have insider hints, tips and a wealth of travel experience to draw on... and they love to create amazing holiday packages.