As an archipelago of more than 80 islands, Vanuatu is a Polynesian paradise, with both upscale resorts, remote eco retreats and simple beach houses on offer. There’s something for families, couples, solo travellers, scuba diving enthusiasts and anyone who just wants to enjoy a blissful break in some of the world’s most stunning natural surroundings – for every holiday budget, too. If you want to find out more about where to stay, check out our introduction to Vanuatu accommodation, below.

Choose your style of Vanuatu hotel

No matter what style of Vanuatu hotel you choose, there’s no question that this is a holiday in paradise. If luxury is big on your wishlist, there are plenty of top hotels, villas, or bungalows that will make you feel completely at ease. The 4.5-star Iririki Island Resort is one of these, being an island resort close to the action of Port Vila, great for families and couples, with its own private beach. Self-contained apartments are another big hit with families, and Poppy’s on the Lagoon is a very comfortable, 3.5-star Vanuatu hotel which offers 3-bedroom self-contained apartments on Erakor Lagoon.

Where to stay in Vanuatu

Most of the accommodation in Vanuatu is located on the main island of Efate, which is home to the capital, Port Vila, or up on the larger island of Espirito Santo. Espiritu Santo is the largest island in Vanuatu and the location of the archipelago's second airport, Pekoa. Santo, as it is sometimes known, lures scuba divers keen to scour the wreck of the SS President Coolidge before retreating to their Luganville hotel after a day in the deep blue. Port Vila offers the advantage of being the most bustling town in Vanuatu, with cafes, restaurants, bars, an eclectic crowd and the hint of the French influence from the nation’s past.

Best time to stay in Vanuatu

Vanuatu enjoys a warm temperature all year round and is the perfect tropical escape from Australia’s winter. May to July is high season, when Vanuatu is warm and mostly dry. November to March is cyclone season and prone to high humidity with afternoon thunderstorms. If you’re visiting Vanuatu for the snorkelling, visibility is best in the dry season, between April and October. The islands are busiest during the Australian school holidays, but this is also when Vanuatu has its most buzzing vacation atmosphere, and the perfect time to meet like-minded travellers and make some new holiday friends.

If island hopping is on your agenda in Vanuatu, flying is a fast and affordable way to get around – just allow a little flexibility when it comes to departure times. Vanuatu has international airports on the islands of Efate and Espiritu Santo, with many other smaller airports dotted throughout the archipelago. Port Vila and most of the country’s smaller towns are easy to navigate on foot, while local taxis in Port Vila are convenient and inexpensive. If you love to be out on the water, see the best of Vanuatu by chartering a boat and sailing between your islands of choice. 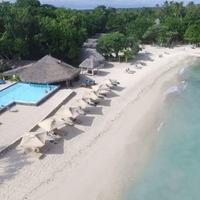 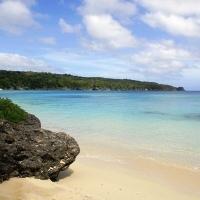 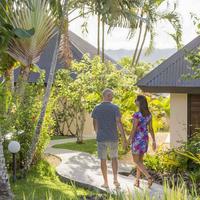 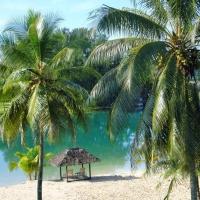 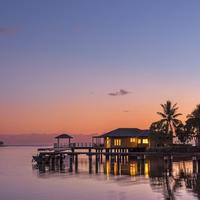 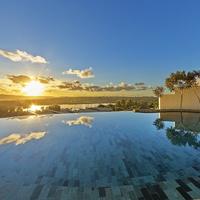 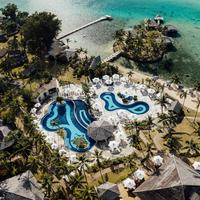 What’s the simplest way to arrange your accommodation in Vanuatu? Let one of our travel experts do it for you! As well as access to all the latest deals, they have insider hints, tips and a wealth of travel experience to draw on... and they love to create amazing holiday packages.

Hotel Deals in the South Pacific