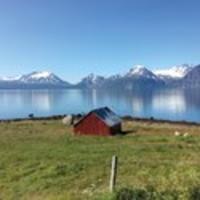 Treat your senses to a tour of Scandinavia’s towering mountains, crystalline fjords and Viking history. This immersive itinerary showcases the spires...

See all tours in Copenhagen >>

Copenhagen has emerged as the place to be. It is Scandinavia's most popular city and a destination where cutting-edge design, fashion and food rule. Its distinct style and a stunning setting give it a traditional charm that often leaves visitors wanting to return moments after leaving. It couldn't be easier to take it all in with a number of tours showcasing the city's best assets. Cycle, Segway, cruise or eat your way through this beautiful Danish capital.

The culinary scene in Copenhagen is a star-studded affair, boasting the highest number of Michelin-starred restaurants in Scandinavia. From fine-dining to local bistros, Copenhagen eateries have become known for their inventive flair and fresh, locally sourced produce.

What better way to get to know a country than through the food? Particularly when it comes to a city known for producing some of the best dishes in the world. Copenhagen food tours are an increasingly popular way to tour the city. A guided walk through leading shops and restaurants lets you sample local dishes while learning the history behind Danish cuisine.

Copenhagen's cityscape is made up of a spectacular combination of old and new, blending historic marvels with modern masterpieces. From the waterfront monuments to the exquisite castles, this city provides delightful surprises around every corner. This diversity of design makes for unforgettable sightseeing and there are a number of ways to see the best of Copenhagen.

There are several options when it comes to viewing Copenhagen's highlights, each offering a unique perspective. Customised running tours have active travellers taking a guided jog through the city's sites, while canal cruises see the city from the waterfront. Segway and cycling tours are also popular, and hop-on hop-off buses are available.